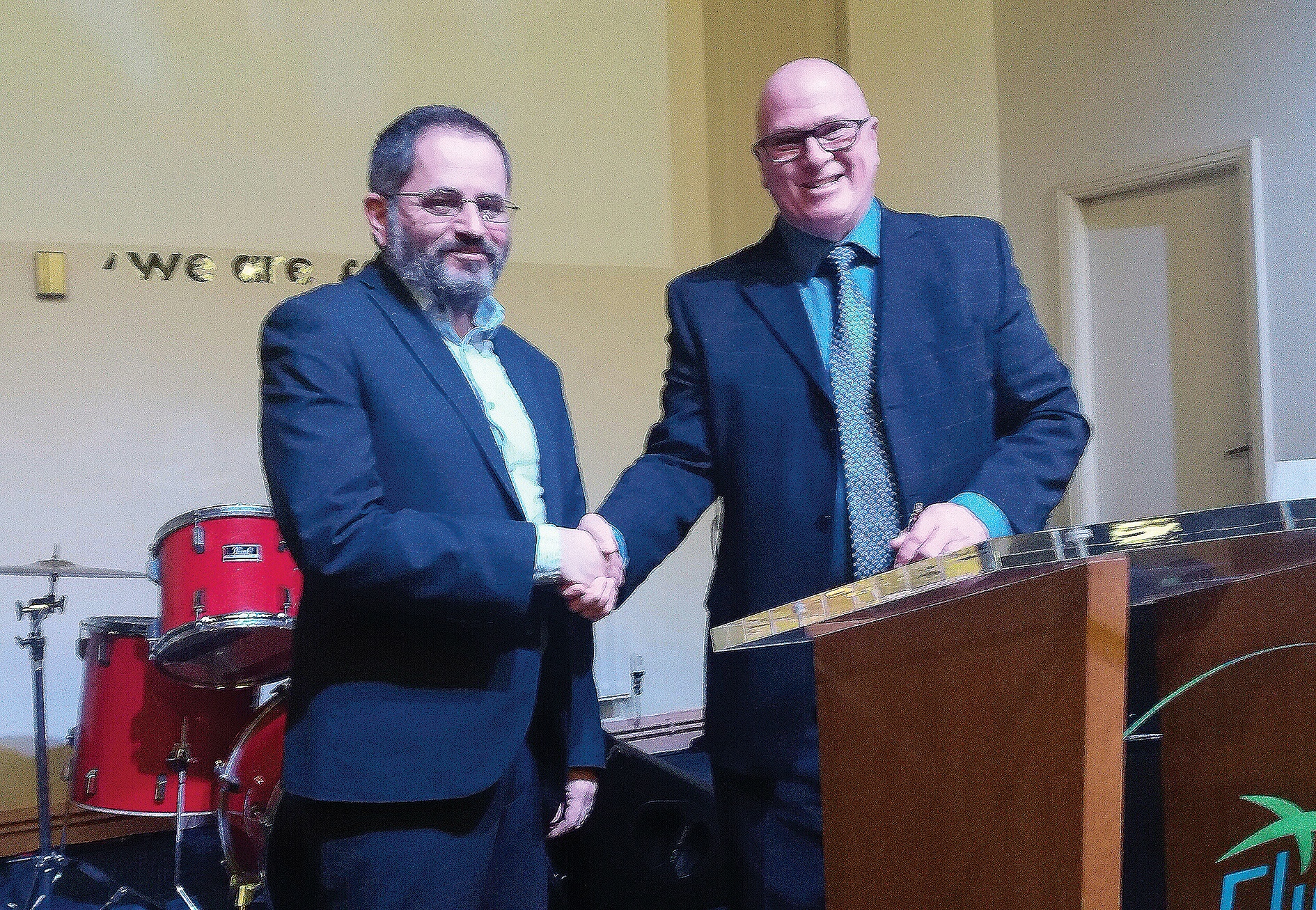 Over 70 people representing churches in North Staffordshire including members of the Jewish community came together at Longton Elim church in Stoke-on-Trent for a Holocaust Memorial Service on January 19.

Special guest was Steven Jaffe, who oversees the Shalom Declaration, which hundreds have signed as a commitment to pray for the peace of Jerusalem, fight anti-Semitism and promote solidarity with Israel. At the end of the service Paul Dunne, Pastor of Longton Elim, signed the Shalom Declaration on behalf of the church.

Looking at the theme for this year, ‘How can Life Go On,’ Mr Jaffe said: “The Shalom Declaration, which has been signed by over 200 churches, is one of the ways Christians and Jews can make a difference by standing together to combat anti-Semitism in this country.”
The Holocaust Memorial Day, established in 2005, is marked each year on or near January 27, the anniversary of the liberation of the Nazi death and concentration camp, Auschwitz Birkenau. Over six thousand events have taken place throughout the United Kingdom and Northern Ireland to remember the six million Jews who perished.