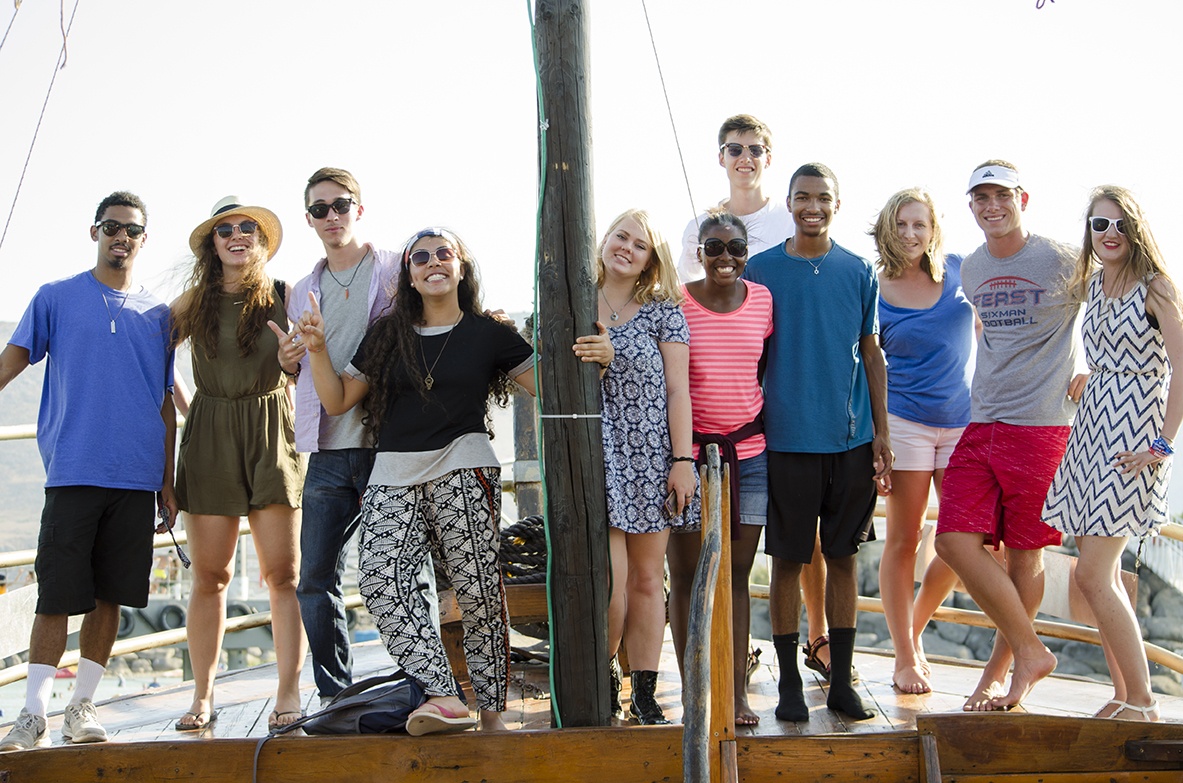 An international group of millennials have seen the Israeli-Palestinian conflict in a new light after engaging with both sides – and being shocked by what they discovered.

A party of 11 young people from seven nations were brought together for the chance to understand issues from the point of view of those living there.

They were deliberately not primed to view things from any particular perspective in order to allow them to form their own conclusions through interviews and talks with representatives of both Israelis and Palestinians.

Their three-week trip was recorded on film for a feature-length documentary called ‘Quest for Truth’, now available on YouTube.

It was produced by Generation 2 Generation, a UK-based organisation founded by Andrew, Daniella and Daphne Kirk, whose vision is to inspire the next generation with an uncompromising passion for Jesus.

The film’s young ‘stars’ – from Germany, the USA, the UK, Norway, Japan, Brazil and South Africa – were introduced to community leaders in the Palestinian territories as well as in Israel itself.

Not surprisingly, most of them are strongly influenced by social media which generally portrays a narrative of Israel as big bullies of an oppressed people. But they were profoundly shocked to discover that the truth was very different.

“I’ve been lied to,” said one. “You realise how false these stories are,” said another.

The Deputy Mayor of Bethlehem, Essam Juha, was forced to explain why a swastika was inscribed into the fabric of the hotel where they met him. He said it was because Israel had humiliated nations in the same way as they had been treated.

After hearing how Palestinians see the Israelis as occupiers of their land, they were taken aback by the response of Arab pastor, Naim Khoury, who asked: “What occupation?” And as he turned towards the windows, he added: “Where is the occupation? We are completely under the Palestinian Authority.”

The point was further brought home by a member of the group, who observed: “I have not seen one IDF (Israeli Defence Force) soldier, or Israeli flag.”

A further learning curve involved meeting Col Danny Tirza, architect of the notorious security wall built to keep out terrorists, who said he wanted to be the first to begin taking it down when peace finally came. But in the meantime the murder rate from terrorism had been cut by 90%.

In the southern city of Sderot, meanwhile, the millennials practised throwing themselves to the ground in a rocket-proof playground. People of Sderot can have as little as 15 seconds to run to a bomb shelter when sirens warn of regular incoming missiles from Hamas in nearby Gaza. This playground had a shelter so that the children would have an immediate bolt-hole, but still have to dive if they dare to dawdle.

The group also visited Jerusalem’s Yad Vashem Holocaust museum where a tearful young British woman, Megan, was visibly shocked by the way her country – in charge of the region then known as Palestine – closed the doors to Jews trying to escape Nazi-occupied Europe.

We will see a day when abortion is unthinkable