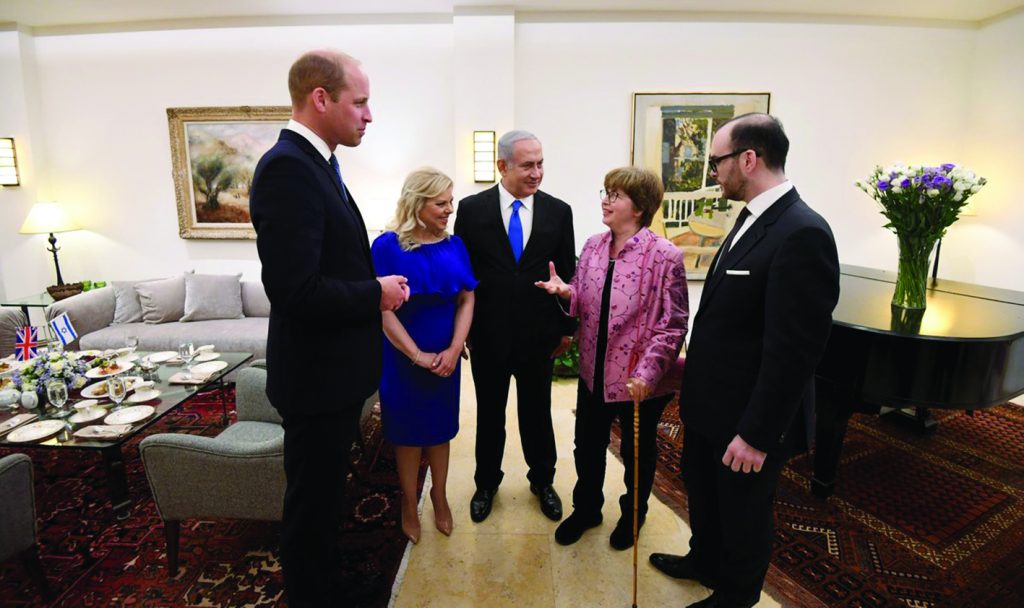 In 2018, Prince William met descendants of Haimaki and Rachel Cohen, saved by his great-grandmother Princess Alice during the Holocaust (Picture from Israeli PM’s office)

The first official visit to Israel of Prince Charles is expected to contribute to a positive new era in British-Israeli relations. The heir to the throne was scheduled to attend January’s World Holocaust Forum at Yad Vashem following the 2018 state visit of his son, Prince William. Charles is also expected to visit the grave of his grandmother, Princess Alice of Greece, who is recognised by Yad Vashem (Jerusalem’s Holocaust Memorial) as a ‘Righteous Gentile’ for hiding a Jewish family from the Nazis.