Mayor hounded out of office

A Christian town mayor has resigned after being vilified by gay activists for his biblical beliefs. 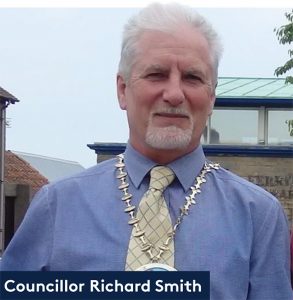 Mayor Richard Smith says he has been ousted by “the minority mob along with those wishing to score political points and who have a God-phobia” Credit: Christian Concern

Richard Smith’s resignation letter said: “It is a matter of sincere regret to me that those personal views have been so tragically and outrageously twisted and reported on in order to discredit both myself and my faith.”

He stepped down as Chair of Ferryhill Council in County Durham in July due to “a torrent of abuse online” and criticism in the local and national media.

Mr Smith, who is also a pastor at Emmanuel Christian Fellowship in Ferryhill, shared an article on Facebook that called homosexuality a “sin” and a comment that people are not allowed to “speak the truth” about transgenderism.

Some local councillors and residents called for Mr Smith to go, and local drag queen Tess Tickle’s views, given exposure by the BBC and supported by The Northern Echo, led to an online vendetta against Mr Smith.

Despite 5,540 people signing a petition supporting him, and a Northern Echo poll that showed 56 per cent of readers wanted him to stay, Mr Smith felt he had to go. He said his church, family and colleagues had all been threatened, and his “ability to serve the people of Ferryhill” would “always be subject to disruption and intimidation”.

Andrea Williams, chief executive of Christian Concern, said, “an aggressive lobby is determined to distort those [biblical] views, take them out of context, and ultimately silence and remove anyone who adheres to them.”

Mrs Williams also spoke in support of Mr Smith at a special council meeting in the week after the resignation, on 13 July, where local Christians showed their support.