LIBYA: BY THE TIME YOU READ THIS, THESE CHRISTIAN MEN MAY BE DEAD 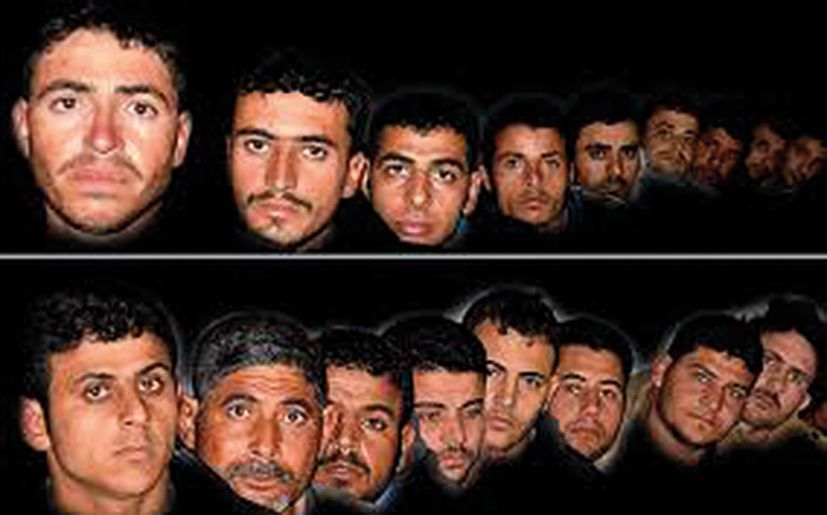 IT IS POSSIBLE that 20 Christian Egyptians abducted by the Islamic State of Tripoli in Libya could be dead by the time you read this.

However an urgent call for prayer has been issued by Christian Freedom International (CFI) for the migrant workers who have been tortured with ‘unspeakable abuse’ and now likely face executions by beheadings.

The abductions happened in two separate incidents. Seven men were abducted from a microbus in Sirte city by Ansar Al-Sharia militants when en route home to loved ones in Minya, Egypt on November 29.

Islamists from the same terror group took 13 men, originally from Awar village in Minya, at gunpoint from a housing complex in the city on December 3. Some 16 other Coptic Christians escaped in the latter incident.

The 20 men have all been held in the same location shackled in chains. Photos of the men showing their suffering have been published by the militants on a website (see image).

Farmer Bisheer Estefanos, from Minya, recognized his brothers Bishoy and Samuel in the group. Both men had travelled to Libya hoping to earn money to raise their own families.

He said: “All we can do is pray to God for help. Their mother is tired of crying.”

Jim Jacobson, of CFI, said the publication of the images meant a mass execution was likely soon.

He said: “The Egyptian Christians were employed as low paying migrant workers in nearby Libya. It is almost impossible for minority Christians to find work in Egypt, as they are highly persecuted and marginalised. Muslim extremism is on the increase in Libya and hatred of Christians is growing.”

*Teenager Catherine Magdi Sobhi, whose age was reported differently on various news channels, was abducted by Islamist militants on December 23. Her parents Dr Magdi Sobhi Tawfika and his wife Sahar Talat Rizk were shot dead. Sisters Carla, 10, and nine-year-old Carol were left with the bodies of the murdered parents. The Cairo Post later reported her body had been found in the Libyan desert.