Jean Vanier, champion of the vulnerable

He founded two international organisations for people with intellectual disabilities, L’Arche (The Ark) and Faith and Light.

The son of the 19th Governor General of Canada, Vanier served during World War II with both the British and Canadian navies, but in 1945, on a visit to Paris where his father was the Canadian Ambassador at that time, he visited a recently liberated Nazi concentration camp and was forever affected by the experience.

In 1950 he left the navy to study philosophy and theology, which led to a professorship in Toronto. 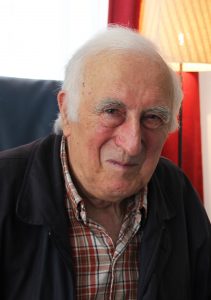 But he made it clear he was determined to follow Jesus, which led to his founding the first L’Arche community in Trosly-Breuil, France, in 1964. Visits to a psychiatric hospital had made him realise the need for homes where people with special needs and their carers could live together as equals.

Jean Vanier’s legacy is 147 L’Arche communities in 35 countries and 1,800 Faith and Light support groups in 80 nations.

The UK’s 12 centres include Bognor Regis, Canterbury and London.

Vanier received numerous awards including the Officier de la Légion d’Honneur in 2002 and the Templeton Prize in 2015.

Archbishop of Canterbury Justin Welby said Vanier sought to “turn society’s assumptions about the strong and the weak upside down”.