Homosexuality book on its fourth imprint 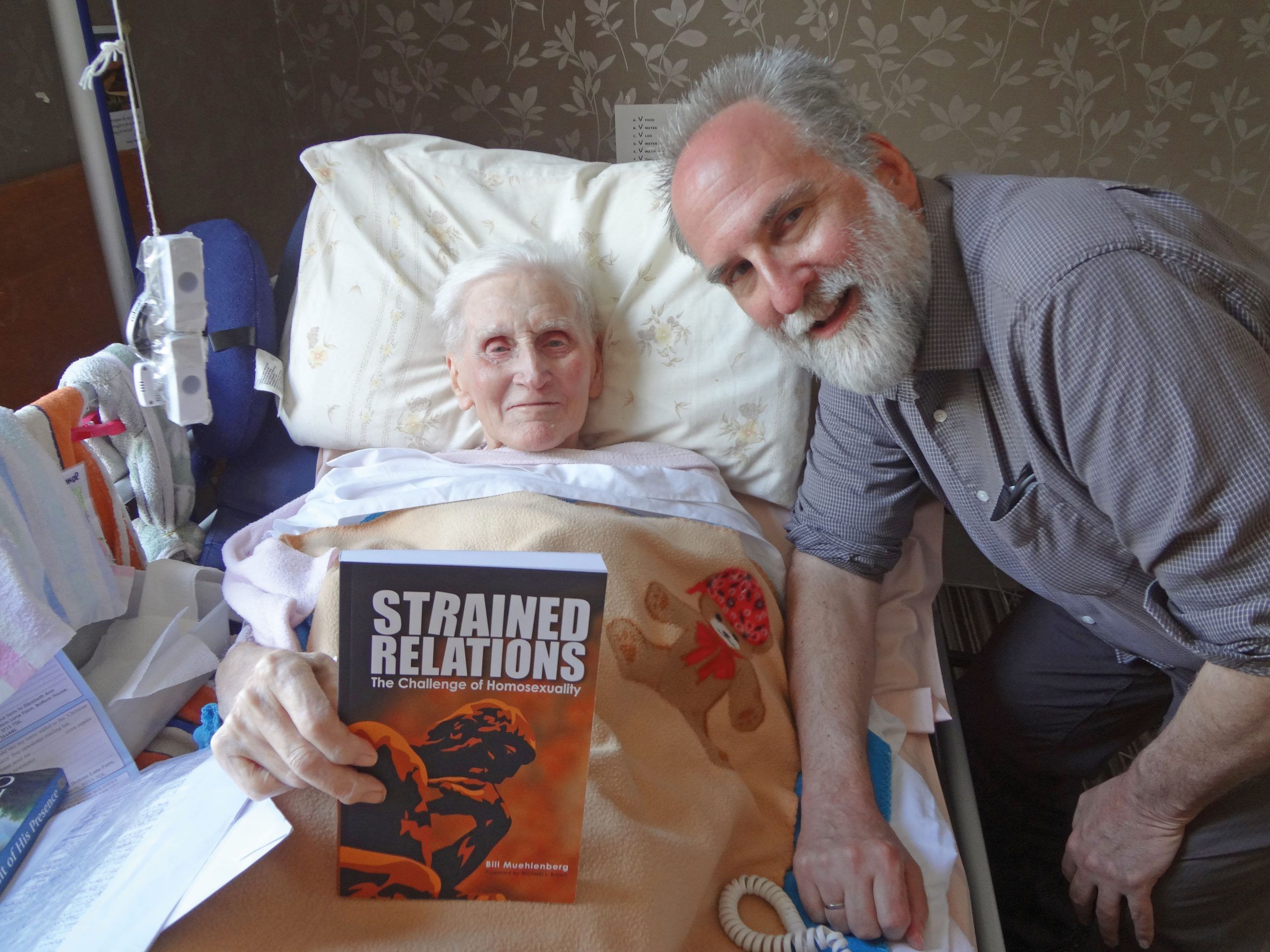 TWO CAMPAIGNERS from opposite ends of the world met for the first time to discuss their passion for biblical truths and social issues.

Bill Muehlenberg, 61, an apologist and ethics commentator, from Melbourne in Australia, popped in with his wife Averil to see 94-year-old Steve Stevens DFC at his home in Worthing on May 15.

Mr Muehlenberg has been touring Europe to promote the fourth imprint of his book, “Strained Relations: The Challenge of Homosexuality” and to speak at various campaign events.

Mr Stevens said: “I’m staggered that Bill was prepared to come and see me. He has been doing the same things as me over the years, such as speaking at public rallies.”

The Australian academic told HEART that his passion for truth and justice issues started during his “hippy” days in the 1960s before he became a Christian. He was especially concerned about pro-homosexual churches in the West, believing that the Church had neglected to stand up for traditional family values in the face of aggressive secularism. “Strained Relationships” was written over a 20-year period in response to questions about the issue from the public.

“The book was written for both Christians and non-Christians,” added Mr Muehlenberg. “Firstly, for looking at the truth of the issue of homosexuality. Secondly, reviewing the biblical understanding. Truth is important and we need to get truth back in the public arena. Secularists currently control things such as the arts and media. Getting the truth out there is God’s deal in the story.”

Hard work was needed by believers in the West to combat the current neo-pagan culture which has bred homosexual legislation, according to Mr Muehlenberg, who cited the historical example of campaigners such as William Wilberforce who overturned the slave trade.

He said: “There are lots of things we can do to help, working in AIDS hospitals, millions of things – but we have to do something. Two thousand years ago you had a Christian minority who transformed the world. Christians need to address the issues of the day. We are called to be salt and light in every area of life. It is going to take a lot of work.”