Greece: Christian refugees “in fear of their lives” 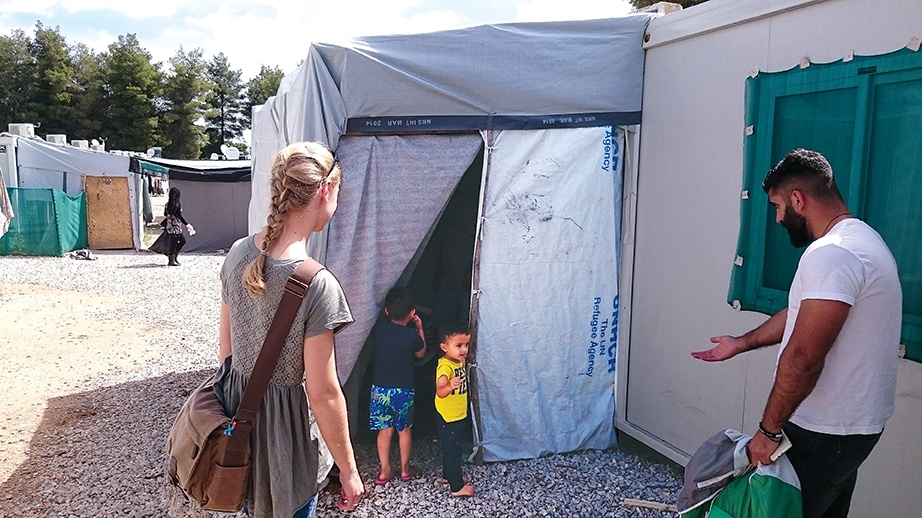 Ex-Muslims have been assaulted and threatened in migrant camps

Muslim converts to Christianity are being threatened and cut with knives in Greece’s migrant camps, a recent report from the International Christian Consulate (ICC) has revealed.

“The same ideologies that fuelled the atrocities against Christians in their homelands have migrated to Europe’s refugee camps,” ICC’s founder, Yochana Darling, told HEART.

“Most of the Christians who had converted to Christianity from Islam live in daily fear for their lives, being forced to live covertly among hostile members of the community who consider apostasy worthy of death.”

Zahrah, a migrant from Syria, said: “If we wear a cross, people attack us. We are
attacked in the food lines and sent to the back because they say the food is not for Christians.”

“They tore our Bible and took our stuff. They tried to destroy everything,” said Fatimeh from Syria.

Ali, also from Syria, asked: “In our country we weren’t safe. We ran away to come to a safe place. But it’s not safe here … Why should we sleep and be afraid? Why can’t we go out at night from our room?”

An anonymous man from Iraq said: “We had a worship song playing and the Muslim people came and beat us. They broke our music player. They destroyed all my documents and things.”

“Because I said I’m a Christian and I love Jesus, they attack me. They say I am Kaffir, I sold my religion and Islam says they have to kill me,” said Abdo from Iraq.

The ICC, based in Athens, remains the only organisation in Greece that specifically focuses on providing support and sanctuary for Christian refugees. Christians and other religious minorities represent just 2 per cent of the migrant population.

Yochana Darling says that Christians “fall through the gaps” when trying to access humanitarian aid: “Europeans struggle to understand how Christian refugees can be a religious minority in Europe… Europe’s refugee camps have become microcosms of the Middle East, with day centres equally unsafe, so Christians cannot easily access support or protection.”

With thanks to the International Christian Consulate