“God loves older people and holds them in high regard” 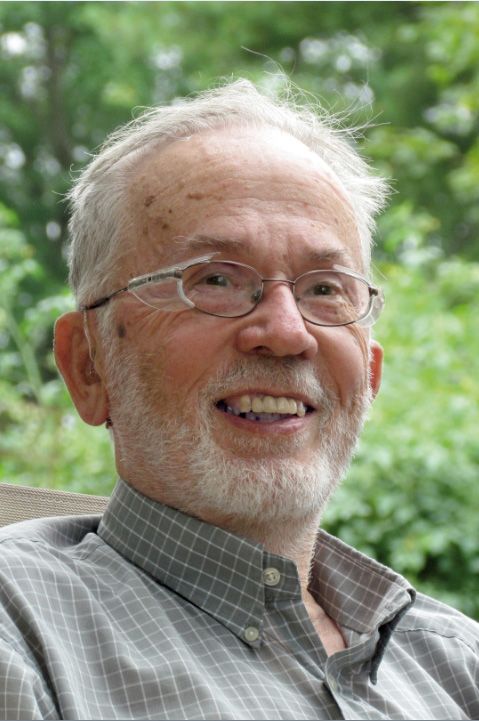 Finding Peace and Purpose in a Long Life

“Rich in Years” arrived on my desk with a note that the publisher would like to make free copies available to participants of our conferences on “Issues of Old Age”. The Pilgrims’ Friend Society has been caring for older people for over 200 years, and our conferences are to share our experience and knowledge with other, like-minded Christians; but at the heart of our ministry is the care we give in our residential homes, and housing.

So I was taken aback to read in the foreword that the writer detests “the proliferation of nursing homes. Most old people should be living with the family and dying at home.” It seemed to be a touch other worldly as our residents are mostly receiving the sort of intense, specialist care that their families are not able to give, especially those with dementia. But Plough is the publishing house of the Bruderhof, a movement of Christian communities in the Anabaptist tradition, and while the book is informed by their worldview it does have some helpful and uplifting things to say.

The bias toward community living pops up throughout the book. For instance, the author states that “growing old with dignity is very much dependent on the three generation family or its equivalent of neighbours and community who surrogate for the extended family.” Many people, including our residents, do not have that “three generation family”, but they do have their dignity. One resident, a former missionary, told me that because she has no-one at all left to her in the world, her church has taken on the role of family for her.

Arnold writes that our society has lost perspective on growing old, and idolises youth, vigour and bodily health, but God loves older people and holds them in high regard. We do not have to assume that our best days are behind us when we are old: Moses was 80 when he led the Israelites out of Egypt. And we need not be physically fit to have purpose in old age. He tells of a man who visited prisoners in the local jail and kept in touch with them by mail when they moved, corresponding with dozens.

To overcome loneliness in today’s fragmented society, where children and grand-children are dispersed far away, he envisions “a multitude of the nation’s churches, temples and mosques forming local interfaith coalitions to recruit and train volunteers, many of them elderly themselves, to serve the needs of people with serious disability and with inadequate social support.”

Many people with dementia lose the ability to communicate clearly, but Arnold writes that “we do not understand them because we just do not have the key to their rich world. Only those who find this key will experience the so-called ‘windows’ that open even at the very last stages of Alzheimer’s. These windows open right onto eternity. “

He may be describing the “rementing” that patients experience, momentarily regaining powers that carers had thought to be lost, with the person reappearing through the fog. There are examples of “rementing” at different times, but in our experience they are glimpses of the person and are wonderful and comforting, but not of eternity. But he states, reassuringly, that the spirit of the person is not affected by the dementia.

The book is written with a gentle spirit. There are a number of interviews and stories of older people, and many uplifting thoughts and relevant Scripture verses. The book ends with the apostle John’s recording of Jesus’ statement, “I am the resurrection and the life. The one who believes in me will live, even though they die; and whoever lives by believing in me will never die.” John 11:25-26).

Louise Morse is media and communications manager with the Pilgrims’ Friend Society. She is a cognitive behavioural therapist (CBT,) and her Master’s dissertation was on CBT to mitigate the dementia caregiver’s burden.

She is author of books published by Lion Monarch, including Could it Be Dementia? Losing your Mind doesn’t mean losing your soul: Dementia: Frank and Linda’s story, and Worshipping with Dementia. She and her colleagues write and speak on issues of old age.

Louise will be speaking at the Christian Resources Exhibition on 14 May – see the advert in the Events section.