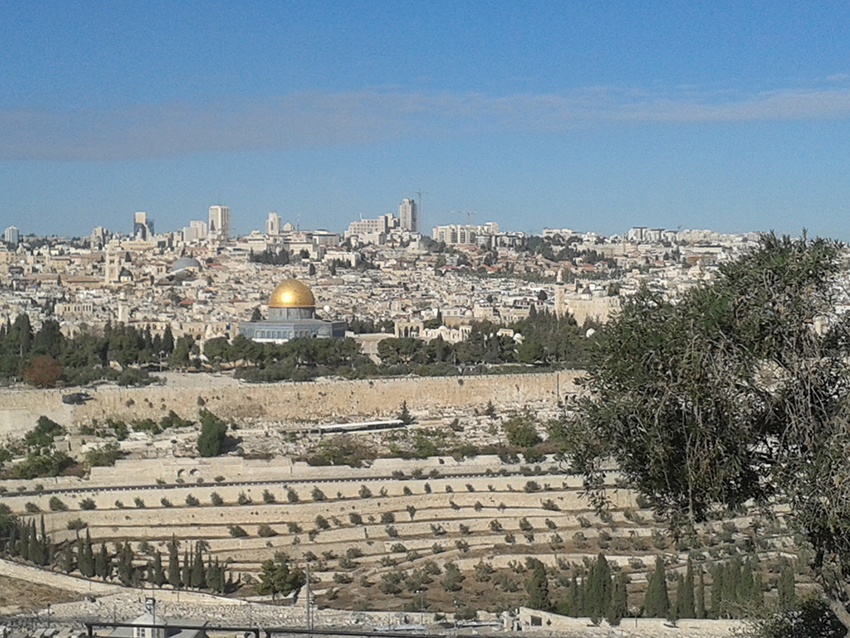 Britain and the West succumb to brainwashing on an unprecedented scale

We are currently witnessing a worldwide battle of the ages between truth and lies. And in recent days much of this has been focused on Israel – specifically at a conference in Jerusalem called GAFCON and on the northern borders of the Gaza Strip.

At the Global Anglican Future Conference, attended by nearly 2,000 Anglican leaders from around the world, a British evangelist warned of the Holy Spirit departing from the traditional Anglican church if it continued to despise the authority of Scripture.

Rico Tice was giving an interview at the third such convocation of this body since its inception ten years ago for the purpose of maintaining the truth of the Gospel in the face of growing apostasy including support for same-sex relationships.

Not many miles away, on the borders of Gaza, another battle for truth is being waged as the media are largely determined to spew out lies and propaganda in support of the Palestinian narrative. It was reported that Israeli soldiers had killed a baby caught up in the riots over the alleged right of Palestinian refugees to return to Israel. But it later emerged that Hamas leader Yahya Sinwar had paid a Gazan family to lie about eight-month-old Leila al-Ghandour dying from tear gas inhalation rather than from a pre-existing medical condition1.

Readers may well wonder how Palestinians, or anyone else, can get away with so much deceit. But as Israel Today journalist Ryan Jones puts it, “many, if not most, Palestinians have no problem telling bald-faced (sic) lies in order to smear Israel and advance their own nationalist agenda. This is because Muslims are permitted to lie to ‘infidels’ in service to Islamic causes, a concept known as taqiyya”2.

The prophet Isaiah spoke of such wickedness when he wrote: “…Justice is driven back and righteousness stands at a distance; truth has stumbled in the streets, honesty cannot enter. Truth is nowhere to be found, and whoever shuns evil becomes a prey.” (Isaiah 59:14f)

What a shoddy business. And the same people who are so ready to condemn Israel for defending her right to exist are engaged in the wicked brainwashing of Western nations on an unprecedented scale into believing that same-sex relationships are perfectly normal. Nazi Germany’s lies about the Jews led to the systematic murder of six million people. With few exceptions, the German people blithely accepted the doctrine that Jews were a cause of all their economic and other problems, partly due to the intimidating nature of rule under the Third Reich. It was a doctrine, much like today’s new teaching on sexual ethics, that brooked no dissent, with the result that those who objected often paid with their lives.

Today, going along with the gay agenda is seen by most as the only way to maintain respectability and acceptance in social circles. This is why, in Australia, where they held a referendum on the issue, same-sex won the day. But if all those who voted for it practised what they preached, that great southern continent would soon become extinct!

The 1930s propaganda of Josef Goebbels seeped through the German national consciousness, almost without a whimper of opposition, just as the same-sex issue has done in Britain and the West where the general populace is bombarded with stories and images on national television and elsewhere glamorising, justifying and sanctioning lesbian and homosexual behaviour.

And even our church leaders have succumbed to it, undermining the authority of God’s Word in the cause of breaking down boundaries of decency and propriety that have underpinned our civilization for centuries. We are fast heading for a sterile world where the traditional family is a thing of the past, and where the future holds little hope. Let us hope that the world will soon wake up in shock at the devastation it has caused, and no-one will be able to say they didn’t know what was going on.

At GAFCON, meanwhile, Rico Tice, a gifted evangelist on the staff of All Souls, Langham Place, and co-author of the much-acclaimed ‘Christianity Explored’ course, revealed he had resigned from the Archbishops’ Evangelism Task Group because it meant having to submit to the authority of a bishop – Rt Rev Paul Bayes of Liverpool – who validates same-sex relationships.

“It’s a different religion,” he said, adding: “I think it’s a great wickedness to tell people who are on the road to destruction that they are not.”3

He went on: “There is no power in evangelism unless you submit to Scripture.” And he suggested that God would remove his power from the institutional church, as he did in the days of John Wesley, if there was no repentance.

He admitted that the problem had been compounded by Christians who have changed their position for emotional reasons because family members had turned gay.

Meanwhile the Archbishop of Uganda has threatened to boycott future meetings called by the Archbishop of Canterbury. Stanley Ntangali said: “Unless godly order is restored in the Anglican Communion, we shall not attend other meetings invited by Canterbury…The church of Uganda is an evangelical church, and we obey Christ and the authority of the Bible, and the apostolic faith. So we have no apology for the stand we have made and will continue to proclaim the Gospel of Christ to the nations, uncompromisingly.”4

The conference has written a Letter to the Churches challenging the Archbishop of Canterbury to speak the truth about the Gospel and human sexuality clearly and publicly and to discipline those within the Anglican Communion who have abandoned it.

In a similar way, lies about Gaza stir up trouble and strife in the Middle East which could erupt into a major war. Lies destroy society whereas truth brings freedom and peace, both among families and the wider world. Spreading lies about human sexuality could well cause as much, if not more, damage to the world at large than the tendency for Arabs to be economical with the truth.

Prince William, on his tour of Israel, will, I hope, have learnt from his visit to the Holocaust museum that the anti-Semitism displayed by Palestinian Authority politicians has all the hallmarks of another attempt at genocide. After all, that is the oft-stated aim of Israel’s opponents.

The Prince’s great-grandmother, Princess Alice of Battenberg, took sides in a previous conflict by hiding Jews who would otherwise have been murdered by the Nazis. Did the British Foreign Office allow him to take sides when Jews, now living in their own land, are equally threatened?

He says he wants peace – most of us do – but Neville Chamberlain’s experience should be a lesson to us all.