The blood of Jesus

Jul 26, 2018 foretold in the Bible, political breakthrough, war and peace 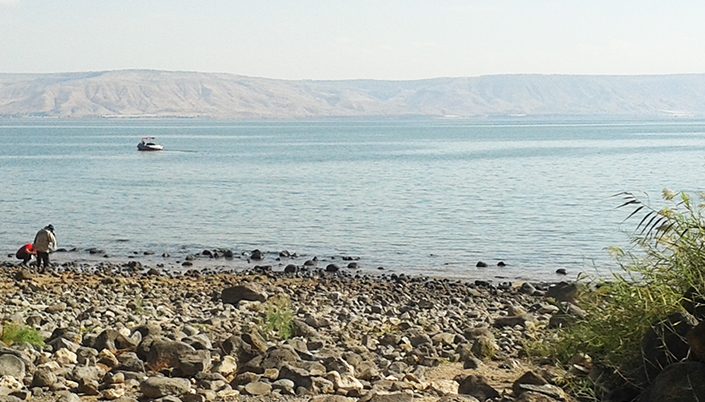 As whipped-up Palestinian rioters cry out for Jewish blood in their days of rage against ‘occupation’ of their land, we should be praying that these dear people, for whom Christ died, would instead call on the blood of Jesus for their redemption.

This is their only hope – and ours too for that matter. As Israel is tempted to quake in fear of the vicious international hatred being vented against them, may they too cry out for help from Elohim who sent his beloved Son to die as a sacrificial Lamb to atone for the sins of all who put their trust in him. The doorposts daubed in lamb’s blood back in Egypt later became a wooden cross where God himself took the punishment we deserved.

In this battle over war and peace, the hordes of hell are being unleashed against the Anointed One and his people. But the Prince of Peace – not the diplomats or politicians – has the solution.

When believers the world over celebrated Pentecost (Shavuot) earlier this year, I think it was highly significant that a Jerusalem Post writer credited evangelical Christians (or Christian Zionists as they are also known among Jews) for the current political breakthrough which has seen President Trump move the US Embassy from Tel Aviv to the ‘city of the Great King’.

“It is evangelical Christians who are standing with Israel today in ways that Nehemiah could never have dreamed about,” wroteTuly Weisz on 12 May.

We’re talking about their influence on the President as well as their love for the Jewish people who gave us Jesus and the Bible, including almost the entire New Testament.
Weisz had asked Christian participants of a Jerusalem conference why the embassy move was so important to them. “The answer they gave is that it is foretold in the Bible,” she wrote. Meanwhile Israel’s Education and Diaspora Affairs Minister Naftali Bennett said the move represented a new era in which the international community’s relationship was based on reality and fact, not fantasy and fiction.1

It’s worth noting that those 3,000 who joined the first disciples on the Day of Pentecost in response to Peter’s sermon were Jews and proselytes from all over the known world (Acts 2:5).
An indication of the significant role Gentiles would play in spreading the good news of Israel’s God came with the healing of the centurion’s servant at the start of Jesus’ ministry. The Roman officer had humbly sought the Saviour’s help, only requiring him to “say the word” as he felt unworthy to receive him into his home.

And so the Gospel – to the Jew first (the leper who preceded this incident in Matthew 8) – was now also offered to the Gentile. We hear much about amazing grace, but Jesus was amazed by this man’s faith. The only other time he is recorded as having been amazed was by the lack of faith in his home town (Mark 6:6).

I wonder too if our Lord was also prophesying of a day when faithful Gentiles would make an extraordinary mark on the world. In Yorkshire alone in recent centuries (I am biased because I live there) I can immediately think of three men who changed the world through their faith in Jesus – William Wilberforce from Hull, a co-founder of the Church’s Ministry among Jewish people who successfully campaigned for the abolition of slavery, Barnsley’s Hudson Taylor, to whom millions of Chinese Christians owe their salvation, and Bradford plumber Smith Wigglesworth, who raised 14 people from the dead as he helped to pioneer the modern-day Pentecostal movement which had such a profound impact on 20th century Christianity.

In honouring the Jewish people both in word and deed, we are simply building on the foundation laid by the Apostles. But we mustn’t forget the importance of prayer – after all, a ten-day prayer meeting had preceded that great initial outpouring of the Holy Spirit!

In terms of the recognition – and restoration – of Israel, the importance of prayer from men like Rees Howells and his Bible College students at Swansea in Wales cannot be underestimated. They had prayed many long hours at the time of the UN vote in 1947 before victory was secured.

In South Africa, although the government stubbornly refuses to acknowledge Israel’s right to defend itself, many Christians are on their knees praying for the peace of Jerusalem. Farmer friends from where I grew up have just emailed me, saying: “We are extremely excited with the USA’s ambassadorial move to Jerusalem and continue to pray for this beautiful capital as well as for the region. What a privilege to witness what the prophets were only able to see in visions.”
Those nations who oppose Jewish aspirations are in for a big shock. For they will come to nothing, as Isaiah predicted long ago (Isaiah 60:12). Even the Boycott, Divestment and Sanctions campaign received a bloody nose with victory for Israel’s entrant in the Eurovision Song Contest despite their efforts.

It is significant of course that the United States should take the lead in recognising Jerusalem as Israel’s capital, just as they had done back in 1948 when President Harry Truman was the first to recognise the new-born state. Apparently he took just 11 minutes to do so, but “later regretted that he waited so long”, according to US Ambassador to Israel David Friedman.2
In fact, there will come a time – perhaps in the not-too-distant future – when Jerusalem will become the capital of the world (see Zechariah 14:9 & 16).

Israel has been blessed this year with a Royal visit from Prince William, second-in-line to the British throne.

But at the Second Coming of Jesus, which is surely also not far off judging by the signs (see Matthew 24, Mark 13 & Luke 21), they will welcome the King of Kings and Lord of Lords (Revelation 19:16).