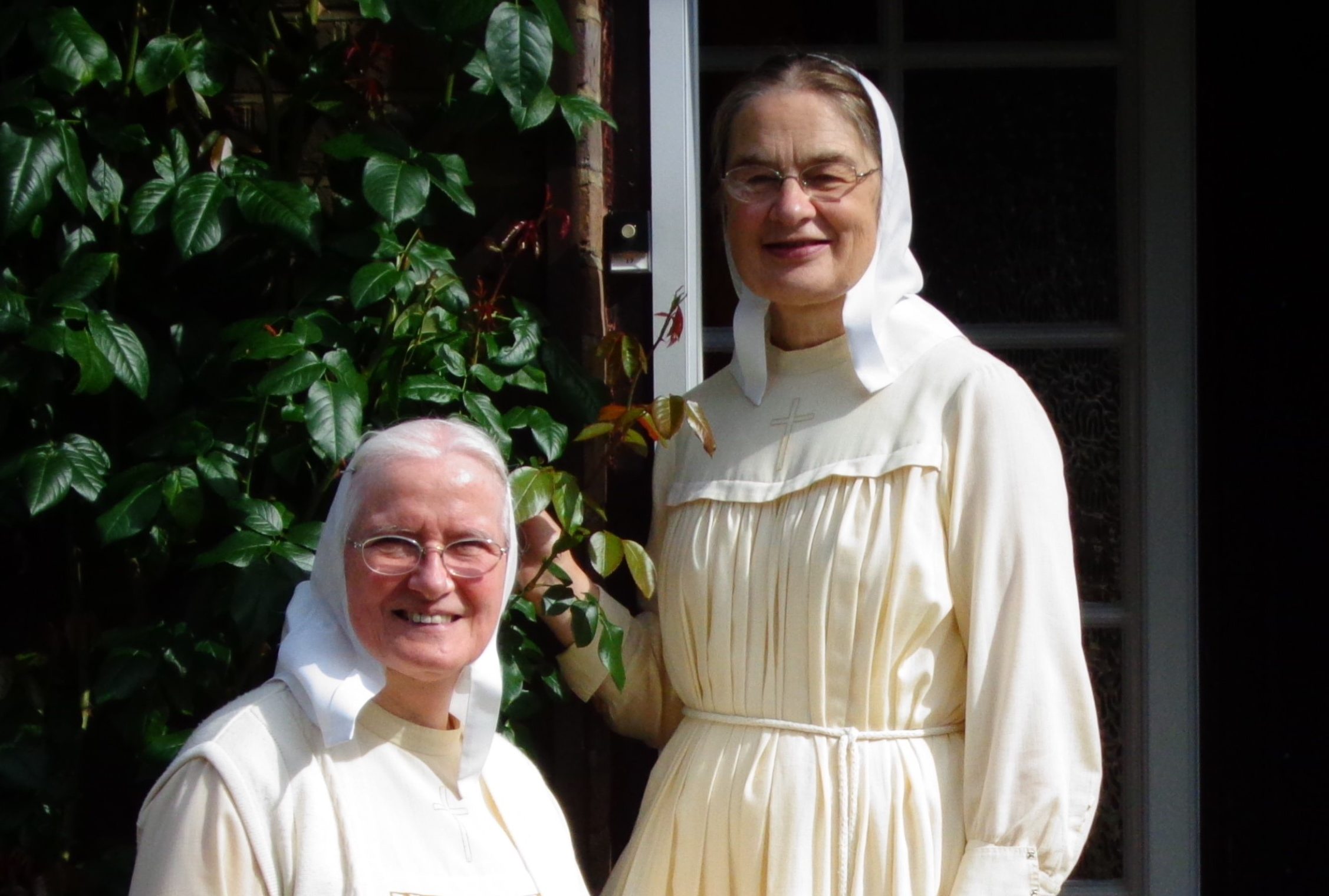 As we once again recall with horror the terrorist atrocity witnessed by the whole world when New York’s Twin Towers were reduced to rubble in 2001, few will be aware of an earlier 9/11 that destroyed an entire city.

It happened on the night of September 11th, 1944, when the German city of Darmstadt suffered a devastating air raid by RAF pilots sent out from my home town of Doncaster, headquarters of Bomber Command.

Twelve thousand residents were killed and many more made homeless amid ongoing controversy even in Britain as to whether it was really necessary as the war was almost won by then.
But as fire swept through the smouldering ruins, a devoted young German Christian wept bitterly over her nation’s terrible sin against the Jewish people – she clearly saw the bombing as the judgment of God.

Basilea Schlink determined to do something about it and subsequently founded the Evangelical Sisterhood of Mary, dedicated to confessing the sin of her nation and making restitution with God’s chosen people, chiefly by loving and serving them in whatever way they could.

More than 70 years later, the order is represented in nations across the globe, including Australia and the United States, and I have just spent a weekend at their UK base near London where a coffee table book on their history recalls that fateful night in Darmstadt

“For years our mothers had prayed for revival in the girls’ Bible study groups they led; now their prayers were answered – far differently than they had ever expected. That night the girls encountered God in his holiness as Judge and Lord over life and death…

“Following that night of terror, there was a move among those young girls to bring sin into the light and receive forgiveness… God’s moment had come. Out of the ashes emerged new life.”1
Not surprisingly, the British-based sisters are deeply grieved at the rise of anti-Semitism all over Europe so soon after this terrible disaster caused by the Nazis’ sickening murder of six million Jews in the death camps of Poland and Germany.

Have we still not learned that there are shocking consequences for those who touch the apple of God’s eye, which is how the Bible refers to Israel (see Zechariah 2.8)?
According to Alex Brummer in a Daily Mailarticle2, all the talk among British Jews is now focused on which country to flee to if Jeremy Corbyn gets into No 10 as he has failed miserably to deal with the rise of anti-Semitism in his party, which has traditionally had the support of the Jewish community. (And it now appears there has been a cover-up over party members allegedly involved in anti-Semitic hate crimes.)3

According to my sources, many have already fled traditionally Jewish suburbs like Golders Green in north London in order to set up home in safer areas following a series of anti-Semitic incidents.
And although British Jews have become accustomed to bias against Israel in recent decades, “never before has a major political party in Britain regarded the creation by the post-war so-called Great Powers (including Russia) of the state of Israel in 1948…as an act of colonialist occupation”, Brummer writes, referring to Mr Corbyn’s stated beliefs.

“But that this (fleeing the country) is even being discussed, just 70 years on from the horrors of Auschwitz; that British Jews should be feeling so insecure in the country they love, is deeply disturbing,” Brummer adds.

And he pointed out that Israel wasn’t necessarily their first choice of destination, because some see it as a move from the frying pan into the fire. But I disagree with that. I go along with a participant on BBC 2’s We Are British Jewsprogramme4who said that “It’s the safest place in the world to be”.
Yes, the Jewish state is surrounded by implacable enemies with an insatiable desire to wipe them off the map and, yes, they are threatened once more with annihilation. But Israel’s security is very tight – and effective.

In any case, should physical safety be their only consideration? Isn’t the safest place of all in the loving arms of God – the God of Israel? And his purpose is that they should return to the land of their forefathers, the land promised to Abraham as a permanent possession (Gen 17.8). After all, the Tenach (Old Testament) prophets foretold of a great ingathering of Jews from every corner of the globe.

Almost half of world Jewry are now living in Israel and, according to the Bible, it would appear to be God’s will that they should all return (Ezekiel 39.28). But don’t misunderstand me. I do not wish to encourage persecution so that they feel forced to flee. Jewish contribution to European societies has been priceless – without the ongoing input of their high achievers we would all suffer. But woe to those whose intimidation does cause them to leave; for they will come under a curse (Genesis 12.3).
Nevertheless, it is God’s purpose that his chosen people should be back in the land before Messiah returns. Yes, there will be a battle over Jerusalem, and the nations will come against it, but the Lord will intervene and defeat the enemies of Israel, once and for all. (See Zechariah 12-14)

When Jesus ascended to heaven as his perplexed disciples watched in wonder, angels explained to them that he would one day return in the same way he had left – and this took place on the Mount of Olives, east of Jerusalem (Acts 1.11).

The prophet Zechariah confirms this – that Christ would indeed place his feet on the Mt of Olives and that the Jewish nation would have their eyes opened as they recognise Jesus as the One they had pierced (Zech 12.10).

The Messiah for whom Jews have longed will appear on earth, and they will acknowledge that he has been here before – as the suffering servant (Isaiah 53). Although they will mourn over what they did to him (we all need to confess our sin in order to be cleansed), their hearts will be sprinkled clean – and “all Israel will be saved” (Ezekiel 36.25, Zech 13.1, Romans 11.26).
Jesus is coming again – and the establishing of the people of Israel in their land is a major sign.