Beautiful feet on the mountains 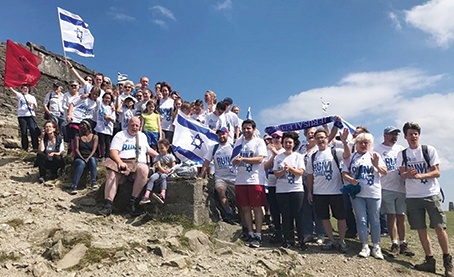 Welsh Christians have taken to the mountains for which their country is famous to declare their support both for embattled Israel and British-based Jews and for persecuted Christians.

Fulfilling Isaiah’s prophecy, “How beautiful on the mountains are the feet of those who bring good news” (Isaiah 52:7), ‘Run4Israel’ follows a similar event last year and was part of a weekend of activities at which Mr Dansker, who fought in Gaza, spoke about what is happening in the Jewish state.

Congregational leader Michael Fryer is determined to respond to the rising hatred of Jews in the UK, but adds: “Christians are also facing unprecedented persecution in many Asian, African and Middle Eastern countries. At the same time, the basic tenets of our Judeo-Christian faith are being eroded even here in the UK.

“Father’s House stands shoulder to shoulder with the Jewish community in the UK and we support a number of charitable programmes in Israel. We also support pastors and orphanages in India and Myanmar (Burma).”

Michael Fryer has also published an article on British anti-Semitism, particularly in the 1930s, on the congregation’s Facebook page.