FLEEING CHRISTIANS TO HAVE OWN CAMP 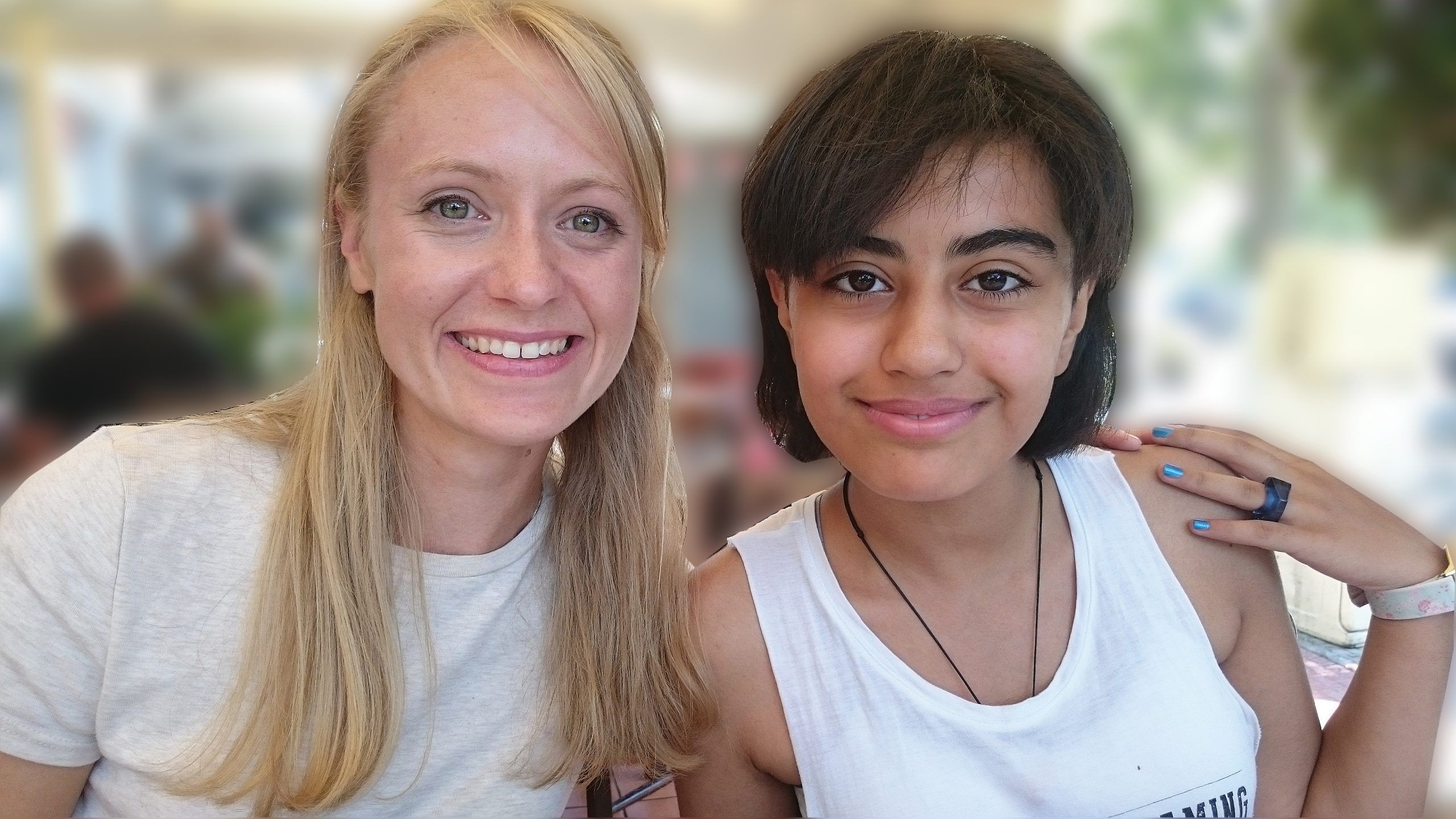 On a rescue mission: Yochana Darling, ICC Founder, in Athens with Tina, a young Iranian refugee

CHRISTIAN REFUGEES ARE TO HAVE THEIR OWN CAMP IN GREECE. The International Christian Consulate (ICC) will open its first centre this October.

This welcome news comes when reports have shown that Christians fleeing persecution in the Middle East and Africa are facing further danger both on the voyage and on arrival in Europe.

An immigrant from Cameroon has been put on trial in Spain accused of murdering six fellow occupants of a flimsy migrant boat because of their Christian beliefs.

So great is the need that the ICC is now establishing with its partners what is believed to be the first ever Christian refugee centre in Europe.

The centre is the vision of Sussex-based Yochana Darling, an astrophysicist by training, who was alarmed at the plight of Christians in the Middle East. She told HEART, “Multiple reports keep emerging of Christians being targeted in camps simply because of their faith.”

Ms Darling said, “Christians who fled persecution in the Middle East have found their persecutors in Europe’s camps.”

The increasing numbers of Muslim converts, as apostates, are also at risk when Muslims attempt to implement Shari’a.  One convert said, “In my camp they were going to stone a girl just for speaking to a boy. What will they do to me if they find out I’m now a Christian?”

Fleeing Christians to have own centre

With millions of refugees bringing their historic ethnic-religious tensions into European camps and cities, there is tribal infighting and ongoing persecution of minorities.  In Greece, the International Christian Consulate (ICC) has been rescuing Christians from hostile camps, and has placed them into safe houses in central Athens, near to where asylum applications are processed.

A home for Christmas

In the midst of the danger, the ICC team rejoices in the many ‘astonishing’ conversions from Islam to Christianity. Ms Darling said, “Public baptisms have seen traumatised rejected people filled with God’s Holy Spirit, testified by the smiles and peace that fills their hearts.”

An Afghan refugee said, “We wanted to become Christians because we want to know the God of these people who care for us.”

Two key statistics keep emerging from our detailed interviews with 120 refugees from Iran, Afghanistan, Syria and Iraq. For their own safety, the refugees, from six different camps, left their camps and came to us at various churches which had space that could be used discreetly.  The interviews started in April and the we are continuing to interview Christian refugees whenever we meet those who are ready to share their experiences.

The ICC team used a modified version of the Darfur Genocide Questionnaire:

Fact 1:  88% of Christian refugees have experienced, or witnessed threats or violence in the camps simply because of their faith in Jesus.

Fact 2:  Refugees estimate between 60-80% (depending on which camp) of Muslim refugees are fundamentalist. These include IS and Taliban sympathisers (actively recruiting) who have their eyes on Germany or the UK as their final destination.

The significance of this is highlighted by UN and EU statistics:

There are now more than 60,000 migrants and refugees in Greece, predominantly Muslims, and there have been significant disturbances there and in other European holding camps.

In Paris, riot police intervened in April  to break up violence after the camp decided overwhelmingly to invoke Shari’a and threw out all non-Muslims.

In Calais, church leaders working in the ‘jungle’ have been assaulted, Christians beaten and one town centre Assemblies of God church was firebombed in July.

In Germany, police have broken up several riots in camps, mostly triggered over Sharia, whilst Die Welt reported a year ago on the rise of targeted attacks on Christians.

There is massive profiteering on the back of this crisis with substantial smuggling and trafficking.   Afghan boys and girls are sold for sex for two Euros on the streets of Athens.  The average price of a boat crossing from Turkey to Greece is $1500.  Millions have taken this route!

Christian families don’t abandon their children in the way other ethnicities do, so thus far are mostly safe.  However, stories have emerged in interviews of smugglers asking to ‘take a daughter for a few hours’ to help pay the costs of the boat trip to Greece.

The Greek Orthodox Church has helped from the start and as of this autumn the main funding agency is the US-based Nazarene Fund, along with Samaritans Purse, Alliance Relief, Hellenic Ministries and others.

The Executive  Director of Nazarene Fund (part of Mercury One), Suzanne Grishman, said “Mercury One is very excited about ICC’s project in Athens.”

Father Iakovos of the Greek Orthodox Church, who has been a key player in getting things off the ground said of the new centre; “The ICC’s efforts are to express the love of Christ in a tangible way, offering food, shelter and most of all safety to the most vulnerable Christian refugee population in the ongoing crisis.”

The late Lord Weidenfeld’s foundation has also expressed interest in supporting the ICC. Lord Weidenfeld, who died earlier this year, wanted to help Christians after being rescued by Quakers as a boy and saved from the Holocaust.

More funds are needed to cover food costs for the refugees.

To mitigate the suffering of persecuted Christians, Europe must understand it can’t take people from the Middle East with their ethnic religious tensions, place them in confined camps, and somehow think they will get along.  It’s a naïve and dangerous policy – there need to be segregated camps.

Ethnicity sometimes causes complications among Christians requiring us to teach them ‘We are all one in Christ Jesus’!  Middle Eastern culture is tribal and autocratic, quite opposite to Europe’s democratic multi-cultural model. A 13-year-old Iranian refugee asked me, “Why do the Christians in England not care about us?”

If your church could sponsor a family  you can have direct contact with them, pray and support them and they will pray for you!   The ICC also needs ambassadors to raise awareness by generating speaking engagements.

Lobby your MP and ask why the UK Government isn’t helping Christian refugees.  They will deny this, but current government policies discriminate by default.

The 20,000 refugees the UK has said it will take by 2020 are being extracted from UNHCR camps in Jordan and Syria where Daesh cells operate targeting non-Muslims.  These camps are unsafe for Christians and few register with UNHCR, therefore are not included in the UK quota.

Currently the human rights of Christians are violated by Europe’s failure to uphold both the Human Rights Act and UN Convention on Refugees requiring member states to afford refugees the same protection as their own citizens.

Europe’s heart is hardening towards the refugees; nationalism is rising, Europeans are arming themselves, the far right is gaining ground and borders are closing.  The Middle East is destabilising, Turkey has opened the floodgates and Greece is caught in the middle.  Greece had enough problems of its own before this crisis landed on its shores, and they too need help!