Fiona Castle: “Get out and get on with life!” 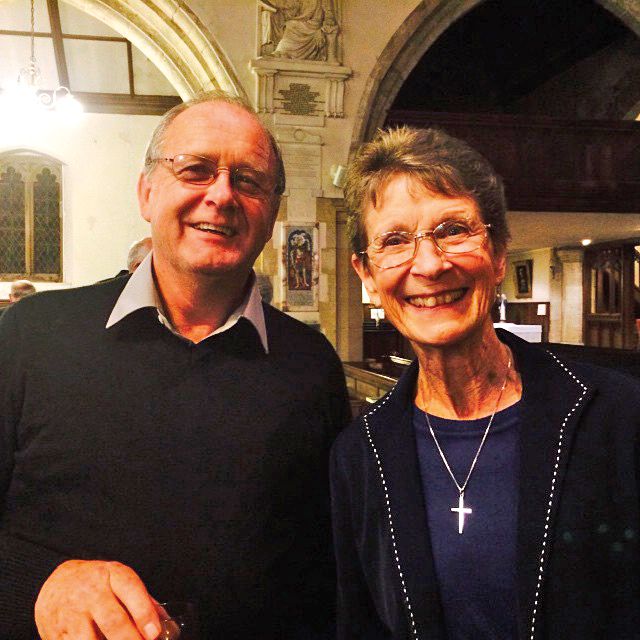 Fiona Castle’s remarkable story is of a seemingly successful 35-year-old wife and mother who “inside was falling apart.”

Fiona spoke first of how God had helped prepare her and teach her to rely on him while Roy was still alive. Caring for her husband and family in the busy social whirl of a celebrity household was far from easy. One day Fiona was on her knees asking God for help when she experienced peace, and all her worries melted away.

When she got up, the phone rang and a friend said she had been thinking of her and invited her for coffee. As a result of a wise and caring conversation, Fiona described how this was the best and most defining thing that ever happened to her as she set new priorities

Suddenly her Christianity had moved from ritual to reality.

When Roy became ill, Fiona spoke of an inner peace enabling her to walk through it with hope. Just two days after Roy’s death, Fiona was shocked to get a phone call requesting her to be interviewed on a TV programme. A strong inner conviction that she should get “get out and get on with life”, enabling her not to wallow in self-pity.

“This,” she said, “was the key to living without regrets.”

She then encouraged us to write a Bucket List. “Write a list of ten things you really want to do,” she urged. “It’s never too late.”

This was an interesting, relevant talk with lots of applications.

See the Events section for the next PACT speaker.