This was a superbly organised event which saw the huge venue almost filled, although it was pointed out that the whole town of 100,000 should be praying! 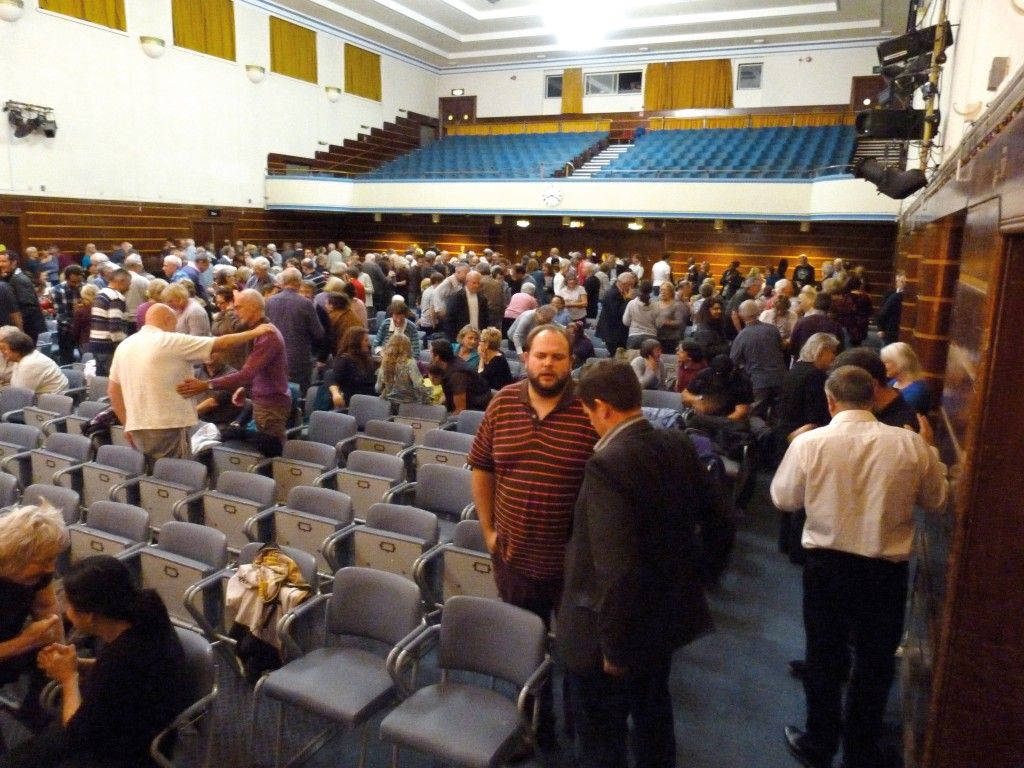 Hosted by Rev Philip Amos, the minister of New Life, Durrington, one of the town’s best-known evangelical churches, the meeting involved mainly evangelical and charismatic churches, but Rev Amos apologised for any churches he’d left out! The meeting was also led by Rev Andy Fadoju, minister of Elim Church and Chair of Churches Together for Worthing, who had set up some powerful visuals as the stage backdrop. An option to go into a ‘quiet room’ was largely ignored as people of different churches clustered to pray together.

The meeting moved at a swift pace, with worship songs punctuated by different ministers introducing the next prayer target. One slot was accorded to the town’s mayor, Cllr Vic Walker, a member of Elim, who prayed aloud for the town.

Churches whose ministers introduced prayer themes included Jubilee, East Worthing Baptist and the Tabernacle, but over a dozen ministers including two Catholic priests were in attendance with their flocks.

Those of us who attended felt it was a milestone in the history of a town whose churches have not always been united. Particularly moving was a section in which participants turned around to pray with and for members of other churches and sought forgiveness for ways in which they may have offended or indeed have harboured offence.

At the end the ministers lined up on the stage so that the whole congregation could pray for them. We enthusiastically indicated our desire for a repeat event and meantime accepted leaflets inviting all to fast and pray on the following Saturday for particular council wards and their specific social needs.