Couple fall in love again after five years of divorce 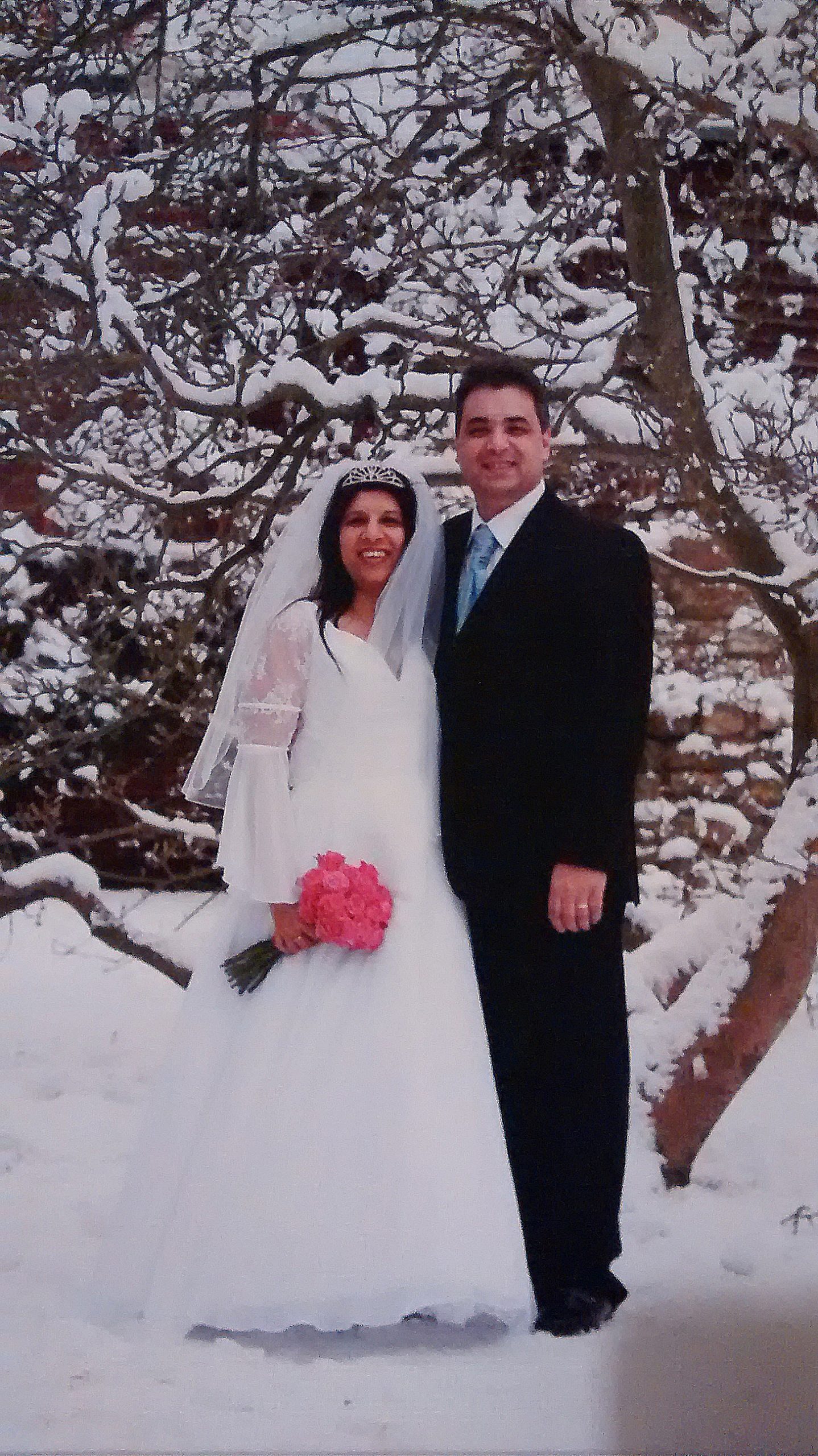 When a marriage ends in divorce it is much more than selling the house, splitting the CD collection and deciding who gets what: it’s a brutal emotional trauma. Rarely can love be kindled again.

But a Sussex couple have found that God heals hearts – and after five-and-a-half years of divorce, Benzer and Sandra Fernando were remarried. In January, they celebrated six years of being together again.

When a couple divides, both partners are damaged in the process. And, of course, divorce doesn’t only affect the two people involved, it also affects family, friends and even pets. Everyone loses someone who was once a part of their lives.

And it was no easy path back for electronic test engineer Benzer, 50, and administrator Sandra, 51. After 13 years of marriage, their split was heart-breaking. They say: “We both know what it is like to endure the death of a marriage and to go through the grieving process. Divorce is a time of bereavement, a time of loss, a time of mourning.

“It is also a time of excruciating pain and overwhelming, soul-destroying sadness. But through this devastating time of our lives, God graciously poured down his healing balm of love, mercy and compassion into our shattered lives.”

Benzer recalls: “Divorce left me lost and emotionally cold. Afterwards, I moved to live abroad for a year and felt like I was in a wilderness, lost with nowhere to turn.

“When I returned to the UK I was introduced to a local church called Kingdom Faith by a friend from work, where I repented of [told God how sorry I was for] my past life and divorce, and got involved with church life. I listened to an audio Bible in the car on the way to work, and Jesus found me when I started to seek him out.

“I was asked one day by my dear friend: ‘If there was a way for God to reconcile your marriage, would you want that?’ It seemed impossible that this could happen, but I said: ‘Yes.’ I said a simple prayer and then I left it with God; that was when the miracles started.”

Sandra says her divorce from Benzer left her “deeply sad, devastated and traumatised. On the night my marriage ended, I should have died of a broken heart, but God took me on a remarkable one-to-one journey, revealing to me that I hardly knew Jesus.

“From that moment on I was consumed by a quest to find out who this Jesus Christ who saved me really is. I found a church where I was taught about the nature of Jesus, and in time a transformation process took place within me.

“As this incredible journey with God was taking place, a friendship developed between us as we acknowledged there was an unbreakable bond between us. We realized that despite being divorced and leading separate lives, that bond refused to go away.”

Benzer continues their story: “Later, Sandra joined Kingdom Faith and we both went through a ‘Steps to Freedom in Christ’ course as part of the same group.

“We also had an opportunity to go to Israel, as friends. While on the Sea of Galilee, Sandra came and stood next to me. It was in that quiet moment I knew she was the only person in the world I could have shared that moment with.

“Afterwards, the trip leaders asked about us. We explained we were divorced, but friends. They asked us the question: ‘Would we be willing to start again?’ We thought about it, and said: ‘Yes, we would.’

“From then on things happened so fast, as we discovered more about Jesus.

“On returning to the UK, we started dating again, and shortly afterwards I asked Sandra to marry me, and she said yes. In January the following year, during one of the coldest winter days in years, with snow all around, we got married. We flew off on our honeymoon just before they closed the airport!”

Sandra adds: “In time, Benzer and I were able to share with each other our new understanding of Jesus, that his death on the cross saved and rescued us, and we shared the need and desire for Jesus to be a part of our lives and the peace we had found in him.

“Together we now pray for each other; we pray for our marriage, we pray about everything, and we read the Bible. Now that we have found Jesus we never want to let him go; he is always with us.

“The Bible verse that means the most to us is Isaiah 1:18 (NIV): ‘Come now, let us settle the matter,’ says the LORD. ‘Though your sins are like scarlet, they shall be as white as snow; though they are red as crimson, they shall be like wool.”