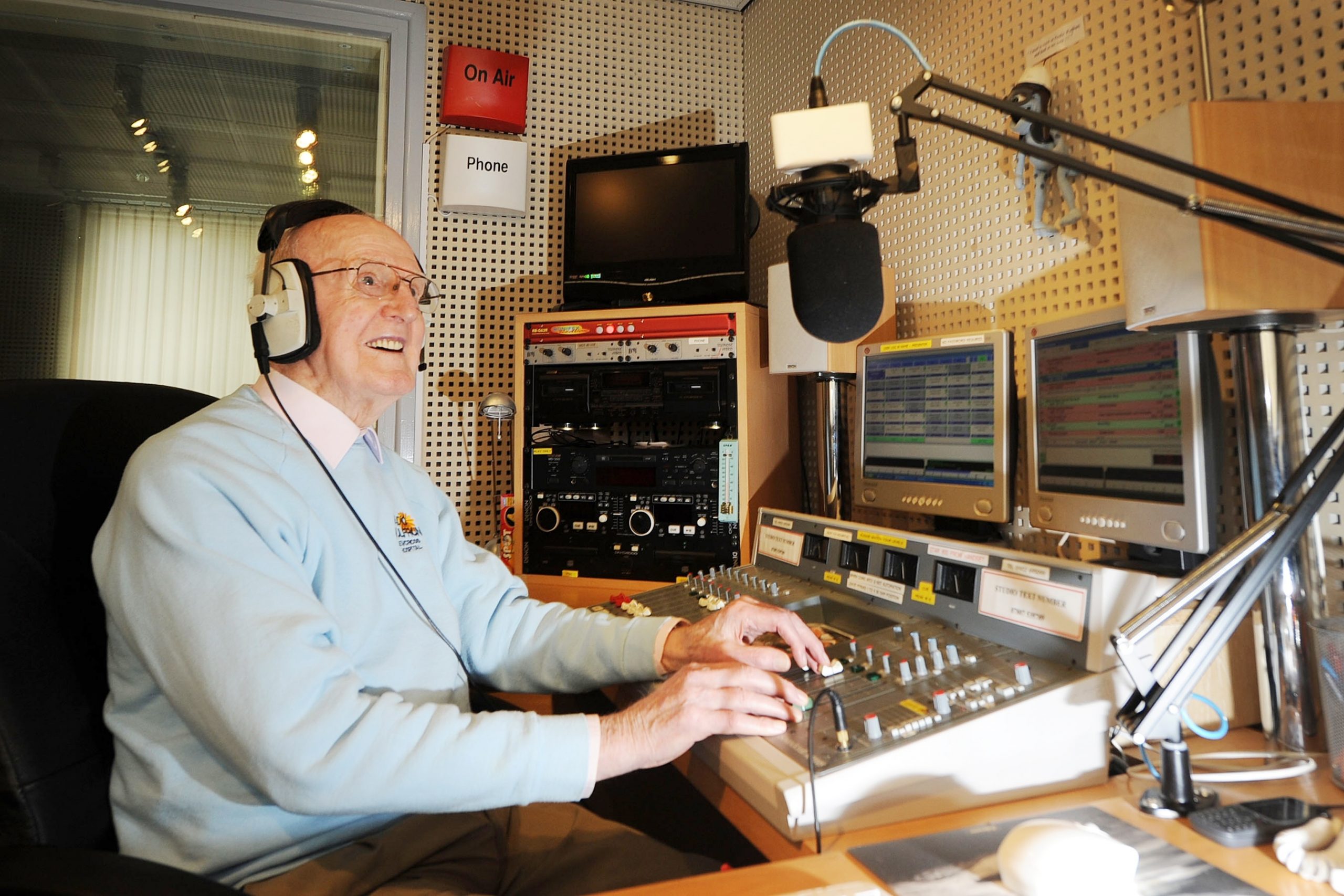 “I was told I had a voice for radio and I thank God for that,” says Britain’s oldest DJ
It seems there’s no such thing as retirement for veteran radio presenter Eric Cull, who began broadcasting from a pigsty in 1963!
Express & Star Eric, who can reasonably claim to be Britain’s oldest radio disc jockey, celebrated his 100th birthday on 26 April and shows no sign of stopping his weekly Sunday morning radio show.
The centenarian always includes a talk, hymns and Bible reading in the show which he has presented for the past 27 years on Radio Wulfrun, a volunteer-run station for patients at New Cross Hospital, Wolverhampton.
He explains, “The programme… is to comfort and encourage people who are frightened and afraid to go through with an operation – it can, I hope, take their mind off it for a while.”
Eric’s radio career began in 1963 when he was inspired to convert a dilapidated pigsty into a studio to record Gospel programmes with a friend. Their show, ‘Irish Interlude’, was broadcast worldwide to countries including India, Australia and Papua New Guinea. After moving from Northern Ireland to England in 1974, he presented for Beacon Radio in Wolverhampton before getting involved with hospital radio.
Today Eric also has an itinerant preaching ministry, and he and his wife Joyce have sent thousands of his tapes and CDs all over the world. His devotional talks are available on his website, ‘The Wayside Pulpit’.
“I was told I had a voice for radio and I thank God for that,” he says. “If I can help someone along life’s way then my life is worth living. What else do you want from life?”