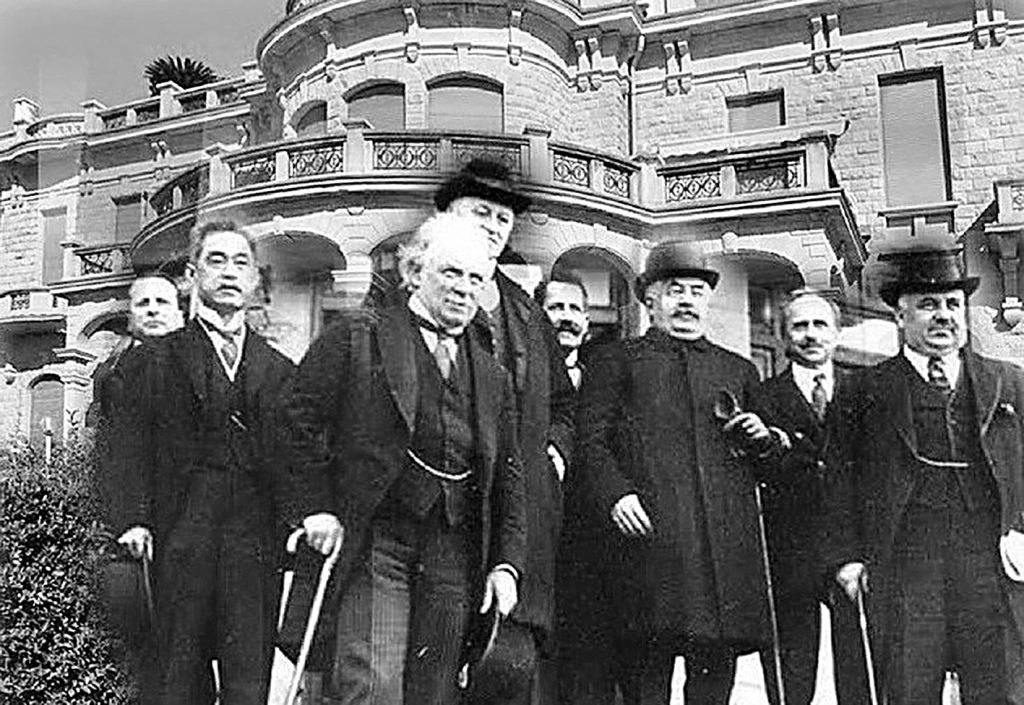 An event to mark the centenary of the San Remo Conference will be held in London in the autumn. Please go to WWW.LNF.ORG.UK/SANREMO for regular updates

In 2017 we celebrated the centenary of the Balfour Declaration. At San Remo in 1920 that Declaration became part of international law. A conference of the Principal Allied Powers was convened to decide the future of the Middle East following the Great War. A Mandate system was introduced, with one of the Principal Allied Powers being put in charge of administering each territory, with the aim of bringing about independence. Britain was awarded the Mandate for Palestine at San Remo on the basis of the Balfour Declaration.

The Mandate for Palestine recognised that there was to be a homeland for the Jewish people including the vast majority of them who were not yet living in the Land. It set out plans for resettlement of the Jews in preparation for when they could form a viable national home there.

Later, Britain decided that the area east of the Jordan would be an Arab area of the Mandate for Palestine (which later became today’s Hashemite Kingdom of Jordan). The Jewish national home was then to be in the area west of the Jordan River.

In 1947 Britain decided to terminate her stewardship of the Mandate, and notified the United Nations accordingly. The UN proposed a Partition Plan for Palestine, recommending the setting up of another Arab state, a Jewish state and an international zone to include Jerusalem. This Resolution (181), which as a UN General Assembly Resolution was not legally binding, was accepted by the Jewish leadership but rejected by the Arabs.

When the State of Israel was declared in 1948, it became the fulfilment of the Mandate for Palestine, which referred to “the grounds for reconstituting their national home in that country.” Although the manner by which the fulfilment came about left much to be desired, the Jewish State of Israel was indeed eventually re-established, as the result of the San Remo Resolution nearly 30 years earlier.

Immediately after Israel’s Declaration of Independence, five surrounding Arab nations invaded the new state. By the time that hostilities ceased, Israel had lost some of its territory to the attackers – the Golan Heights to Syria; Judea and Samaria (including the eastern part of Jerusalem) to Trans-Jordan, and the Gaza Strip to Egypt. Gaining territory by attacking another country is illegal under international law.

Israel’s Six Day War of June 1967 resulted in the recapture of those territories it had lost in 1948. After returning the Sinai to Egypt in the 1979 peace agreement, the territory under Israeli control was almost identical to that originally intended.

It should be obvious from all this that the expression ‘illegally occupied territory’ is totally inapplicable to Israel’s presence in, for example, Judea and Samaria (the ‘West Bank’). A state cannot ‘illegally occupy’ a territory that belongs to it in the first place!