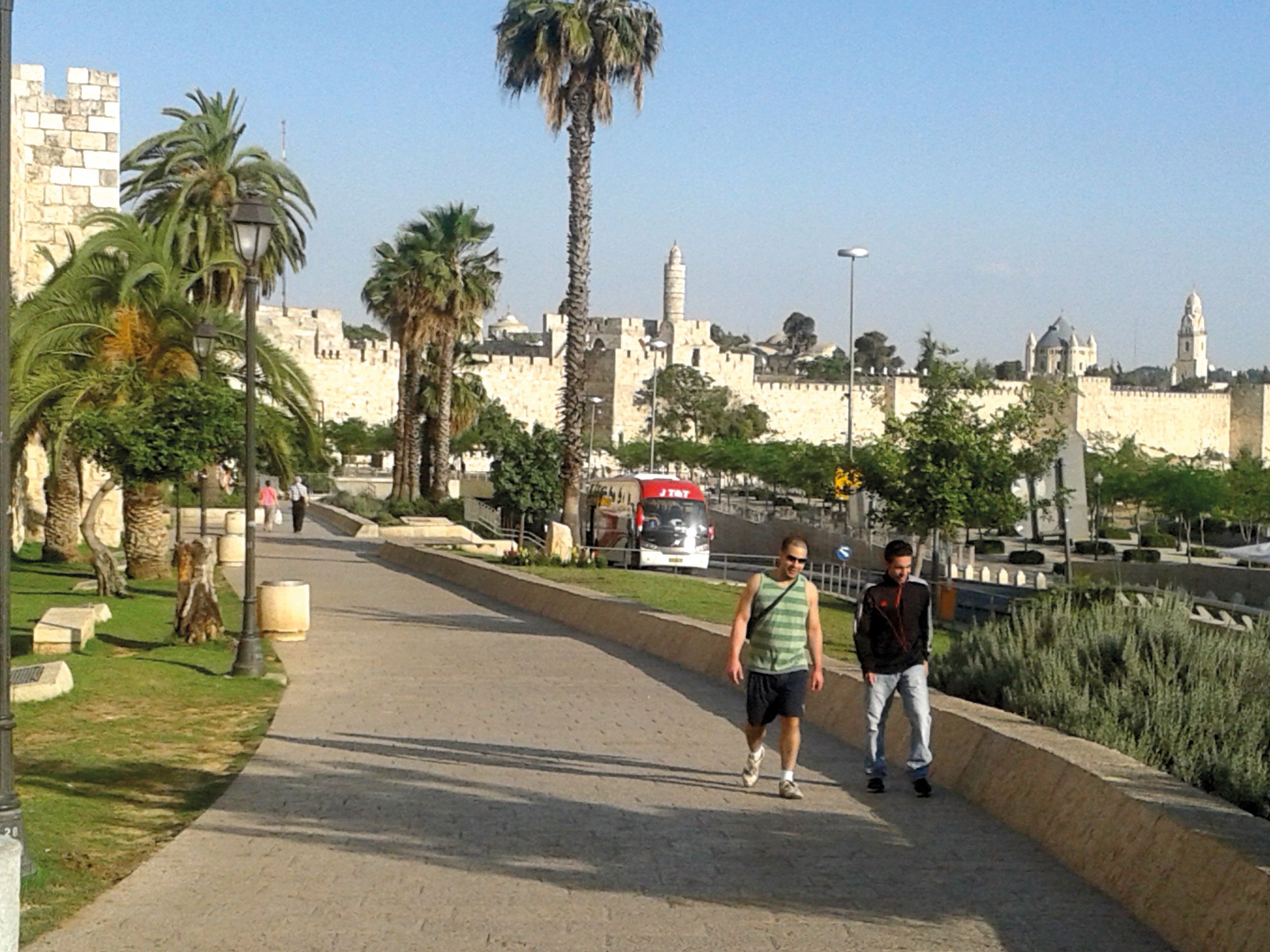 As politicians lick their wounds over yet another failure to strike a deal between Israelis and Palestinians, Jewish and Arab pastors have demonstrated true reconciliation, writes Charles Gardner

ARAB CHRISTIAN DELEGATES FROM ALL OVER THE MIDDLE EAST MANAGED TO REACH JERUSALEM, SOMETIMES COVERTLY, TO ATTEND AN EXTRAORDINARY CONFERENCE AIMED AT STRENGTHENING BONDS BETWEEN JEWISH AND ARAB BELIEVERS IN JESUS.

Profound, and deeply moving, gestures of peace between representatives of nations perceived as enemies of one another were made throughout the four-day “At the Crossroads” gathering at at Christ Church, in the heart of the Old City.

The conference was inspired by the Bible’s so-called ‘Isaiah 19 highway’ in which the Hebrew prophet writes of a future time when Egypt, Israel and Assyria (comprising much of today’s Arab Middle East) would become a blessing to one another.

And the theme for this year – the inaugural conference took place in 2012 – was on “fostering a reunion of the sons of Abraham”.

Among those present was an Iranian pastor, so a conference organiser reminded his audience that Iran had not always been a sworn enemy of Israel with intent to destroy them – in fact they used to be allies. He then took the opportunity to pray a blessing over that country, asking God to re-open the gates between them so they would once more be friends.

The pastor, Youhana Darvishi*, then returned the favour by praying a blessing over Israel.

At the final session Israeli and Turkish pastors prayed for their brothers from Egypt, currently experiencing great upheaval with three regimes in as many years and where Christians are facing a fiery trial.

Among the delegates was a pilot with Egypt’s national airline who was brought up to see Israel as an enemy.

“It’s a real honour to be among you people,” he said. “You were called to be a blessing to the nations, and indeed you are.”

Many Israeli pastors then came forward to lay hands on their Egyptian brothers and send them home with their blessing.

An Egyptian pastor then prayed for the Israelis, saying: “We proclaim we are brothers and sisters and one family in the name of Jesus.”

A feature of the conference was the times of corporate worship with songs of praise in five languages – Turkish, Arabic, Hebrew, English and Farsi – creating a sense of God’s presence that was tangible.

For me personally, it really was a foretaste of heaven, especially during a communion service when I found myself surrounded by a Turk, Egyptian, Iranian, Armenian and an Israeli originally from South Africa.

Although there was a language barrier in some cases, we embraced each other without words during the traditional “peace” greeting that immediately precedes the sharing of bread and wine.

In a further example of reconciliation, a Palestinian delegate from Hebron (where Abraham is buried) said: “I was one of those who hated the Jews, but Jesus changed my life.”

A number of Israeli pastors responded by laying hands on him in prayer and offering words of encouragement.

Christ Church rector David Pileggi trusts that the event will help present a clearer picture of what God is doing in the Middle East, so often blurred by a constant focus on conflict.

“It was always the vision that this church and compound would actually be a refuge for the people of Israel and a place where the nations find healing,” he said.

*not his real name as requested for security reasons

Charles Gardner is author of “Israel the Chosen”, available from Amazon