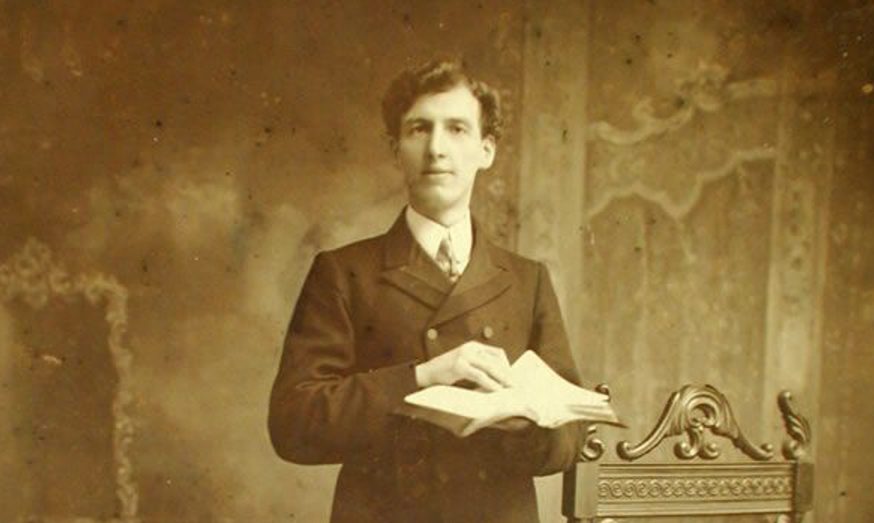 And we uncover its close connection with love for Israel

AMID GREAT EXPECTANCY OF A RENEWED OUTPOURING OF THE HOLY SPIRIT IN THE LAND OF REVIVALS, my wife and I recently found ourselves praying in the very chapel where the famous Welsh Revival broke out.

Back on 31 October 1904, the Spirit came upon a congregation in the Moriah Chapel at Loughor, near Swansea.

We had a real taste of those momentous times as we were guided around the premises by a man whose uncle was a close friend of Evan Roberts, the human instrument used by God as the spark of that great movement that affected much of the world, including Africa.

Our visit there was part of a weekend conference of the Fellowship of Full Gospel Churches, an international network of ministers dedicated to proclaiming Christ in all his fullness, and was hosted at the Bible College of Wales, which has itself been mightily used in world mission and was a product of the 1904/5 revival.

I also noted the significance of the chapel’s name, as it was Mount Moriah where Abraham was prepared to offer up his son Isaac as a sacrifice and where, close by, Jesus died for the sins of the world at Calvary. And this was not the only connection with Israel, because we enjoyed glorious worship in the same room where legendary intercessor Rees Howells and his students prayed through to victory for Britain and the allies during World War II and later for Israel’s recognition at the United Nations.

A love for Israel was due not only to a clear understanding of the Bible, but to the fact that Howells actually came to Christ through a Jewish evangelist in America, where he had gone to seek his fortune. Maurice Reuben had paid a huge price for following Jesus, being disowned by his wealthy family and denied his part-ownership of a Pittsburgh store.

Rees, who at 25 was the same age as Evan Roberts, returned to Wales to help with the revival, which broke out after Roberts asked if he could hold a youth meeting to which 16 youngsters turned up.

Services lasted virtually through the night. Miners coming off their shift would join the queues for the chapels; as soon as one was filled they’d tramp off to find the next.

Lights would be burning through the night as tens of thousands throughout the principality were convicted of sin by the presence of God and the preaching of the Gospel. It is estimated that as many as 100,000 were swept into the Kingdom over a four-month period.

One of its effects was that the police and magistrates had nothing to do except help control the crowds queuing up for the Gospel meetings. The revival spread across the globe.

In recalling the total surrender of those young men, one of our group prayed, “Bend us, Lord!”

She was echoing the heartfelt cry of the revival’s leader for God to break their resistance to the Holy Spirit’s power. It was an awesome moment as we became aware of the great need of our nation (in the UK as a whole) for restoration and reformation.

Some of the issues that later burdened the intercessors at Swansea are very similar to those we are faced with today. Anti-Semitism is once again raising its ugly head all over the planet, though no longer led by Nazis but by an unholy alliance between the hard left and fanatical Islamists.

Are we going to let these tyrannical groups complete what Hitler failed ultimately to achieve – the destruction of the Jewish race and of civilisation as we know it?

Those wartime intercessors prayed the Jews back into their own land, where they would be safe. But now the 70-year-old Jewish state is surrounded by implacable enemies bent on her annihilation. And even in Britain their future is threatened as a potential Prime Minister is apparently unable to deal with anti-Jewish sentiment in his party.

How can we forget? We hold Holocaust Memorials every year so successive generations will learn from history, but it cuts no ice with God-haters.

The reason they despise the Jews is because they reject the God who has chosen them as the apple of his eye. He is, after all, the God of Israel, whom we Christians also worship. When, as a Church and nation, we recover a passion for the Gospel as the only means of mending our broken society and restoring truth and righteousness to our once great country, then I’m sure revival will follow.

Most Western Christians have only a blurred vision of what the Gospel stands for, but our focus must be sharpened to the point where we are prepared to lay our lives on the altar for its truth, and for the freedom to proclaim it on our streets, in our prisons, in our churches, and in our schools and universities.

With such a sharpened vision, we will also gain a fresh understanding of God’s great end-time purpose for the Jews and be better prepared for the return of our Lord to this troubled world.

•   For the full two-part series on this topic, see website at www.heartpublications.co.uk