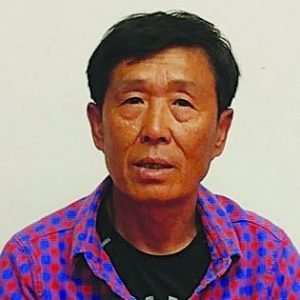 Pastor Choi Kwanghyuk, who has escaped from N Korea

Life in the USA is “heaven” compared to the “hell” of North Korea, according to a pastor who fled the communist country.

Choi Kwanghyuk, 55, fled North Korea several years after being tortured for his faith, and now lives in California.

Choi started an underground church in North Hamgyong province, where members had only one Bible. He told Fox News: “We couldn’t raise our voice during a service, we couldn’t sing out loud during worship… that was hard. Also, we had to hide so that other people could not see us.”

“There were about nine people,” he said. “I couldn’t do mission work because we had to keep it secret that we had a church. If that information had leaked, we could have faced the death penalty.”

In 2008, Choi was thrown in prison, interrogated about his faith and regularly tortured.

Later, Choi escaped into neighbouring China after hearing he was to be sent to a notorious labour camp, where prisoners suffer horrific forms of torture.

He was granted asylum in the US in 2013. Today, the pastor is still unable to work because of his injuries, but he is determined to tell the world about the human rights abuses in North Korea.