“Time to engage with the bad guys” says Vicar of Baghdad 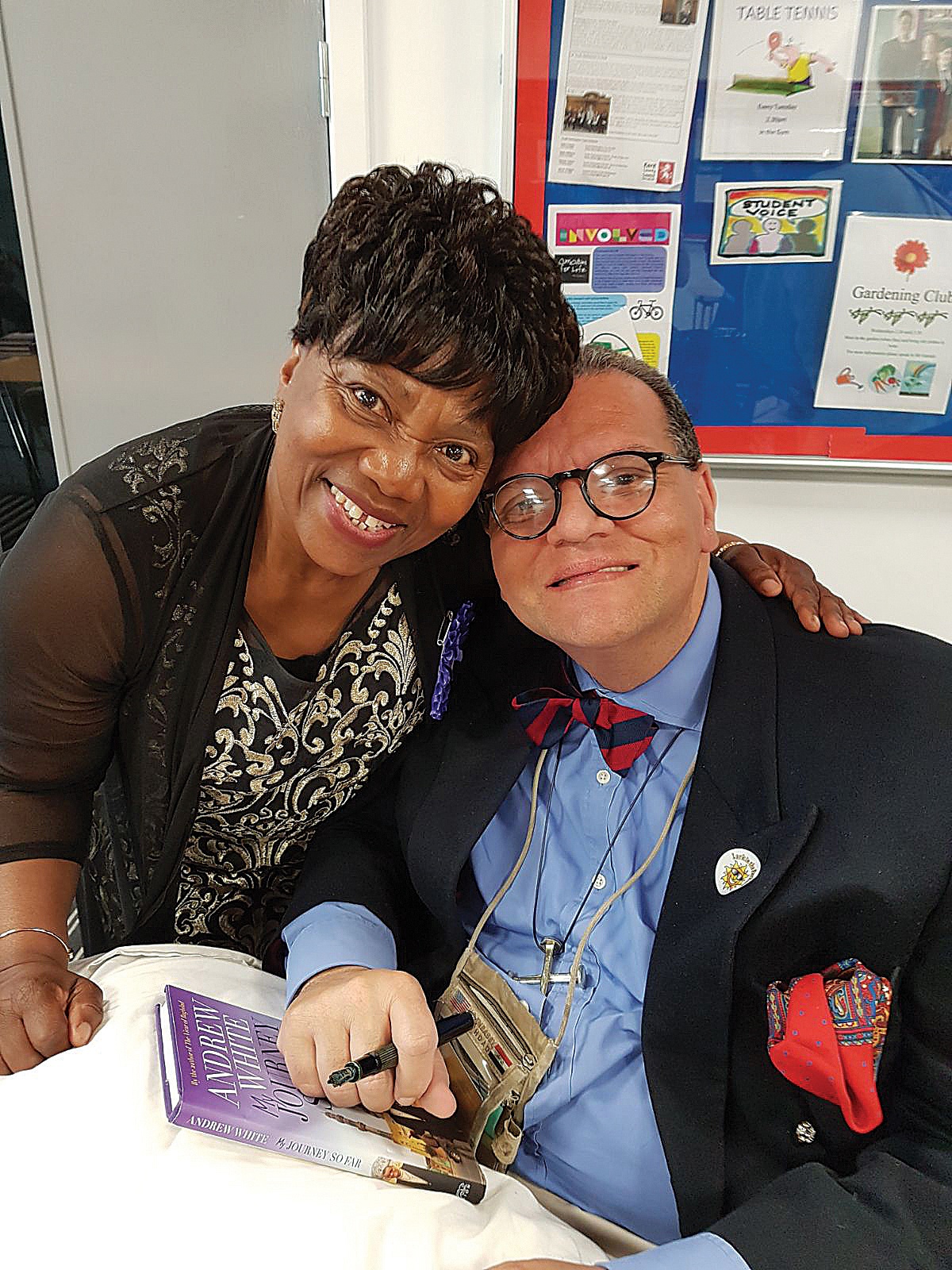 The strong reputation of Iraq based, wheelchair-bound, Canon Andrew White (the ‘Vicar of Baghdad’) drew hundreds of Christians from several denominations.

He spoke of the vast number of slaughtered Christian friends he has personally lost and of the 100,000 Christians in prison in North Korea. One man, who had smuggled Bibles into North Korea, was executed; the barbaric cruelty that followed also took the lives of his family, while the remainder of his relatives, young and old, were imprisoned.

‘Daddy’ to many orphans, Cannon White has never allowed his MS to get in the way of his ministry.

He commented on a little boy named Mario who asked him, “Will you be my daddy now?  Daddy will you give me a school?” There was no school available, but three weeks later there was. The school, accredited to God, now has over 300 children in attendance, starting daily with the Lord’s Prayer in Aramean.  Andrew talked a lot about loving, not hating others, concluding, “If we want to make things happen, we’ve GOT to love.”

His love for the younger generation was apparent as he talked to the young people’s choir. As they sat and listened he handed out several gifts to them, including the wooden crosses and bracelets made by refugees, representing their families that were killed.

When younger, Andrew studied anaesthetics. In those days he was attached to the crash team at St Thomas’s Hospital. “I enjoyed it because I got to put people out of it and then brought them back to life again!”

He also explained how he became the owner of the great Smith Wigglesworth’s Bible.  It was handed down through the generations from his great grandfather who had worked with Smith. What a legacy!

He ended by encouraging everyone to think strategically about how we should engage with the ‘bad guys’, because these are strategic times. “If we do, then we will see the Kingdom like never before – in order to deal with radical people, we’ve got to deal with a radical God!  To the Muslim community – LOVE them!  Pray politicians take seriously people like me.  We can and we must do something about it. Do not think that we can’t  – we must!  We just need people to take the risks! Pray, pray, pray. We need the mercy (of God) to do it!”