The prospect of dying of thirst evidently trumps political correctness 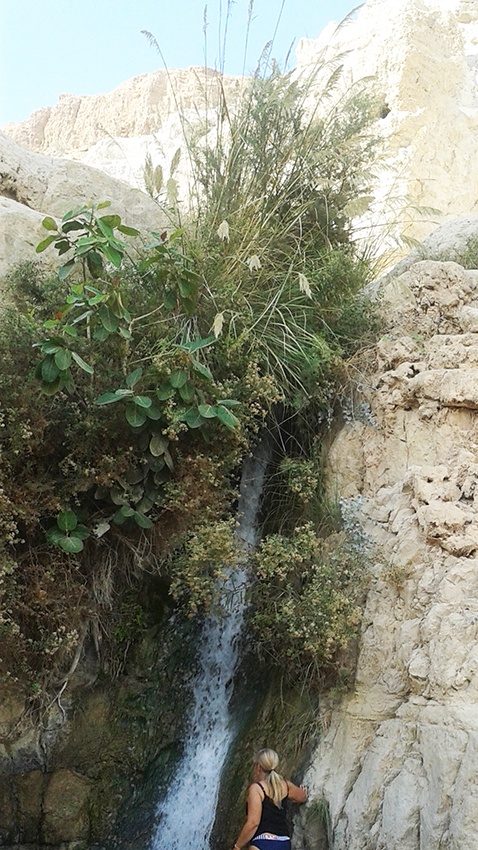 A dry country with a scarce water supply proves a challenge to those who hate Israel. Here a desert spring near Dimona provides rest and refreshment for weary tourists.

In the face of an apocalyptic scenario, the South African government has apparently been forced to eat humble pie in its ongoing spat with Israel.

The three-year drought that has afflicted the nation has now reached the drastic stage of a looming so-called Day Zero – July 15 this year – when Cape Town, a city of four million, will effectively run out of water; that is, their residents will be cut off from running water, and will be forced to line up at collection points for a miserly rationing.

Opposition MP Kenneth Meshoe revealed in the Cape Town Parliament in February that both the national and provincial authorities there had refused an offer of help from the Jewish state, who have developed an extraordinary prowess in innovative water technology.

The African Christian Democratic Party member said the aid had been turned down in the pursuit of a “narrow political agenda” focused on boycotting Israel over its alleged discrimination against Palestinians.

But now an Israeli researcher who attended a water symposium in Johannesburg last month is saying that the South African government is open to the possibility of help from Israel, and that suggestions they had spurned such aid were incorrect.

Dr Clive Lipchin, a water expert and lecturer from Tel Aviv University who grew up in South Africa, said: “ANC (the ruling African National Congress) government officials who addressed me from the audience said they were happy to look at Israel as a model.”1

Whatever the truth about refusal or acceptance, I have not heard any official denial of Mr Meshoe’s damning claim. In any case, the ANC leaders have made their aggressive stance against Israel abundantly clear, accusing it of being an ‘apartheid’ state, which is obviously based on misinformation spread by the UN-backed Palestinian propaganda machine.

But South Africans who lived through apartheid and know more about the situation on the ground in Israel have made their position crystal clear – for those with ears to hear – that ‘apartheid’ in Israel is pure fiction, but is very much a reality in the surrounding Arab states.

And a further dose of reality is that a dry country with a scarce water supply has more than it needs due to innovative programmes such as desalination. This has obviously led to the new approach in Cape Town, which has seen Economic Freedom Fighters (another opposition party) leader Julius Malema challenge those who “created water out of nothing” to see if it can be done in the Cape.2

But back in 2016, a Johannesburg conference focusing on the water crisis was cancelled due to Israeli participation. There are also wild claims circulating that the drought is a Zionist plot from which Jews stand to benefit. But apparently a fear of dying of thirst is trumping political correctness.

However, I believe the crisis does have a Zionist link. And it is quite simple and straightforward. The South African government has repeatedly – and openly – spoken against God’s chosen people about whom He said: “I will bless those who bless you, and whoever curses you I will curse…” (Genesis 12.3)

South Africa’s leaders have despised the people God has chosen to be a light to the Gentiles (Isaiah 49.6) – yes, a spiritual light because they gave us the Bible, and they gave us Jesus, but also a practical, physical light in the form, for example, of technical expertise in water conservation. It is marvellous indeed how people living in a desert have turned their country green in fulfilment of ancient prophecies (see Isaiah 35).

The Bible speaks of how there will come a time when many will acknowledge the hand of God on Israel. Isaiah 49.23, for example, says: “Kings…and queens…will bow down before you with their faces to the ground; they will lick the dust at your feet.”

But those who oppose Israel will find that they are fighting God, who brought them out of Egypt with a mighty, miraculous hand by making a path through the sea to freedom.

Why wait until the plagues have multiplied, as Egypt did, before repenting over evil plans against God’s people?

There was a drought in Israel at the time of Elijah, of similar length to South Africa’s. And it was only broken after the people turned from idols thanks to the prophet’s leadership.

South Africa’s leaders, I suggest, need likewise to repent and abandon the worship of false gods.

Remedy for a world gone wrong