Prepare your Heart for the Midnight Cry

Feb 2, 2017 Prepare your Heart for the Midnight Cry, RT Kendall 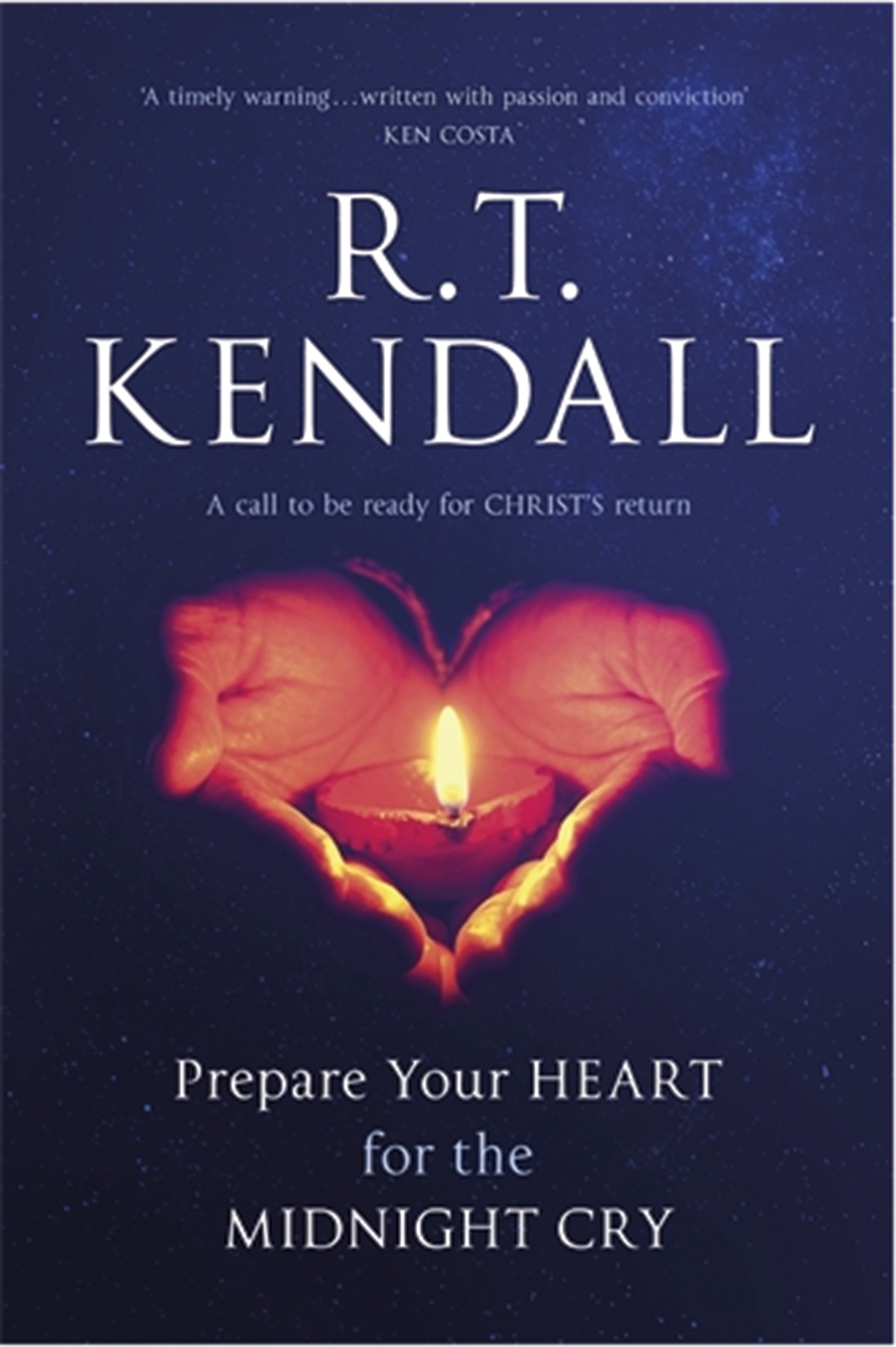 Renowned preacher RT Kendall explains the daring claim that electrified a 1992 ministers’ conference. Mark Weeden, a former church member of RT’s and who was there at the time, enjoyed reading his pastor’s latest book

RT Kendall, a theologian and a powerful preacher, was my pastor at Westminster Chapel.

He taught all of us in his congregation about the reality of the Word of God and the Holy Spirit, opening up the Scriptures powerfully Sunday by Sunday, and warned of a dry, sterile orthodoxy which accomplished little.

He was, and is, open to the Spirit, affirming the Charismatic movement, but by no means endorsing all of it. He saw there were many errors amongst those claiming to have charismatic experience.

A major strand of RT’s ministry was to see the Word and the Spirit come together. He taught how to be sensitive to the Spirit, how not to grieve him, and in his new book takes up this theme in an exciting way.

The parable of the Ten Virgins is not an easy one to explain, but RT shows us how the usual understanding of simply being ready for Jesus’ return is inadequate. The cry at “midnight” is not an accurate translation; the Greek says it is “in the middle of the night,” and a significant detail is that this cry comes from a third, neglected group, the messengers.

Lamps and oil are indicative of the Word (“Your word is a lamp to my feet,” Psalm 119:105) and the oil of the Spirit. While the oil is widely understood to be the anointing, RT is spelling out that it is specifically the charismata, the gifts of the Holy Spirit, which is the reference to the Spirit’s outpouring.

Implicit in this parable, RT claims, is the promise of a move of the Holy Spirit greater than that of the Pentecostal/Charismatic move of the 20th century.

Aware of the famous Smith Wigglesworth prophecy that before Jesus returns there would be a great outpouring as the prophet Joel foretold, RT shows that this parable is the biblical explanation of it.

Before Dr Kendall was aware of Wigglesworth’s prophecy, he preached with a powerful prophetic anointing (I was there) at the Wembley Arena in 1992 to a thousand church leaders. He showed how the charismatic movement was not Joel’s great outpouring before the Second Coming, but that it was still in the future. For many years Abraham had believed that Ishmael was the son of promise, but God said, “No, Isaac is coming.”

Thus RT daringly claimed that the charismatic movement was ‘Ishmael’ to the ‘Isaac’ of the final end-time outpouring of the Holy Spirit foreseen by Joel. The book explains all this and more.

While not all will agree with some of RT’s interpretations, his main purpose is devotional, to ask each one of us if we are ready for the “wake up call” that is coming, that we may prepare our hearts for that midnight cry. He asks the question, are we wise or foolish “virgins”? RT’s book is definitely worth reading, with a humble prayer that the Lord might speak into our own hearts.