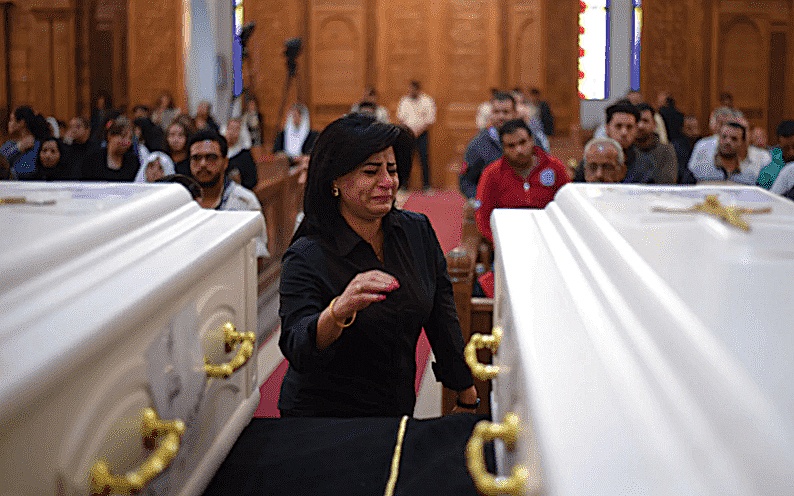 Seven Christian pilgrims were killed in central Egypt when a bus taking them to a remote monastery was attacked by gunmen on 2 November.

Islamic State claimed responsibility for the murders. An earlier attack in the same region killed 29 people.

The militants suspected of shooting the pilgrims have themselves been killed, according to Egypt’s Interior Ministry. They were among 19 people who died in a shootout with Egyptian security services in Minya province.

The Ministry did not explain how it found the suspects or how it knew who they were.