Peace Amidst the Chaos 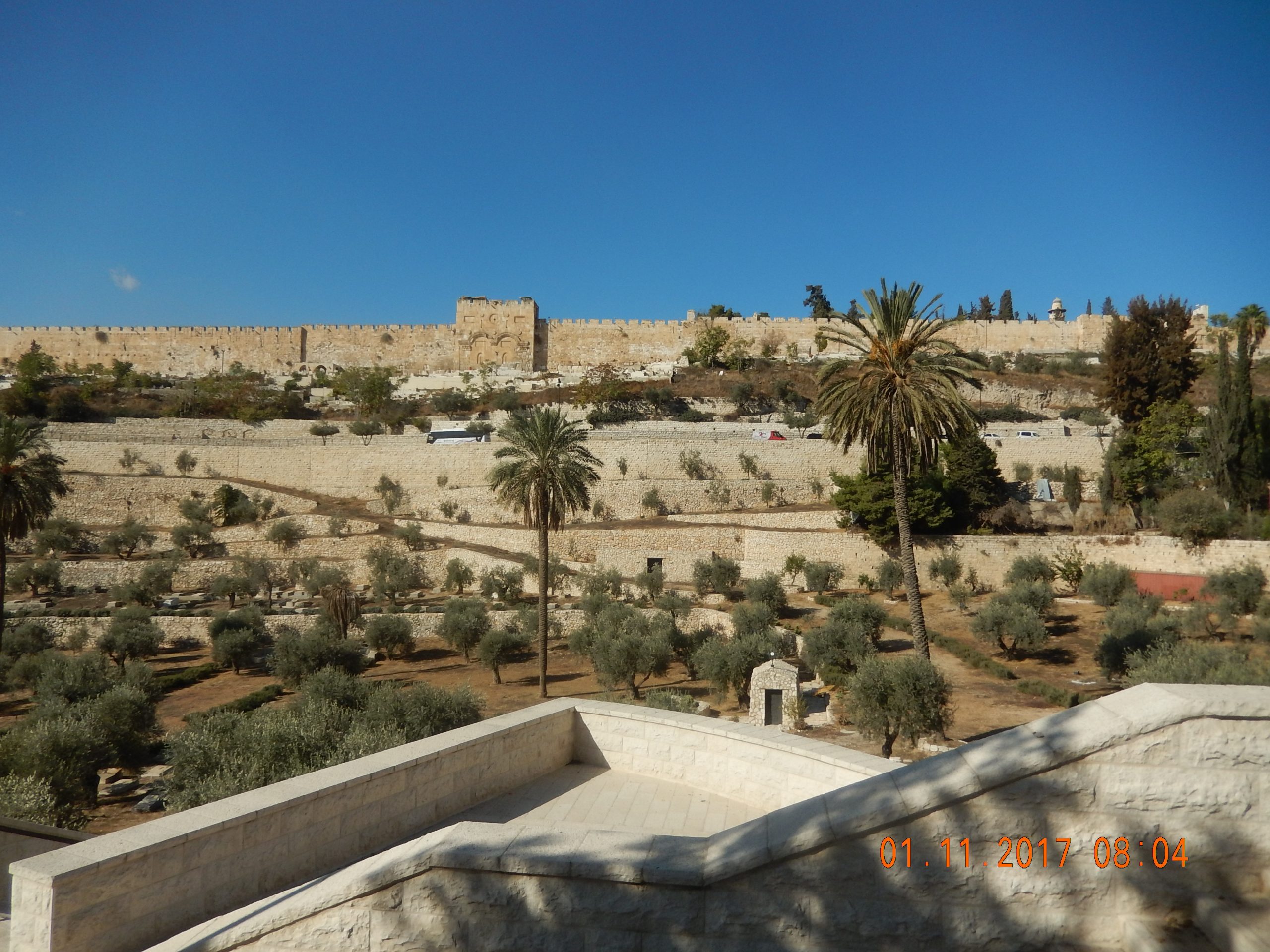 Days of rage, incited by Palestinian leaders, have been accompanied by a chorus of condemnation from European and other political chiefs – with the honourable exception of the Czech Republic and some African countries.

And it’s all about simply acknowledging a fact of history – that Jerusalem has links with Israel going back at least 3,000 years and has long been regarded by Jews everywhere as their capital. But this is disputed by much of the Arab world and beyond.

So, tragically, violence once more spoils the precious scene of Christ’s nativity – he was born in Bethlehem, just five miles from the disputed city – just when billions of believers are about to celebrate his birth there some 2,000 years ago.

Although he was, and is, the Prince of Peace prophesied by Isaiah 700 years earlier, Jesus did also say that even members of the same family would be divided over him (Luke 12.49-53), and it was prophesied over the new-born king that he would be a sign spoken against (Luke 2.34). The peace is felt by those who choose his rule over their lives.

The Bible asks: “Why do the nations rage (or conspire) and the peoples plot in vain? The kings of the earth rise up and the rulers band together against the Lord and against his anointed, saying, ‘Let us break their chains and throw off their shackles’.” (Psalm 2.1-3)

But the One enthroned in heaven is not impressed, declaring: “I have installed my king on Zion, my holy mountain.” (verse 6)

These ancient words of Scripture perfectly mirror the rebellious, murderous reaction to God’s purposes today. The psalmist adds: “Therefore, you kings, be wise; be warned, you rulers of the earth. Serve the Lord with fear and celebrate his rule with trembling.” (verses 10 & 11)

Notice the phrase, “let us throw off their shackles,” which speaks of the rebellion against God’s rule through much of what was formerly known as Western civilization, built up as such on the foundations of the Christian gospel.

Discipleship of the One born in a “cattle shed” in David’s “royal city” comes down to faith in God and the courage of our convictions.

Like him or loathe him, President Trump has chosen to surround himself with advisors who have this kind of faith and know the importance of doing the right thing, even if unpopular and liable to cause outrage in the short term.

I have a wonderful friend from Morecambe in Lancashire called Mollie who has a very feisty, practical faith. When she got burgled recently, and the police called round to take a statement and give her a “crime number”, she was told not to expect to get anything back as her case would be filed in a drawer and probably forgotten about. This is not a criticism of our hard-pressed police, who are short-staffed and run ragged by a spiralling crime rate.

However, Mollie would not accept that faithless outlook and boldly declared to the man in uniform that God was able to restore her stolen items.

Next day, to her astonishment, her neighbourhood was crawling with police searching for clues and, in no time at all, she was rewarded for her faith with a pile of returned items including her precious coat.

Another inspiring example of faith is that of William Cooke1 who, as a 15-year-old lad from Yorkshire, went on a short-term mission to Mexico, and while staying at a children’s home there, told his youth leader that God had spoken to him and that he would return to Mexico as a missionary one day. It happened just as he said and today, after nearly 20 years of serving in that country – currently running a home for abandoned children, he and his wife Katie have won state recognition with a $12,000 award for outstanding service to social care.

In fact, “without faith it is impossible to please God, because anyone who comes to him must believe that he exists and that he rewards those who earnestly seek him.” (Hebrews 11.6)

It’s important to note that the Hebrews 11 focus of the long list of our spiritual forebears who exemplified great faith was not on the things of this world, but on the heavenly glory to come.

Israel was built on the faith of Abraham and his seed while punishment in the form of repeated exile followed rebellion against God’s ways.

Peace on earth – especially in the Middle East – will certainly not be built on the secular/humanist philosophies of Western or any other leaders who seem unable even to settle sharp differences within their own political parties. It will come only by recognising the One who is meant to be what Christmas is all about – “the reason for the season”, the Prince of Peace, our Lord Jesus Christ.

You can know his peace within your heart today, and you can look forward to the peace he will bring to earth when he returns to reign from Jerusalem! (Zechariah 14.4-9, Isaiah 11.6-9) There will be no dispute about who rules the city then.