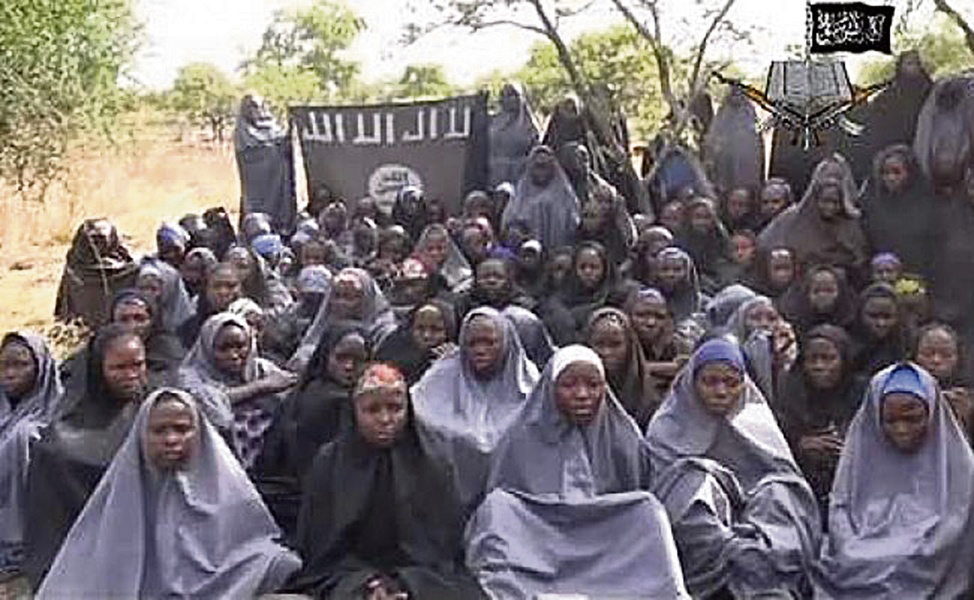 CHRISTIAN SCHOOL GIRLS abducted by Islamist militants have been brainwashed and become killing machines carrying out slaughters against fellow Nigerian believers – it has been claimed.

Worldwide media, including HEART, has reported a number of times the tragic saga of the 276 Chibok school girls kidnapped by Boko Haram last year.

Some 219 girls remain missing and the BBC has spoken to three women who say an unknown number of the girls have been forced to fight for the Islamist group which has declared allegiance to the Islamic State in Iraq and Syria.

Anna, a 60-year-old former captive, also saw the Chibok girls slit the throats of people who were tied down to the ground. She told the BBC that is was not the girls’ fault, they were forced to do so.

“I cannot get the images out of my head. I see people being slaughtered,” said Anna, holding her head in her hands. “I just pray that the nightmares don’t return.”

A 17-year-old girl, who managed to escape the group, had to marry one of the militants after Boko Haram slit the throats of four men in front of her – telling her that would be her fate unless she agreed to the marriage. She was raped on numerous occasions and is now pregnant with the rapist’s child.

She said: “There was so much pain. I was there in body. I couldn’t do anything about it.”

The Chilbok school girls were held in the same camp as her, but in a separate place, and she saw them kill Christian men – telling her she must obey the militants.

The girl, who cannot be named for legal reasons, said: “They were Christian men. The Boko Haram fighters forced the Christians to lie down. Then the girls cut their throats.”

She added: “The [school girls] also told us, ‘You women should learn from your husbands because they are giving their blood for the cause. We must also go to war for Allah.”

“To die for the sake of Christ, that’s the happiest thing for me. I’m grateful that she didn’t change her religion. She trust[ed] in God.”

So states a Nigerian pastor upon learning that his daughter, kidnapped by Boko Haram, refused to convert to Islam. He was told that the terrorists dug a hole, buried her up to her neck, and stoned her to death. His wife added, “I believe she died with dignity. Monica is now in heaven because she refused to convert.”