How a boy pop idol started a TV station 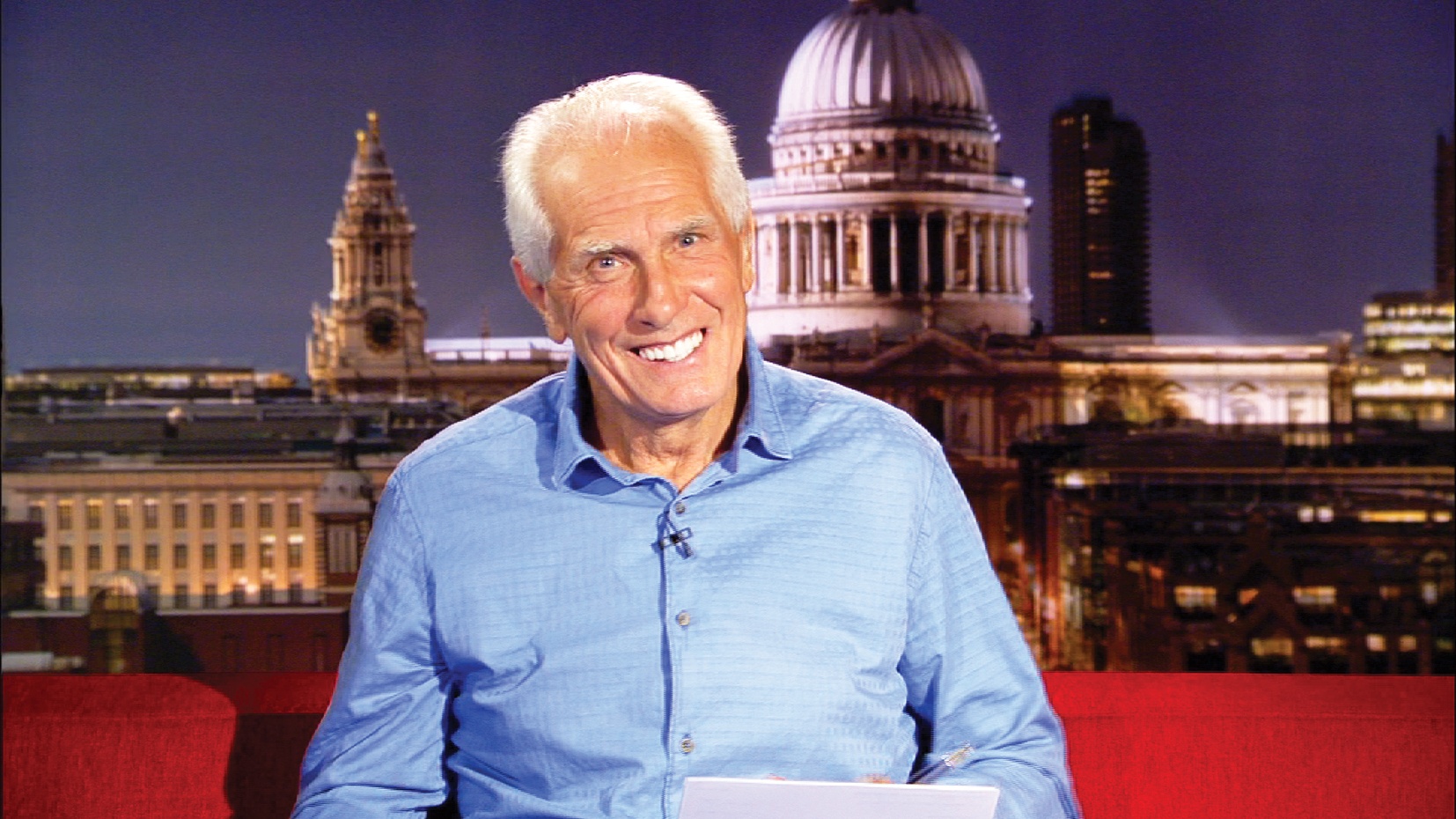 Revved up: Howard has faced down countless challenges

Pioneering is not for the faint-hearted and perhaps for this reason God chose Howard Conder to start Revelation, a major Christian TV channel. I loved reading Gordon Pettie’s account because Howard’s victories over so many obstacles encouraged me hugely. When circumstances were screaming at him to give up, forsake the call and opt for an easier life, Howard kept going.

It reads a bit like a thriller, because Howard has packed into his life a career as a youthful pop idol, two marriages and children from both, emigration to the USA and several successful businesses, all before he raised a loan of £140,000 against his home to fund the first three months of air time. He had no business plan, but a wonderfully understanding bank manager in the days when bank managers had relationships with their clients.

Knowing that Revelation is still going, one keeps wondering how Howard will get out of the next tight spot. I groaned inwardly when I read how a volunteer returned much-needed donations to their donors in the early weeks of Revelation TV because said volunteer had assumed the station would not keep going.

Although Gordon and his wife Lorna have become best friends of Howard and Lesley Conder, Gordon does not whitewash Howard. They met six weeks after Revelation TV started when Barry Segal, musician and Messianic humanitarian, recommended Gordon, one of his trustees, to help Howard. At this point Howard, although still burning with a desire to share the gospel “in what he saw as a real way, unlike much of what he saw on American style Christian television,” was also “burnt out with the setting up of the station, had virtually no money left, was letting all his staff go and was wondering if he would still be on air in the morning.”

Gordon finds Howard and Lesley’s home full of boxes and papers brought back from their closed offices, along with the washing and ironing that went with the many foster children Lesley was looking after; fostering was the Conder family’s only income while Howard launched the station. Lesley too was a reluctant TV presenter but reading between the lines it is clear she has shown extraordinary adaptability as Howard’s help meet in his rollercoaster life.

Just as the TV station was nearly written off before it started, so Howard himself nearly did not survive after being born with severe pneumonia in the Lake District during the bitter winter of 1945-46. It left him physically weak for a long time.

Used to persevering from the womb onwards, Howard and his three siblings more or less brought themselves up after a stroke left his father semi-paralysed at just 39. Happily his father’s employer, Woolworth’s, for whom Mr Conder had been a well-paid store manager, provided a good pension, but his wife found it hard to cope and the children found themselves neglected. It was particularly hard for Howard, who had adored his father but now found himself virtually ignored.

With stability and emotional security missing from his life, young Howard had nowhere to turn when bullied at school, withdrawing into himself. His salvation at that time was music and sport. When he left school at 15, he was a member of the school band, orchestra and football team.

His hobby of drumming led to Howard’s being asked to join a group called the Barron Knights (remember them?), and this 15-year-old northern boy left home to tour. The other band members were both older and southern and had no interest in nurturing Howie (his nickname in the music business). The physical demands of touring and emotional isolation led to exhaustion and depression.

After betrayal by the Barron Knights, leading later to a nationally publicised court case – “Collapse of the £10 a week pop idol” – the fresh-faced 16-year-old Howie had to find more work while fending of the advances of powerful homosexual music moguls who could have advanced his career. Even in the bleakness of his life post-Barron Knights, Howard had no difficulty resisting. Gordon writes: “He could not reconcile the homosexual issue and progressing with his music career. If that was the price he had to pay, he might as well leave now.”

In another of the extraordinary ‘coincidences’ which punctutate Howard’s life story, he was rescued by pop singer Joe Brown and became one of his Bruvvers. Joe Brown was a disciplinarian (no wonder he is still touring), who gave 17-year-old Howie both parental warmth and a regular weekly salary of £35. Howie gained fame and a structured life for two years before Joe moved into theatre work.

Howie returned to being a session drummer, but tired of the propositioning that went with music industry interviews . One night, as he wept for his dead father, the young man who had been brought up without any religion, prayed, “God, if you are there, there must be another way to make a living.”

His prayer appeared to be answered next day when Jehovah’s Witnesses knocked at his door. Howie now overcame another obstacle – dyslexia – as he began to read his first ever book: the Bible. It began to confirm a sense he had had of the specialness of God’s relationship to the Jewish people and Howard flew to Israel to spend time on a kibbutz. He returned “burning with this great sacred secret of God’s love for the Jewish people, and their specialness to him.”

Howard’s identifying with the Jews’ rejection by the nations would lead to his leading thousands of Christians on tours to Israel, the opportunity to speak in the Knesset and directly to Prime Minister Netanyahu (during his first term as PM) about the wrongs that Christians had done to the Jewish people.

Meanwhile Howard had started a successful business career in the music hire business, along with a car showroom, antique shop, property and a recording studio. A client invited him to church and both he and his second wife, former teacher Lesley, became committed Christians.

Howard taught himself the technical side of TV when his pastor, Hugh Osgood of Bromley’s Cornerstone Church, invited him to set up a media team in 1991. Soon Howard began to work with Rory and Wendy Alec and put on his own ‘Revelation’ slot on their fledgling Christian Channel Europe.

Howard was edged out of their schedule, though, and would have walked away, not too unhappily as he had never desired to be in front of the camera. But God had other ideas and sent the likes of Jonathan David and Sharon Stone to prophesy over Howard. Buoyed up by their words, he kept going when circumstances would have dictated that he was barking up the wrong tree.

Gordon’s account is helpful for setting the record straight on why Howard started another TV station when the Alecs had started God-TV and why Revelation moved to Spain. Through it all emerge Howard’s personal integrity, his desire to do things in a way which will please God, and the spirit of a man who has followed prophetic leadings.

I identified with Howard’s attention to detail, sometimes at the expense of getting other things done and his survival strategies of prayer, habitual fasting and prioritising of physical fitness – he still plays football three times a week. Clearly the Revelation team fast together as one of Gordon’s other two books is on this subject.

There are some sins of punctuation omission, particularly over possessive apostrophes (Hey, Howie, I could have proof-read it for you), but, most of the time the intended meaning is clear and I was able to overlook them and lurch on to Howard’s next challenge. More significant is that Gordon has paid Howard one of the ultimate compliments; to ‘lay down his life for his friend’ – in this case finding and giving up the time to write a book about him. Well done, Gordon, for pushing through to bring this rewarding book to birth.