Despite escalating concerns over LGBT lessons in primary schools, ‘Relationships Education’ is set to become compulsory for children aged four upwards from September 2020.

Campaigners are worried that the government’s new Relationships and Sex Education (RSE) regulations are a smokescreen for promoting LGBT lifestyles and that the government has ignored parents’ concerns. Fifty-eight per cent of respondents to the government’s consultation (which ran from 19 July to 7 November 2018) said that the material proposed for primary schools was not “age-appropriate”. 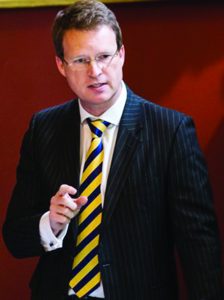 Although Education Secretary Damian Hinds has said “it is left to the judgement of primary school leaders” whether to cover some aspects of LGBT issues, like “different types of families”, Dr Lisa Nolland of Anglican Mainstream’s Marriage, Sex and Culture Group cautioned that LGBT resources in schools are already “grooming thousands of youngsters – tacitly – to explore sex, sexuality and gender under the worthy aims of ‘tolerance, respect and anti-bullying’.”

Meanwhile, Voice for Justice UK has labelled the new legislation “state sponsored child abuse” and warned supporters about explicit materials already being used in primary schools, giving a link to an animated video clip for year 4 pupils showing a naked couple having sexual intercourse as part of the RSE programme Spring Fever.

At Parkfield Primary School in Birmingham, where LGBT lessons were suspended after parents started protesting in February, storybooks like ‘Mommy, Mama and Me’ and ‘King and King’ were being used to promote same-sex relationships.

Christian campaigner David Skinner noted that pupils at the 98% Muslim majority school are “part of a tight-knit, cohesive and stable community” and said that if Parkfield can be “overcome” by the LGBT programme, “there will be no school in the UK that can withstand the LGBT juggernaut”. Mr Skinner also believes that Christians should “stand foursquare” with the Muslim parents, claiming they are only interested in “the welfare of their children and not in promoting a radical, Islamic agenda”.

However, former Ofsted chief Sir Michael Wilshaw said that the lessons should “absolutely” be reinstated and that parents must “understand that they’re living in a pluralistic society with liberal values”.

Under the controversial guidelines, parents’ right to withdraw their child from Relationships Education has been downgraded to a right of request, leaving the final decision with the headteacher. Tim Vince, director of Christian Education Europe, also known as a Revelation TV presenter, has called this new provision “virtually meaningless and toothless”. A petition supporting parents’ right to pull their children out of RSE lessons attracted over 115,000 signatures.

Relationships and Sex Education will be compulsory in secondary schools, although parents will retain the right to withdraw their children from the sex education aspect until three terms before the child turns 16.

Questioning the legality of the draft regulations, over 140 educators, professionals and religious leaders signed an open letter to the Education Secretary from The Values Foundation, an advocacy group for faith and families in education. They cited parents’ right for their child to be educated “in conformity with their own religious and philosophical convictions” under the European Convention of Human Rights.

Members of major faith groups have launched a website (40Days.uk) to challenge the guidelines, inviting pledges of £1 to help “protect children’s innocence” and “resist state intervention outside the remit of the core curriculum”.

How parents’ rights are being threatened

Brexit’s turmoil may be a sideshow compared to the government’s seismic shift of position over parental rights, says Tim Vince. From September 2020 you will not automatically be able to remove your child from a lesson on LGBT lifestyles

Keen readers will remember HEART’s article ‘Too much, too young’ in October 2018. This article played a significant role in building a petition of over 115,000 signatures which ensured a parliamentary debate was held about the government’s RSE (Relationships and Sex Education) proposals.

At the same time the government’s public consultation on its RSE proposals produced overwhelmingly negative responses.

To the dismay of the petitioners, however, the government – while granting this debate (as they were obligated to do by law) on 25 February in Westminster Hall – simultaneously published the results of the RSE consultation. This meant that the debate was held before MPs and the public had digested the consultation’s results and so were unaware of the misgivings expressed.

Discretion
To make matters worse, the government then ‘laid’ (put down) a statutory instrument (SI) in the House of Commons, which almost guarantees the legislation will be made law without amendment! In September 2019 the RSE ‘guidelines’ can be implemented by a headteacher’s discretion and, come September 2020, they will be legally enforced.

Shocked
Thus the authority of parents which is enshrined in the European Convention of Human Rights and the UN Charter will have been overturned. History may judge the Brexit turmoil to be a sideshow in comparison to this seismic shift.

If parents – let alone Christian parents – knew what was actually being ‘taught’ to their children, they would be utterly shocked. Paul writes in Ephesians 5:12, “It is shameful even to mention what the disobedient do in secret.”

Yet shameful deeds done in secret are now promoted to children (prepubescent children just out of nursery!) as normal by their authority figures at school – who often spend much more face time with children than their parents and ten times more than Sunday school teachers (who incidentally the government/Ofsted have also been pressing to regulate).

Experience over recent years indicates that content in such lessons is certainly NOT age appropriate and completely contrary to Christian teaching for adults, let alone for children. Classroom teachers have a wide latitude in what they cover and there is rarely another adult present to monitor what is being taught.

Sympathetic
Surely those PSHE/RSE teachers or senior management who are already sympathetic to the LGBT+ cause will feel free to push the boundaries, when all the signals from the Department for Education (DfE) and Ofsted are encouraging them?

The DfE has a rainbow flag hanging in the atrium of its HQ reaching from the fourth floor to the ground, while its senior officials have a rainbow logo with the words, ‘I’m an LGBT Champion,’ alongside the DfE Logo. Note that this is not to mark an annual LGBT celebratory day, but permanently alongside the DfE logo. Ofsted’s Chief Inspector, Amanda Spielman, has openly campaigned for what she calls “muscular liberalism” to stand against those who hold to traditional Christian morals.

What really takes the biscuit is that many state schools and, in fact, the entire UK education system was founded on biblical principles.

What will it take for the Church of the United Kingdom to rise up and protest as the Jewish and Muslim parents have? If not over the pollution of impressionable minds (“whoever causes one of these little ones to sin”) then what?

Every concerned parent and grandparent must write to their MP to say, “Enough is enough,” and demand that the parental right of withdrawal from such education – not merely the right to request – should be upheld.

And if it is not upheld and the government continues to trample on their right they should withdraw their children from school. There are Christian education alternatives for schools and home schools!

Tim Vince is director of Christian Education Europe. He will be hosting an evening on ‘The Christian Response to Relationships and Sex Education’ on 23 April at 7pm at Dunwood Oaks, Romsey, Hampshire, SO51 0GF and on 8 May at 7pm at The Cedars Foundation, Rochester, Kent, ME1 3DE. Register for free at rse.christian.education

Bible on the buses