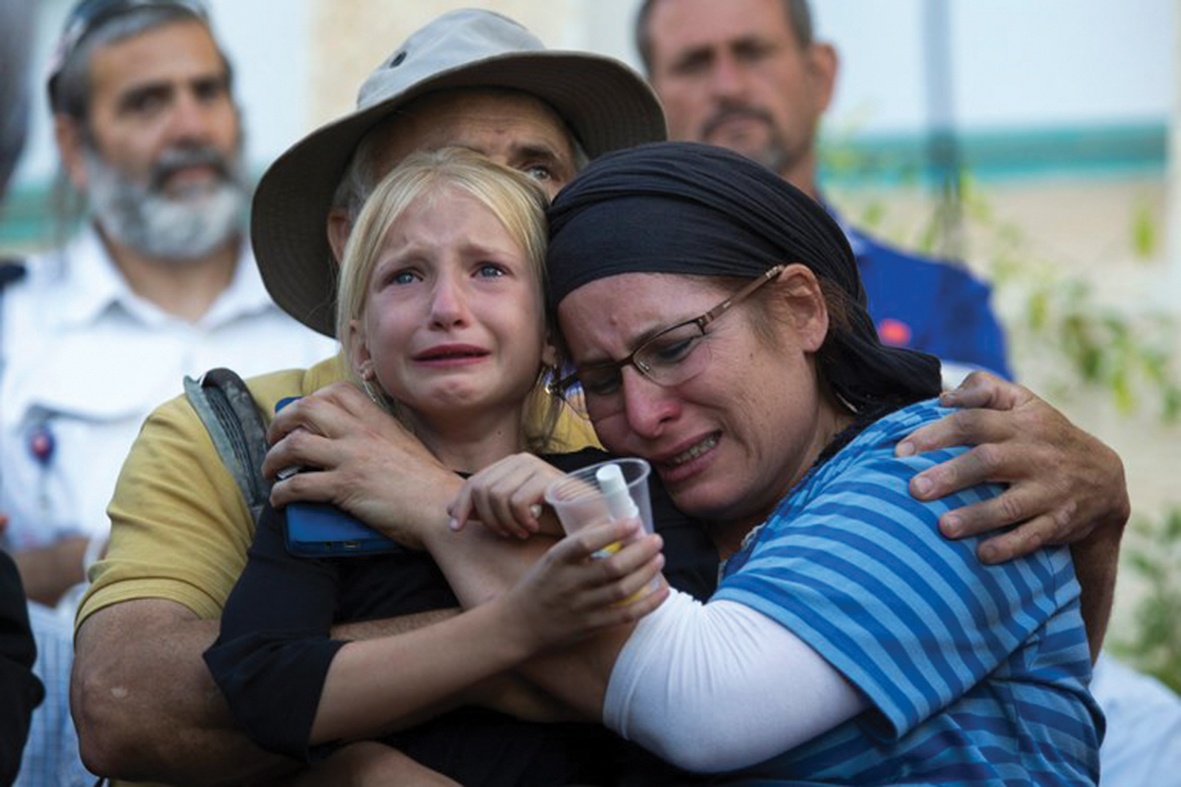 The family of Hallel Yaffa Ariel at her funeral

British and European nations now under constant threat of terror attacks should spare a thought (and prayer) for Israel. In one of the most shocking incidents yet since the start of lone-wolf knife and gun attacks by Palestinian terrorists, a 13-year-old girl was butchered to death while asleep in her bed.1

The grisly murder of Hallel Yaffa Ariel came just days after a senior adviser to PA president Mahmoud Abbas urged his people to slit the throats of Israelis rather than engage in dialogue. “If you ask me my blunt position, I would say—every place you find an Israeli, slit his throat,” Sultan Abu al-Einein, a central committee member of the ruling Fatah party, told the Palestinian website Donia al-Watan when asked about Palestinian officials participating in Israeli conferences. “Likewise, I am against talks, negotiations, meetings and normalisation in all its forms with the Israeli occupation.”2

And on the day after the world woke up to news of Hallel’s tragic death, Iranian Revolutionary Guard deputy commander Hossein Salami said: “The opportunity to destroy Israel is now better than ever because tens of thousands of long-range missiles all over the Islamic world are ready to hit Israel immediately upon receiving the order.”3

He made his chilling statement on al-Quds Day, when Iranians mark their solidarity with Palestinians.

The Jewish people are under greater threat now than they were under the Nazis, and this time Christians especially must avoid the shameful option of passing by on the other side of the street as in Jesus’ parable of the Good Samaritan (Luke 10:25-37).