From Tinseltown to salvation 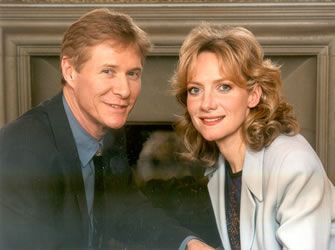 A funny thing happened on the way from the studio

Paul Jones, the Sixties pop star and actor, who is now a very youthful  71 years young, told a rapt audience in Westergate of how he came to Christ from a background of intellectual arrogance.

With Paul was his beautiful wife Fiona, who is possibly best known for her role in the 1980s ITV series, Widows.  Paul still presents a show on BBC Radio 2 and performs with both the Manfreds and The Blues Band, while Fiona, primarily works only alongside her husband and as a Christian speaker.  They also present a marriage seminar celebrating both divine and human love.

Back in the mid-sixties, Paul had been a dedicated atheist since his teens.  Then he was invited to a TV discussion with Cliff Richard.  Paul was determined to catch out and discredit Cliff’s Christian faith.

He had been working at the arguments and traps for years.  At the end of the evening, Paul left feeling very pleased with his effort.  Cliff, he discovered much later, went to his dressing room with two friends to pray for Paul.  Seventeen years later their prayers were answered.

Paul is now a passionate believer in prayer and he and his wife, actress Fiona Hendley Jones, ask those who attend their evenings of music and testimony to fill in a prayer request; they pray for each one.

Paul and Fiona met and fell in love on the stage of Beggars’ Opera and Guys and Dolls while nightly singing the lead roles to each other.  They became a theatre-land couple.  Fiona had had a difficult childhood getting involved in the occult with her mother in her late teens, but by this time, she had given up any spiritual searching.

One day, leaving the BBC having done a radio show, she felt drawn to All Soul’s Church, Langham Place.  In she went, sat down and took up a Bible which fell open.  There her eyes fell on John 3:16: “For God so loved the world that he gave his only begotten Son, that whoever believes in him should not perish but have everlasting life.”  She re-read it again and again thinking – “If this is true it is the most wonderful thing.”

She went to the theatre that night and told Paul, “Don’t laugh but I’m going to church on Sunday,” and Paul came with her.

“I absolutely knew that the church would have only three people in it –  the vicar, the verger and one old lady,” said Paul.  What he found astonished him, lively people with good music; one of the team invited them to a Bible Study on Romans.

Then came an unexpected invitation to dinner from Cliff Richard.  He rang up to ask them both to an evening with Luis Palau beforehand.  Along they went to a huge stadium, seated high up.

Cliff began with a couple of worship songs, accompanying himself on the acoustic guitar and then Luis Palau spoke From Romans 1 starting at verse 16.  As Luis spoke of those professing to be wise but who become fools, of the lusts of the heart, conviction set in.

At the altar call to come down to the front of the stage, Fiona jumped up to go.

“Wait a minute,” said Paul, where are you going?”

“I am going to do what the man says, I’m going down there,” said Fiona.

“Oh, we can sort that out”, said Fiona, “this is much more important”.

Brief pause – “Will you marry me?” from Paul.

“Yes”, said Fiona, and they went down together to answer God’s call on their lives.

That was nearly 30 years ago.  They have since had full acting and musical careers, but they also knew that God was challenging them to make themselves available for evenings of music, outreach and testimony.  And so, at Westergate Community School, we were treated to some lovely worship songs which they have written, their stories, and to the most beautiful salvation and re-dedication prayer I have ever heard.