Fresh insights into the biblical feasts

What these high points of the ancient calendar reveal about Jesus’ life, death and resurrection.

‘The Messiah Pattern: The Biblical Feasts and How They Reveal Jesus’

Scotland Yard’s Sir Robert Anderson (1841-1918) once said that the study of typology was what convinced him of the Bible’s inspiration. 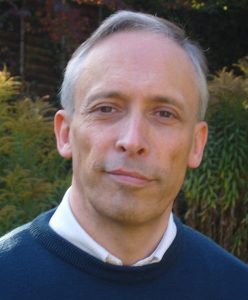 Peter Sammons’ lively and provocative book on the types and shadows of the biblical feasts might well have convinced him, too. These fresh insights will appeal both to those already familiar with the spiritual significance of the feasts, and those completely new to the topic.

Sammons leads us gently into deep waters, eloquently bringing out the covenantal aspects of the feasts, which reflect not only Israel’s “agricultural year in the physical realm” but also “a theological year in the spiritual realm”.

Distancing himself from the ‘Hebrew roots movement’ per se, which he feels sometimes suffers from “well meaning but misguided” ideas, the author aims instead to “bring a little order and Jesus-focus” to the feasts of Leviticus 23.

He explains how each of the “magnificent seven” feasts fits into a prophetic pattern:

The book includes clear diagrams and could function as a reference guide throughout the year.

Sammons follows the trail blazed by former expositors by seeing both the two loaves and two lambs at Firstfruits as emblematic of Jews and Gentiles (Leviticus 23:17-20). But you’ll have to buy the book to discover why Pharaoh’s name is not mentioned in the Exodus Passover account!

Fully recognising that his language “will offend some”, the author leaves us with a stern warning about the dangers of replacement theology – the concept that the Church has forever replaced ethnic Israel – which he feels excuses a “very real anti-Semitism… that has existed like a semi-dormant virus since the earliest post-apostolic times.”

He includes a pungent criticism of the institutional Church for taking upon itself the authority to “invent” a liturgical year and associated celebrations and saints’ days.

And referring to the parable of the leaven, he says, “Jesus is warning that false teachings and influences will infiltrate and adulterate the Church which will become bloated…by merely external religion and those who do not truly belong to Christ.”

In terms of the feasts’ practical application for today, the author hints at his position by noting that although “non-biblical elements (were) added to the traditional Jewish Seder meal (eaten at Passover) … the only elements actually commanded as a lasting ordinance are set out clearly in Exodus 12:1-8 (God’s instructions to the Israelites for the first Passover).”

Thus this timely book demonstrates that the aim of rediscovering the feasts is not to observe futile outward rituals, but to experience internal renewal leading to a deeper relationship with Jesus himself. 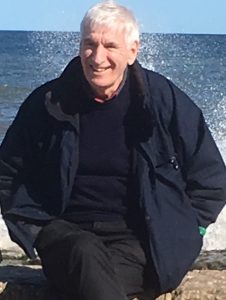 Richard became a Christian in 1967 and was an elder at Pensford Gospel Hall, near Bristol, for 25 years. He is and his wife Elisabeth are currently part of the leadership team at an independent chapel in Stoke Cannon, near Exeter.

If you love typology teaching, dash to Devon for the second Re-digging the Wells Bible Week from 10-16 August (advertised in our Apr/May and June/July issues) to hear Pastor Ian Huxham of Evangel Church, Sidmouth. He draws out insights from many Bible passages that prefigure the Gospel. He will be speaking along with Clifford Hill, David Noakes and Derek Rous. A feast indeed!