Franklin Graham is still fighting to preach in UK 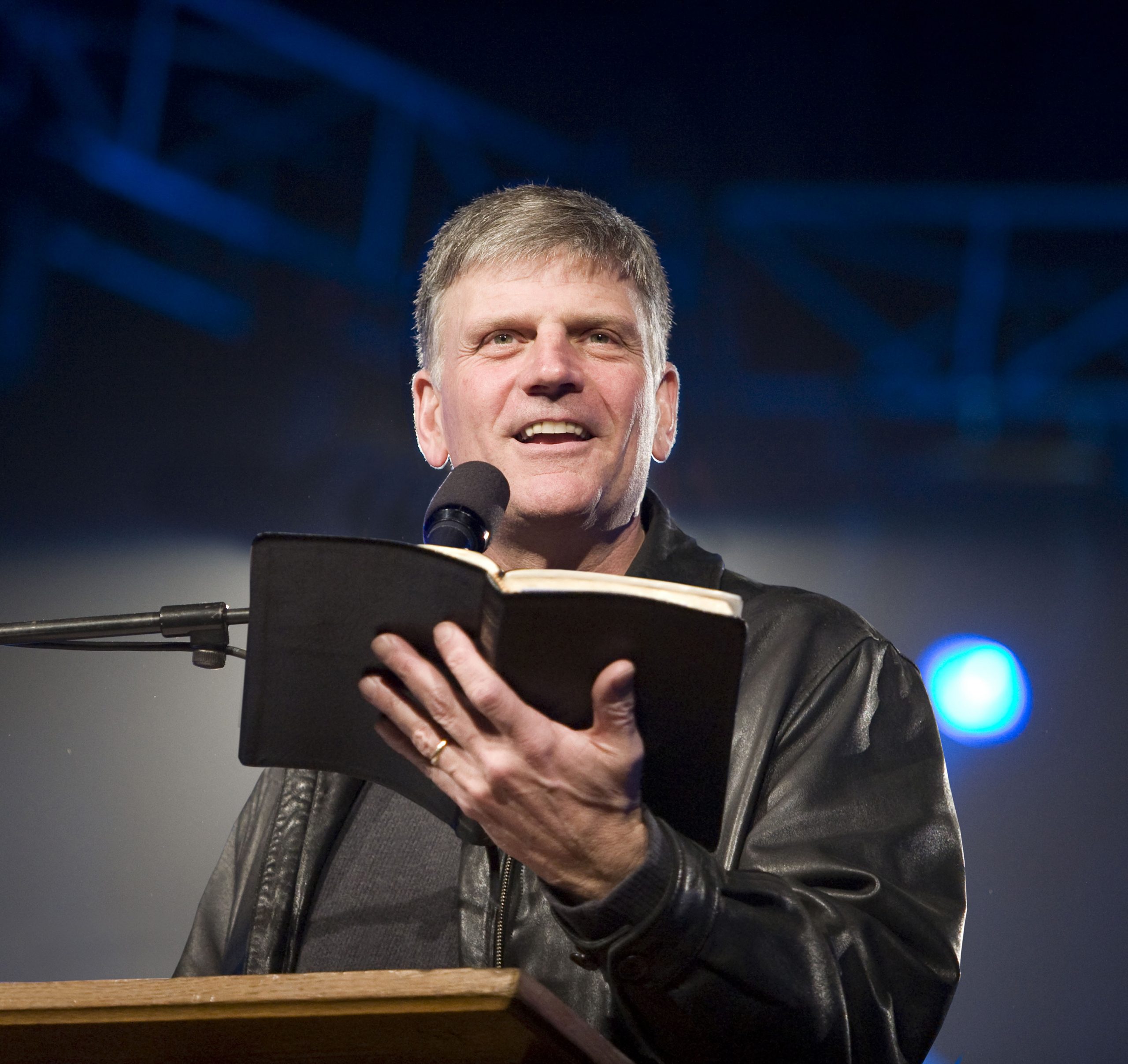 Although Franklin Graham has postponed his 2020 tour of the UK due to the coronavirus, he has not given up on Britain.

The Billy Graham Evangelistic Association (BGEA) is continuing to operate offices in the eight cities where more than 2,300 churches are working with and praying for evangelistic outreach. Over 6,500 individuals participated in the BGEA’s first wave of training programmes, and their training is planned to resume once the government and health authorities say it is safe to hold meetings again.

Meanwhile, his organisation is seeking a legal resolution to the dilemma of hosting big mission meetings at venues which broke their contracts with the BGEA.

Thus the son of the late evangelist Billy Graham has not given up his quest to present the Gospel afresh in the UK after all eight secular venues cancelled his outreach events citing so-called equality concerns.

The commercial venues had bowed to pressure from LGBTQ activists, who labelled him a hate preacher.

The tour was scheduled to start in Glasgow on 30 May and end in London on 3 October.

A spokesman for the BGEA told HEART that legal action was currently being taken against the Glasgow (Scottish Event Campus) and Sheffield (FlyDSA Arena) venues: “During this time of uncertainty, people need a message of hope, so BGEA is committed to pursuing a resolution with The SSE Hydro and the other venues that were scheduled to host the Graham tour.”

Glasgow Sheriff Court has told Scottish Event Campus that a proper explanation must be given as to why the Glasgow event was cancelled. The BGEA had asked the court for an interim order so the event could be held at the venue. Scottish Event Campus did not respond to the court’s request within its seven-day time frame, according to the BGEA spokesman.

Danny Webster, EA advocacy and media manager, said the Alliance was “committed to promoting freedom of speech” and “supportive of all opportunities for people to hear the good news of Jesus”. The EA was not involved in the Graham tour, Mr Webster pointed out, and neither were some local churches.

Some 17 ‘evangelicals’ wrote to The Guardian on 7 February opposing the Franklin Graham visit, saying it would “widen divides in churches and communities” and “people would be driven away from Jesus”. They also wrote: “We find it hard to reconcile his public and partisan statements on such issues as immigration, poverty, gun control and Israel with our understanding of the teaching and values of Jesus Christ.”

Gavin Calver, CEO of the EA, then experienced being ‘no-platformed’ himself, after Edinburgh City Council cancelled the booking for a conference at which he was due to speak this June. The annual Destiny Church conference would have seen Calver alongside American preacher Larry Stockstill. The council acted following complaints about Stockstill’s alleged views on homosexuality.

The shock at the cancellations even reached Parliament. Christian MP Fiona Bruce questioned whether the meeting cancellations conflicted with the government’s pledge to defend the rights of UK Christians to practise their faith.

She asked: “Can we have a statement as to whether we can really call ourselves a tolerant, inclusive and diverse society which respects freedom of speech whatever one’s religion or beliefs if we deny the Billy Graham [Evangelistic] Association a platform in this country?”

The Leader of the House, Jacob Rees-Mogg, responded by openly questioning the legality of the cancellations. He said: “Although venues are allowed to take their own decisions about whether or not to host Franklin Graham during his upcoming visit, they must, like all service providers, be careful not to discriminate unlawfully on grounds of religion and belief… It is a sad truth that many people who tout themselves as being liberal are liberal only about what they like and are very intolerant of the views with which they disagree.”

Graham also wrote an open letter to the LGBTQ community in the UK, saying he was “not coming out of hate [but] coming out of love”. He wrote: “It is said by some that I am coming to the UK to bring hateful speech to your community. This is just not true.”

And speaking to Premier Christian Radio, he apologised to those who felt offended by his views but reiterated his belief that marriage is only the union of one man and one woman.

He said: “I think there’s a real misunderstanding. We’re not here to preach against anyone. But we’re here to tell everyone how they can have their sins forgiven, and how they can have a relationship with God through faith in his son Jesus Christ.”

In addition to his evangelistic outreaches, Graham also leads Samaritan’s Purse, which provides humanitarian and disaster relief around the globe and in March built an emergency field hospital in Cremona, Italy to treat coronavirus patients.

“The UK Church is facing an historic turning point”

This was what evangelist Franklin Graham sent worldwide this February, asking for prayer for the UK after eight venues bowed to pressure from LGBTQ activists.

He wrote that a “small but vocal minority is pressuring venues to back out of our contracts because I have said that God defines homosexuality as sin… I believe this is a defining moment for the Church in the UK, and Jesus Christ is the only hope for change.”

What should concern British Christians was the silence from national British church leaders. While there were over 2,000 UK churches backing Mr Graham’s tour, our nationally known church leaders did not wholeheartedly welcome a man bringing the uncompromised teaching of the Bible. And let’s not forget that it was a mission paid for by his organisation, which had been prepared two years in advance.

Contrast this with the welcome extended to his late father, Billy Graham, a frequent guest of Her Majesty. “No one in Britain has been more cordial toward us than Her Majesty Queen Elizabeth II,” Billy Graham wrote in his autobiography, ‘Just As I Am’.

“Almost every occasion I have been with her has been in a warm, informal setting, such as a luncheon or dinner, either alone or with a few family members or other close friends.”

He added, “By welcoming us and having me preach on several occasions to the royal family at Windsor and Sandringham, she has gone out of her way to be quietly supportive of our mission.”

While the Queen cannot openly endorse Franklin Graham, it would be good if she could be seen to approve of him.

Is it a coincidence that national church leaders who had failed to insist that doors remained open for the preaching of the Gospel (or offer a cathedral or two?) have now found themselves obliged to suspend their own services?

Moreover, it seems as if God has allowed all the pleasant but ultimately frivolous events that the nation would normally have enjoyed this spring to be cancelled or postponed. Stadiums and arenas which could have hosted a Gospel rally now lie empty and risk huge financial losses.

Spare a prayer for the millions cooped up indoors without even football or racing to watch on TV. Perhaps God has cleared the schedules for performances of passion plays and Hollywood ‘religious’ blockbusters?

For my neighbour – you are not forgotten supplement Aug/Sept

For my neighbour – you are not forgotten

For my neighbour – you are not forgotten!