Facing up to the truth about Islam 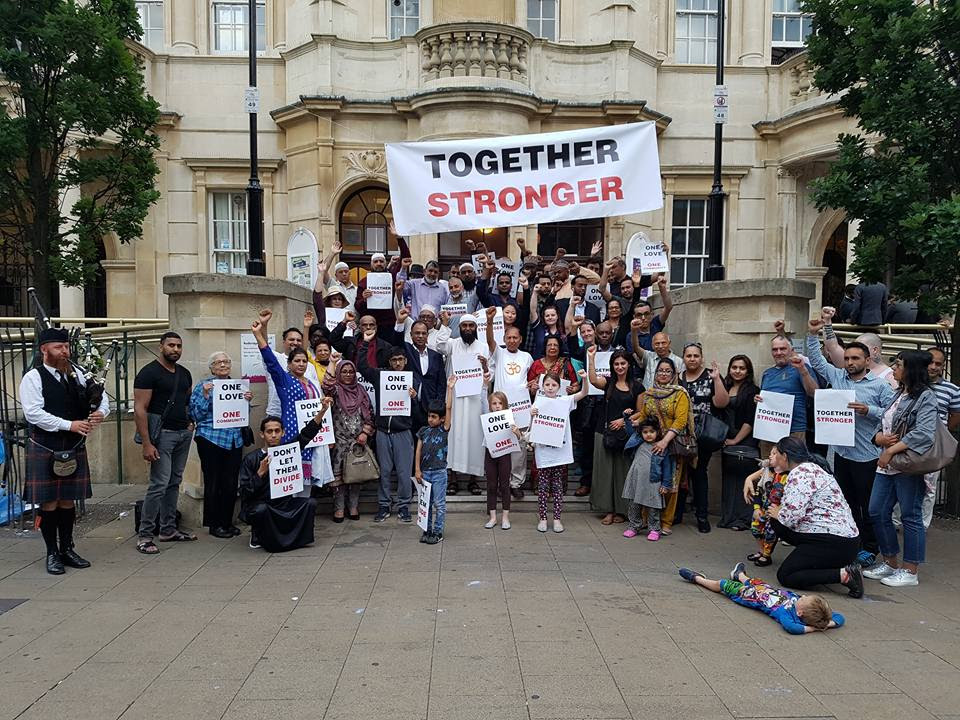 Once again death and destruction have come to our streets, but still we are not getting to grips with the real issues, says lawyer Philip Quenby

If ever we questioned the need to recover our Christian heritage, the recent terror attacks in Manchester and London should surely dispel any doubt once and for all.

Sadly, however, the Church is not getting to grips with the real issues. Widespread ignorance within the Church allows ill-informed platitudes and a spirit of appeasement free rein, so there is little difference between what the Government or the Church are saying about Islam.

First, let’s be honest about our failings.  The Government is realising that Muslim communities have kept themselves separate from non-Muslims. For them, integrating into modern-day British society is an unattractive prospect.  Why expect Muslims to admire our traditions of freedom, democracy and rule of law if they are rightly disgusted by public drunkenness, sexual licence and family breakdown.

Indeed, one wonders if a sense of unspoken shame lies behind the Church’s unwillingness to grasp the nettle and speak the truth about the nature of Islam.

Of course we must stand against any attempt to stigmatise an entire community. Many know Muslims who sincerely seek to worship their Creator and live at ease with those around them.

What is vital, however, is to make the distinction between the individual and the ideology. A desire to be good neighbours should not deter us from confronting the ideology. It is not benign and many are in its thrall.

Current orthodoxy portrays so-called Islamism as distinct from and a perversion of “the real Islam”, a throwback to the seventh century with no place in modern Muslim thinking.

The trouble with this is that, while the Bible sets its own historical context, the Koran (delivered in the course of one man’s lifetime) purports to be true for all times and places. Though we hate to admit it, extremists’ views are neither perverse nor contrary to their scriptures. Their views are more true to the literal wording of the text than are those of moderates.

Even suicide bombing is a logical choice when the only way to be sure of salvation is to die a martyr’s death (Surah 3:169-174, Surah 47:4-6) and no-one who is a rebel against Allah can be considered innocent. After all, Islam asserts that all are born Muslim, with the result that new believers “revert” to Islam rather than convert.

Islam does not mean “peace” (as is often asserted), but “submission”. Neither does “jihad” primarily mean spiritual struggle. Instead it enjoins the use of armed force to spread Islam.

The Koran contains upwards of 500 jihad verses and 34 “sword verses”, among them the notorious injunction to “kill the unbelievers wherever you find them, and capture them and besiege them, and lie in wait for them in each and every ambush” (Surah 9:5), quoted by Osama bin Laden in his “declaration of war” against America. According to Islamic thinking, people inhabit either dar al Islam (the house of Islam) or dar al harb (the house of war).

A contrast is often drawn between the history of violence and intolerance of supposedly Christian nations and the allegedly kinder accommodation Islam reached with other faiths at various points. Certainly, there is much that should cause us to hang our heads in shame. If we do only that, though, we will stop half-way.

The issue is not man’s inhumanity to man, which sadly has been a feature of all times and all societies and for which people have tried to excuse themselves by relying on every shade of belief, both religious and secular. Instead, we have to look at where ideologies point. The uncomfortable truth is that whilst Christians have made war in contravention of the New Testament, Muslims have made war in obedience to the Koran.

Islam’s attitude towards women has been much discussed. Less well-known are the doctrines of taqiyya (lying to further the interests of Islam) and hudnah (making a tactical truce until Muslims are strong enough to wage war and win). A blind eye is turned to the curses which the Koran heaps on Jews (“Be you monkeys, despised and rejected”: Surah 7:166) and its requirement for dhimmi (Jews and Christians living under Muslim rule) to pay a tribute tax called jizya (Surah 9:29). This is a religion whose instincts are very different from those of the Judaeo-Christian tradition. Even what we might think is an invitation to negotiation and compromise can look different from a Muslim perspective, being instead a call to accept Islam which, if rejected, will justify war (Surah 3:64).

To reconcile contradictions in the Koran, Muslims apply a rule of abrogation so that later verses take precedence over earlier ones. (Called naskh, it is specified in Surah 2:106). Regrettably, the relatively peaceful and tolerant message Mohammed preached as leader of a persecuted minority in Mecca must therefore give way to the warlike and uncompromising tone adopted in Medina, where he held the reins of power. Returning to Mecca as a conquering warlord, the founder of Islam (who Muslims consider the exemplar of a perfect life) said, “I have been made victorious with terror.”

Christians are called to speak the truth in love. To counter Islamic extremism, we need to say what we are for, as well as what we are against. There is a real and convincing spiritual alternative to Islam.