CHRISTIANS MUST AVOID becoming ‘faithless addicts to self-defensive violence’ in response to global persecution and nurture a ‘different spirit’.

The Archbishop of Canterbury, Justin Welby, wrote these comments in a recent article for Prospect Magazine called, ‘What shall we do about ISIS?’ 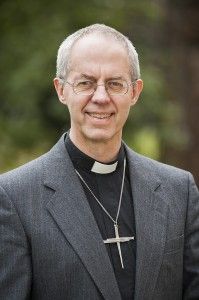 The Most Rev Welby admitted ‘some use of force’ may be unavoidable in conflicts such as against the Islamic State militants in Iraq. However, he has called for Christians to remember, ‘one simplicity’ in the face of worldwide suffering by believers.

He wrote: “All our futures are in the hands of God, who is Lord of history. We are called by Jesus Christ to trust God, and to love each other, our neighbours and our enemies.”

The Archbishop pointed out that there were ‘no armies, no kings and no pitched battles’ in the first three centuries of the church yet Christianity ‘overcame the greatest power of the age’.

He added: “Christians serve the Prince of Peace who never wielded a sword. We all know that violence by itself resolves nothing.

“Any global struggle with aims of human growth and development, of a just peace and not only on the terms of the rich and powerful, requires a different spirit. For Christians it is ultimately through following the example of Christ’s self-giving love that we may save ourselves and others.”