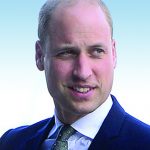 NOW THAT our royal family’s ‘exile’ in terms of official visits to the Holy Land is finally over, I pray that our relationship with Israel will reach new heights of understanding and support.

When Prince William arrives shortly after the celebrations of the Jewish state’s 70th anniversary this summer, he will be the first British royal to make an official visit. The ‘exile’ will end, appropriately enough, after 70 years – the period spent in Babylon by the Jews of old.

As columnist Melanie Phillips wrote, “This has long been a source of pain and irritation in the Jewish world. The reason was that official visits by the royal family are a feature of UK foreign policy and only take place where the British government decides the royal family should go.”

The Queen’s grandson’s visit is expected to coincide with the controversial US Embassy move from Tel Aviv to Jerusalem. The historic visit will also take in Jordan and the Palestinian territories.

The long exile from the modern Jewish state by British royalty seems to reflect Foreign Office policy, which generally amounts to appeasement of the surrounding Arab nations.

Last year a rumoured visit by Prince Charles, heir to the throne, was reportedly cancelled by the Royal Visits Committee on the grounds that it would “upset Arab nations in the region who regularly host UK royals”.1

Although the Queen has travelled the world more than most, she has never set foot in Israel, the land which gave birth to the Christian faith she so devoutly follows. Prince Philip’s only trip was in 1994 to attend a ceremony commemorating his mother, Princess Alice, who is buried on Jerusalem’s Mount of Olives.

Prince Charles has visited twice to pay respects at state funerals as well as fulfilling a longstanding wish to visit his grandmother’s grave, but these were not considered official tours.2 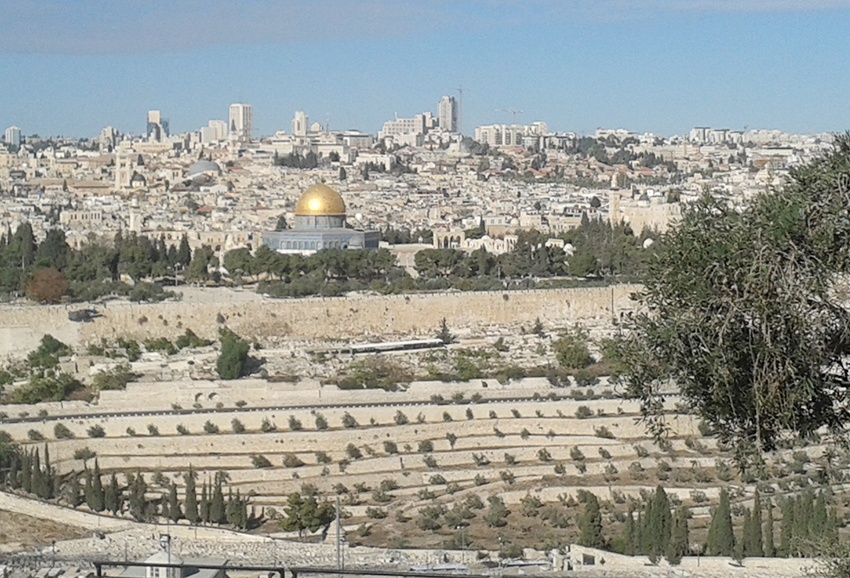 Jerusalem as seen from the Mount of Olives, where the Queen’s mother-in-law, Princess Alice, is buried

I suspect the 35-year-old Duke of Cambridge will also want to visit the grave of his great-grandmother, recognised by Israel as ‘righteous among the nations’ for saving a Jewish family during the war.

As Princess Alice of Greece, she hid Jewish widow Rachel Cohen and two of her five children in her home. Rachel’s husband had helped King George I of Greece in 1913, in return for which the king offered him any service he could perform, should he ever need it.

When the Nazi threat emerged, his son recalled this promise and appealed to the Princess, who duly honoured her father’s pledge. 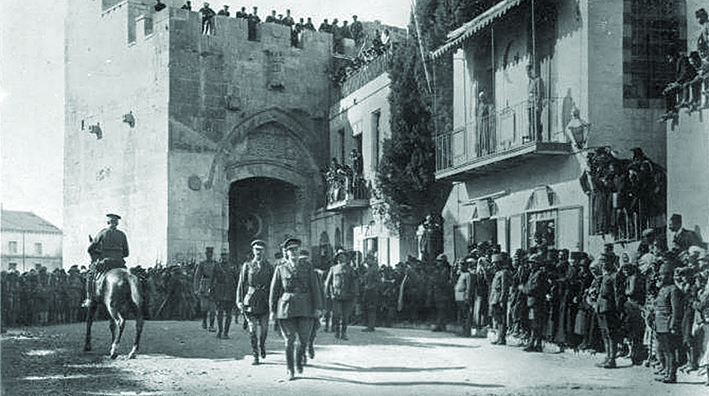 Britain has betrayed God’s chosen people and land for long enough. A hundred years ago we were granted the great privilege of restoring Jews to their ancient land through an international treaty (at San Remo in 1920) that recognised their right to such territory. But, in the face of Arab opposition, we backed down.

To this day, we have kept appeasing those who shouted the loudest, and shamefully refused to follow President Trump’s lead in recognising Jerusalem as Israel’s capital. The prophet Isaiah sternly warns: “For the nation or kingdom that will not serve you [Israel] will perish; it will be utterly ruined.” (Isaiah 60:12)

The responsibility for Britain’s fortune or failure will inevitably have much to do with how we treat Israel.

We stand at the crossroads with a great opportunity to bless the Jews – to work with them towards a peaceful future in the Middle East or to work against them in appeasement of their enemies as we have done for much of the last century.

Which road will we take? Will we step out in faith – honouring the God of Israel – or succumb to fear of the repercussions?

‘Voices of the Silenced’ not silenced