A blot on British history 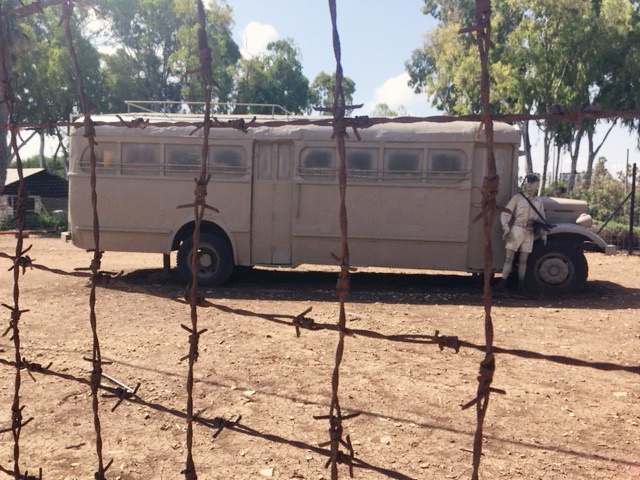 Among the incidents reported over a Christmas period during which I was largely preoccupied with the death of my dear mum were the illegal immigrant crisis and the potential disaster of a rogue drone that brought Gatwick Airport to a standstill.

And there is a poignant connection between the two that has an important message for Britain for the new year.

Jews trying to escape the gas chambers were once prevented by the British from entering their own fatherland, a nation that has now come to our rescue by providing the technology used to ground the unmanned flying machine.

Before, during and immediately after World War II, British soldiers were ordered to deal with ‘illegal immigrants’ to Israel, and the grossly insensitive way in which they handled it still reverberates in the hearts of those who experienced it and their descendants.

The greatest injustice of that tardy episode in our history was the fact that Britain had been charged by the League of Nations to prepare the Holy Land for re-settlement by Jews who had been scattered and persecuted among the nations for almost 2,000 years.

It was thus an obvious refuge for Jews desperately trying to flee Nazi-occupied Europe. But in order to appease the region’s Arab population, who used violence and intimidation to discourage Jewish repatriation, we disgracefully limited the quota of immigrants.

Although we had recognised, finally, that you couldn’t negotiate with fanatical dictators like Hitler, we failed to apply the same lesson to our dealings with the Arabs of the Middle East.

The story of one particular family, as told by Aliza Ramati in Where are you my child?(published by Zaccmedia), is especially harrowing and helps to bring the current migrant crisis into perspective. Theirs was a case of jumping from the frying pan into the fire – escaping from the Fuhrer’s claws only to be crunched by the jaws of the British lion.

After fleeing Czechoslovakia in November 1940, they eventually joined 1,800 refugees boarding a rickety old ship designed to carry only 300 people.

Because they didn’t have the necessary papers, the crew were reluctant to press on with any haste for fear of incurring the wrath of the authorities themselves, so the desperate passengers kept bribing them with jewellery and other gifts. But the journey was perilous, with much sickness and death. And when, after some months, they finally caught sight of Haifa, they were surrounded by the British navy who treated them like dogs before re-routing them to detention camps in the faraway Indian Ocean island of Mauritius as well as in Atlit, near Haifa.

Some were transferred to a bigger ship, the SS Patria, which was subsequently blown up and sunk with the loss of 250 lives.

The Haganah, an underground Jewish movement fighting the British, planted a bomb on the vessel with the apparent intention of only disabling it in order to prevent the deportation of its passengers, but the plan went horribly wrong.

As a result, the family at the centre of this true story got separated in the chaos following the explosion – husband from wife, and wife from baby, feared drowned. Another described swimming to safety through a sea of blood. But a Viennese man had saved the child, who was reunited with his mother some time later.

The family somehow survived their ordeals to realise their dream of settling in Israel, though it took a circuitous route via Mauritius where, with the help of the Czech consulate in South Africa, the storyteller’s grandfather enlisted as a Czech soldier fighting the Germans and was eventually posted to Israel, where he deserted in order to join the Haganah.

His wife, however, was treated with compassion by one British officer, who paid for it with imprisonment and who wrote: “I joined the British army with the intention of fighting the Nazis… To my sorrow, I was not sent to the battlefield, as I had hoped. Instead, I was sent here to assist in taking care of the Jewish illegal immigrants… I’m a soldier, and I must obey orders, but I am doing everything I can in order not to lose my humanity…”

The book is the product of a school ‘Roots’ project undertaken by 13-year-old Roni, who successfully traced the tortuous and heroic path of her ancestors with the aid of cassette recordings of her great-grandparents.

Family tree searches have become quite fashionable – and that’s a good thing as knowledge of our roots helps us appreciate the positive influences of past generations.

In the same way, it is vitally important and hugely enriching for Christians to explore the Judaic roots of their faith, which adds clarity and insight to the great truths of Scripture which, of course, came to us through the Jewish people and patriarchs.

A better understanding of our roots might well have prevented much of the persecution suffered by Jews at the hands of ‘Christian’ Europe.

Western civilization itself is based on the framework of biblical teaching perfectly reflected in Jesus, the Jewish Messiah, and if we cut ourselves off from its influence, we will lose the sap that gives us life, light, wisdom and compassion – and will wither and die as a tree does when cut off from its roots (see Romans 11.17f).

The future of our civilization depends on remaining connected to these roots. Those who oppose Israel need to understand that we cannot do without them. Even the technology that brought down the drone at Gatwick was developed in Israel, whose expertise in dealing with terror is proving beneficial to all.1

As for the Iranian and other migrants risking their lives trying to cross the channel, there is a need for compassion, mixed with wisdom. Above all, we must not repeat the shameful response of the British to the Jews trying to escape the gas chambers.

Jesus famously said: “Do to others what you would have them do to you”– the so-called ‘golden rule’ – “for this sums up the Law and the Prophets.” (Matthew 7.12)