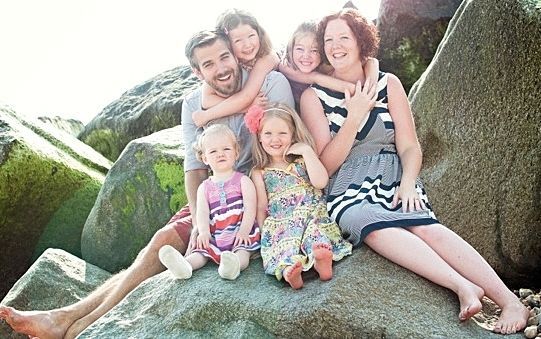 A ‘PUMPING CHURCH’ is being planted in the heart of a city famous for drugs and prostitution by a young couple from Brighton this summer.

Matt and Jo Simmonds are moving permanently to Amsterdam in The Netherlands with their four young daughters. The exciting move will see the Simmonds joined by an initial team of 12 adults and 11 children from the UK and The Netherlands – but more people are welcome to join the pioneering venture.

Mr and Mrs Simmonds are members of Brighton’s Church of Christ the King, a New Frontiers International (NFI) church where Matt has been an elder and overseen marketing communications.

Mr Simmonds said: “Pray for more people to join us. We’re so excited about what God has planned for this church plant. He’s beginning to lay some big dreams on our hearts as we explore the city more and more. We’re increasingly aware of the challenge ahead of us. We’re got a great team already with us but we’ll need more people, many more, to help build a pumping church to reach this incredible city.”

Both parents have asked for prayer for their four girls: “The oldest three children will start in a Dutch school in September which will be a big change for them. Pray they make friends, learn the language and settle in quickly.”

The church itself will not start meeting until next year to give time to build a leadership team, learn about the city and settle in. Mr Simmonds joked that the name of the church was ‘top secret’ at the moment.

He said: “We’re in no rush and would rather make sure we build well enough so that whenever we launch, we can do it really well and then keep on doing it without exhausting everyone within a few weeks.”

King’s Church in Eastbourne, another NFI church, has financially supported the church plant as part of a fundraising effort for five international projects.