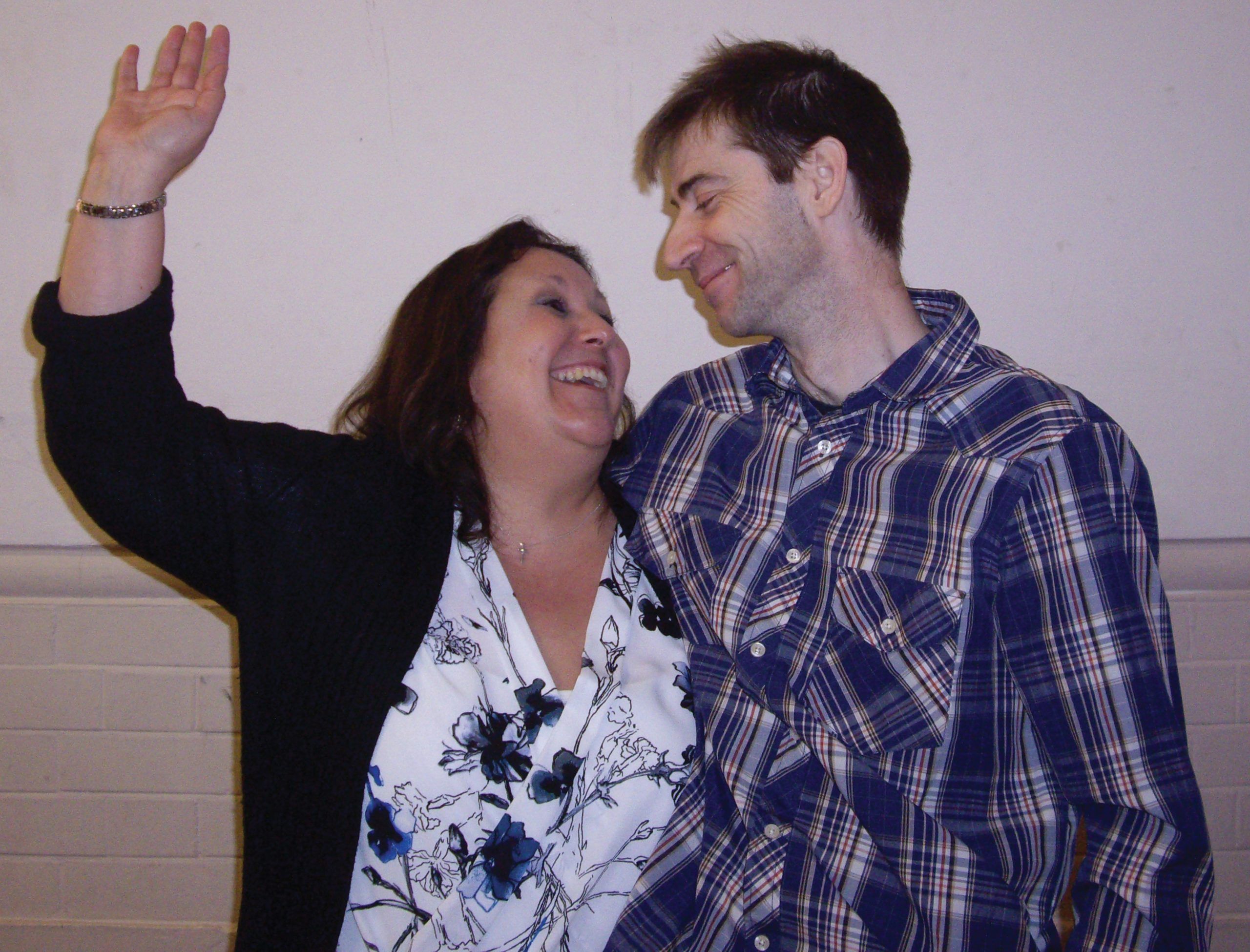 Healing worship or healed in worship? This was the question asked after healings broke out in a morning meeting at Coastlands Church recently.

Nurse Julia Abbotts had injured her right shoulder through lifting elderly patients. Although officially not supposed to lift patients, kind-hearted Julia found it hard to refuse requests to help them sit up in bed.

For three months she had been in ‘agony’, and had been taken off patient care to do desk work, which she did not enjoy!

“I’d been having hydrotherapy and physio since November last year, but it wasn’t having any effect”, she recalls. “The pain was so bad I couldn’t brush my hair or wash – and my husband had to help me dress!”

She had tried to return to patient care the previous week, but soon found herself in agony again. “What was worse, the other shoulder began to flare up because I was compensating for my weak right shoulder”, she adds.

But during the worship time in the morning service on 28 February, Julia responded to an invitation to come forward to show her commitment to serving God. After the pastors anointed her and others with oil, the thought came to Julia, “Why don’t you lift your arm and see if anything has changed?”

Suddenly Julia found herself raising her arm above her head – an impossible feat for the past three months!

Beaming, she asked to share her good news with the church. And after Julia had testified to healing, church member Chris McCanna thought he should share his good news too.

Chris, a 64-year-old semi-retired owner of a window cleaning business, had hurt his arm two weeks previously while moving a heavy ladder.  Moving his arm was painful and restricted to shoulder height.

While singing along with the church’s worship group about God’s ability to “break every chain”, Chris had raised his arms in worship and realised that all pain in his arm was gone.

Chris had been looking to God to heal him and was certainly not disappointed.

Coastlands pastor Drew Kear noted that the two similar healings were a prophetic sign to the church that God was calling us all to “put our shoulders to the work of God” in our generation.