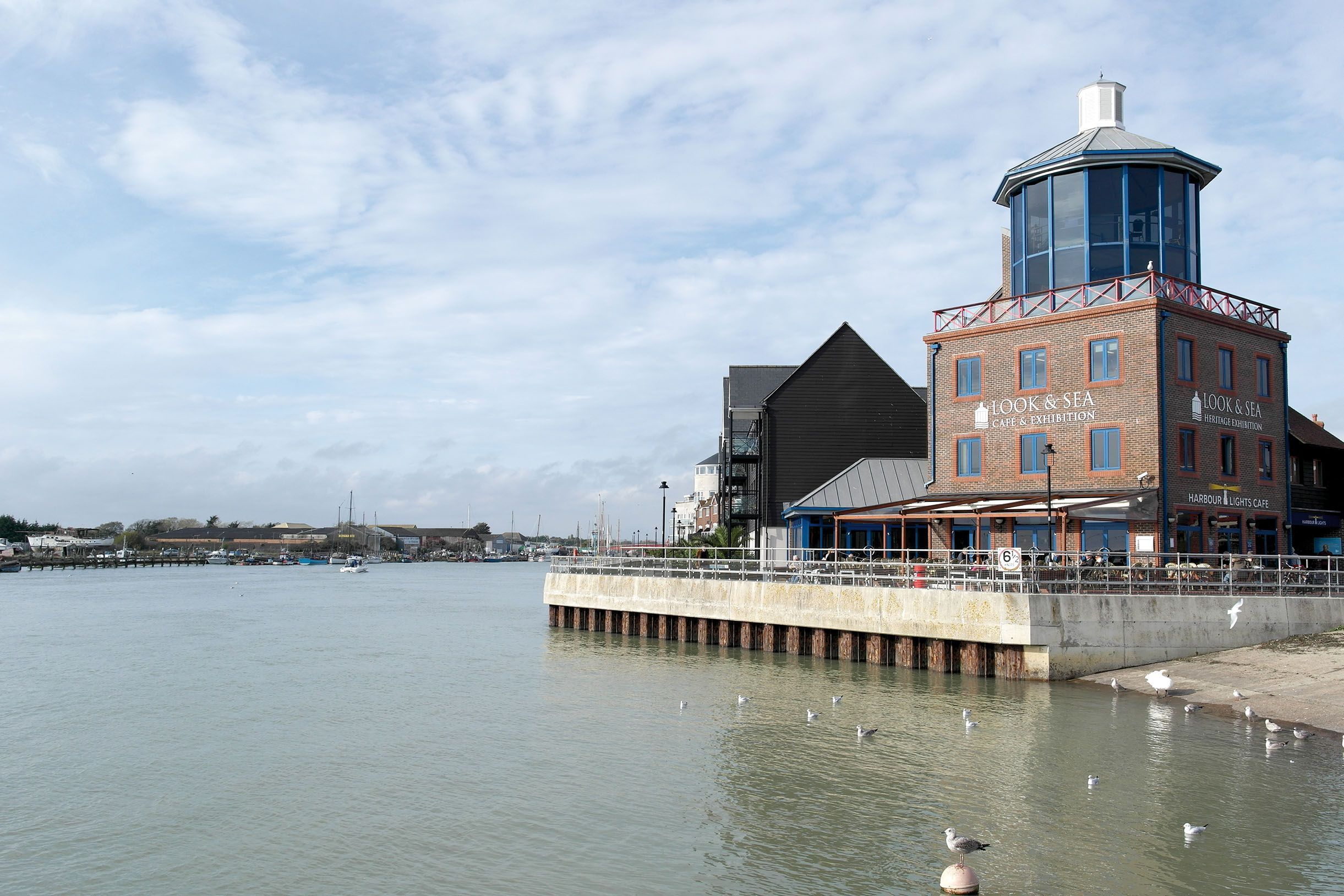 WELL KNOWN across the county for fixing cars, Rustington mechanic Simon Day now aims to retune a community with prayer.

Simon has launched a regular event in neighbouring Littlehampton called “Light in the Harbour”. Venue is the highly popular Look and Sea Visitor Centre – where the viewing tower offers a 360-degree view of the town.

The event format is flexible, offering prayer, worship and a “faith-building talk”, as Simon puts it. “The objective is to start with a culture of prayer, and to create an atmosphere where heaven can readily invade. From there, we want to start to invite people who are looking to experience peace or joy or freedom in their lives, to come and do just that.

“I thought of the harbour area and wondered about attractive places for people to come,” Simon said of the location for the prayer event. “It naturally boiled down to the Look and Sea Centre. When I found they had a conference facility in an upper room, it just seemed to be the right place. The name Harbour Lights for the café was very appealing.”

When Simon consulted his calendar, he was drawn to Friday 13September as an ideal time to start.  Although superstitious people see it as a bad date, it actually coincided with the ancient Jewish Day of Atonement, “Yom Kippur.”

More than 30 people turned up for the first harbour event.  Some felt something new had begun in their lives. Simon was encouraged to carry on. Eventually he wants to invite representatives from local businesses and even streets, so people can pray for them, too.

“I have a heart for seeing an authentic demonstration of what Jesus modelled, in the community,” he explained, “and a sense of wanting to bring Jesus to the people – rather than expect the people to come to a church.”

Simon has been particularly inspired since witnessing unusual happenings in Christian meetings, such as gold dust, heavenly voices and what people believed to be an “angel feather”. He claims he’s seen physical healings after prayer, and is spurred on by “Quantum Glory”, a book which explores how spiritual encounters occur in a physical universe.

“I’m motivated by the concept of seeing a breakthrough in the ministry Jesus modelled – healing of the sick and genuine God encounters – anywhere. There’s something in me that kind of rebels a bit at the idea of shutting church away into closed rooms.”

Light in the Harbour is on the first Friday of every month. “It’s a phenomenal vantage point from which to see and pray for the whole community.” So speaks the mechanic who aims to throw a spanner in the devil’s works.