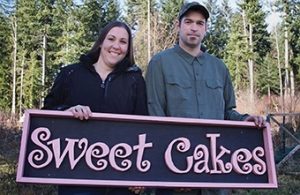 Melissa Klein with her husband Aaron

A BAKER FINED A WHOPPING $135,000 for refusing to create a cake for a lesbian wedding has baked 10 cakes and sent them to gay organisations throughout the USA as a ‘gesture of love’. END_OF_DOCUMENT_TOKEN_TO_BE_REPLACED 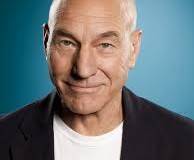 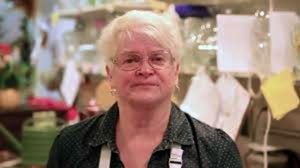 A GRANNY FLORIST has refused to follow the example of Judas Iscariot by betraying her Christian beliefs even if it means losing her home and business. END_OF_DOCUMENT_TOKEN_TO_BE_REPLACED 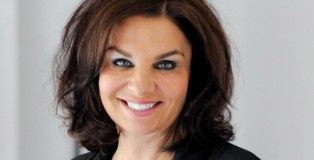 When Andrea Minichiello Williams of Christian Concern spoke at St Mary’s Broadwater on Sunday 15 February she set out in distressing detail how far British society has departed over recent decades from the foundation of biblical truth which underpinned our nation, our culture, and our laws for hundreds of years.

And the pace of that decline is accelerating. END_OF_DOCUMENT_TOKEN_TO_BE_REPLACED

A PETITION HAS BEEN LAUNCHED by campaign group ‘CitizenGO’ in support of a magistrate who lost his position after standing up for Biblical views of family.

HEART reported (February 2015) that Richard Page, a 68-year-old married Christian NHS manager, who has been a magistrate for 15 years, was found guilty of serious misconduct by the Lord Chancellor, Chris Grayling.  Mr Page had told colleagues that a child in an adoption case would benefit from a traditional family upbringing rather than gay parents. END_OF_DOCUMENT_TOKEN_TO_BE_REPLACED

MORE BUSINESS OWNERS will end up in court if their beliefs don’t square up to equality legislation – if a Christian bakery loses its legal battle over decorating a cake with a slogan promoting gay marriage. END_OF_DOCUMENT_TOKEN_TO_BE_REPLACED

A GAY RIGHTS ACTIVIST has called for the Equalities Commission to stop court action against a bakery run by a Christian family. 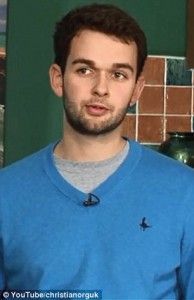 Daniel McArthur, who runs Ashers Bakery in Newtownabbey, Belfast, for his parents, faces prosecution and a compensation demand for refusing to decorate a cake with the words, ‘Support Gay Marriage’. END_OF_DOCUMENT_TOKEN_TO_BE_REPLACED

VICTORIA WASTENEY THOUGHT she was being supportive when she offered to pray for her unwell nursing colleague.

The 37-year-old, a senior occupational therapist at John Howard Mental Hospital in Homerton, East London, placed a hand on Enya Nawaz and prayed, “God, I trust you will bring peace and you will bring healing”. END_OF_DOCUMENT_TOKEN_TO_BE_REPLACED 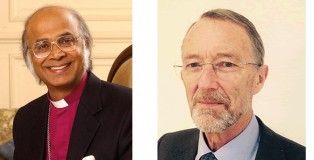 THE TREATMENT OF A MAGISTRATE by a Tory Cabinet Minister has been compared to ‘re-education’ camps in Marxist regimes by the former Bishop of Rochester.

Richard Page, a 68-year-old married Christian NHS manager, who has been a magistrate for 15 years, was found guilty of serious misconduct by Lord Chancellor, Chris Grayling.

His ‘crime’? He told colleagues in confidence that a child in an adoption case would benefit from a traditional family upbringing rather than gay parents. END_OF_DOCUMENT_TOKEN_TO_BE_REPLACED