New Bishop who thought God was having a laugh 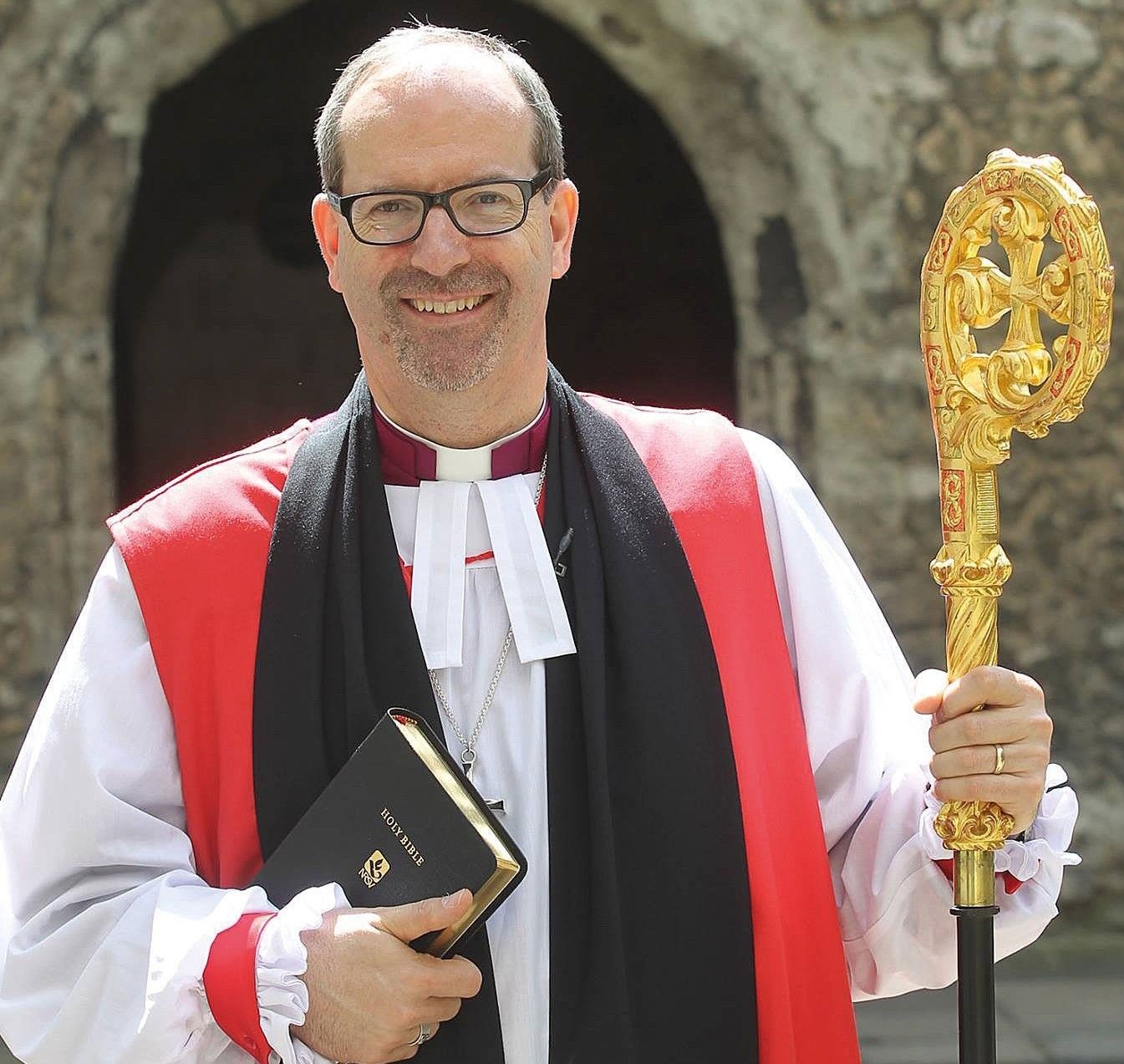 DESPITE OWNING UP TO “WIDE-EYED BEMUSEMENT, MIXED WITH NAUSEA” when he heard of his appointment as the new Bishop of Lewes, Richard Jackson submitted to the call and has been consecrated during a formal ceremony at Westminster Abbey.Aged 53 and the former Diocesan Advisor for Mission and Renewal for the Chichester area, the Rt Rev Richard Jackson took on the new role officially during the Eucharist hosted by the Archbishop of Canterbury and other bishops on May 14.

The new bishop, originally from West London, felt “wide-eyed bemusement, mixed with nausea” at his new appointment, according to notes in the Order of Service, adding, “God clearly has a sense of humour.”

HEART’s Haywards Heath distributor John Mummery and his wife Susan travelled up from Lindfield for the ceremony and afterwards Mr Mummery said: “The entire worship event was one which Sue and I would want to remember for the remainder of our lives with thanks and gratitude.”

Meanwhile bishops and other Anglican leaders from the Diocese celebrated the 20th anniversary of the ordination of women as priests at Chichester Cathedral on May 24.

The Bishop of Chichester, Dr Martin Warner, a traditionalist, said that the experience of women priests had not been “easy” with a “legacy of hurt and anger”. He also acknowledged women priests had enriched Anglicans’ life and mission.

Dr Warner added: “As we seek to move forward with growing confidence and common purpose, let us also ask for healing, wisdom and generosity in our love and respect for each other’s calling, gifts and contribution to the mission of God.”