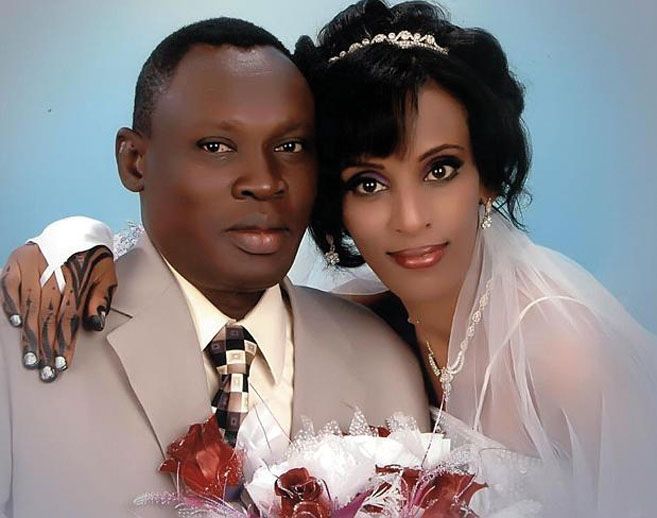 “DON’T STOP PRAYING FOR MERIAM,” is the message of Brighton and Hove’s Open Doors prayer group about the heavily pregnant Christian woman sentenced to flogging and death in Sudan.

Meriam is the heavily pregnant Christian woman who, at the time of going to press, still faces a hundred vicious lashes by a flogging whip and then death by hanging in a Sudanese jail.Meriam Yehya Ibrahim Ishag, 27, was eight and a half months pregnant with her second child at the time of her sentence, will be allowed to nurture her newborn for two years before the Sudanese authorities first flog her and then kill the mother-of-two on ‘apostasy’ charges for converting from Islam to Christianity – even though she has never been a Muslim. The court hearing in Khartoum on May 15 also convicted her of adultery under Sharia Law for marrying a Christian man.

Meriam, a doctor, refused to convert to Islam during a three-day period, saying “I am a Christian and I have never been a Muslim”. She has been detained in prison with her 20-month-old son Martin who is ill due to poor conditions, and denied all medical treatment. Her wheelchair-bound husband Daniel Wani has recently visited them both and found his wife’s feet shackled and legs swollen. Both Daniel and Martin hold US citizenship as well as Sudanese nationality.

She said: “Personally I’m currently focusing on the plight of Meriam in Sudan at the moment and she is very much on my heart.  The more Christians that can pray for her, the more power there is in the heavenlies!  Her whole situation is dire and so unjust, even looking at it from a secular point of view.”

The court’s decision has provoked international outrage with authorities ranging from the United Nations to Amnesty International calling for her release. Mahmoud Mohamed Taha, leader of the opposition Republican Party of Sudan, was the last known person executed for apostasy in Sudan – in 1985. He was a moderate Muslim.

The Barnabas Fund Christian charity has been supporting some 500 women and 100 children imprisoned in the same Omdurman Women’s Prison where Meriam is being held captive. These women are victims of harsh interpretations of Sharia Law such as not covering themselves completely in public or going out of the house without a male relative.

Margie Fforde, who has had her own health challenges recently, added: “Meriam is standing firm in the Lord and he will honour this.”

The Open Doors Brighton Prayer Group meets on the second Monday of each month to pray for believers suffering for the Lord Jesus. To find out more
email: margie.fforde@gmail.com
or tel: 07709 924613

The Co-chairs of Britain’s Christian Muslim Forum, Shaykh Ibrahim Mogra and Bishop Paul Hendricks, have issued a joint statement appealing for Meriam’s sentence to be dropped on grounds of compassion.

They said in a statement that it was “vital” people are able to enjoy freedom of conscience. “Our religions tell us that human interactions should be shaped by compassion and humanity, not by death sentences,” they said.