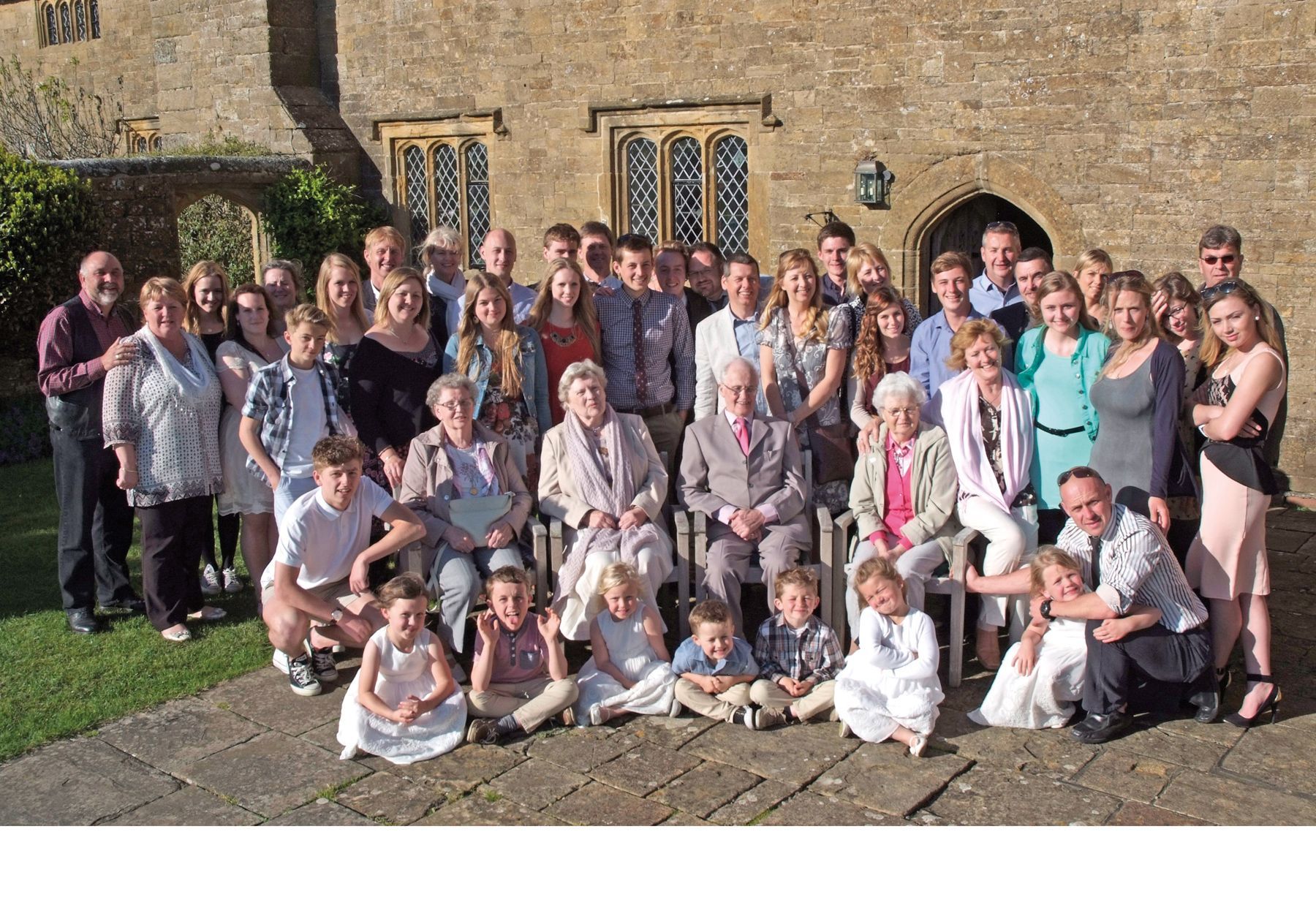 AFTER SIXTY YEARS OF MARRIAGE Jan and Lucy Van Driel might be hard to surprise, but their diamond wedding was marked by a surprise tea party celebrated with 45 family members.

The couple joined their seven children, 15 grandchildren and six great-grandchildren at Bailffscourt Hotel in Clymping near where Barnham, where they have lived for the past 28 years.

Now 88 and 82, Jan and Lucy came over from Holland in 1955 intending to stay for only for a year. But they worked on a dairy farm in Storrington and ended up staying in Sussex for the next 59 years and ran their own Friesen dairy herd from 1961-91 in Walberton.

Jan and Lucy both have a strong Christian faith and have attended the Baptist church in Walberton for 53 years. On Sunday a light celebration lunch was provided for church members.

Most remarkably, two of their sons, Hugo and Jan, are leaders of local churches Yapton Free Church and Bognor Vineyard.

Their oldest daughter Christine is a nurse. Daughters Johanna and Henni are both involved in farming as is their son Jack,  whilst their daughter Elizabeth has been in the educational field. Several of the seven children moved abroad, but all have now returned to England and their four daughters and three sons live within a 15 mile radius of the Van Driel home in Barnham.

Two of Jan Van Driels’ sisters Heilgje and Johanna travelled over from Holland to attend the celebration and only family members living in Bratislava, Hawaii and Australia were unable to attend.

Jan and Lucy have always had open house for their large family as well as friends. In the retirement years they have been kept busy by helping their children, involvement in the church, hospitality and gardening.

The couple’s commitment to their family and to each other, as well as their wise and godly parenting, were applauded during the speeches given on 6 May.

“This tea party has been a great surprise,” said Jan, adding: “To have seven children, 16 grandchildren and seven great-grandchildren is a gift from God.”