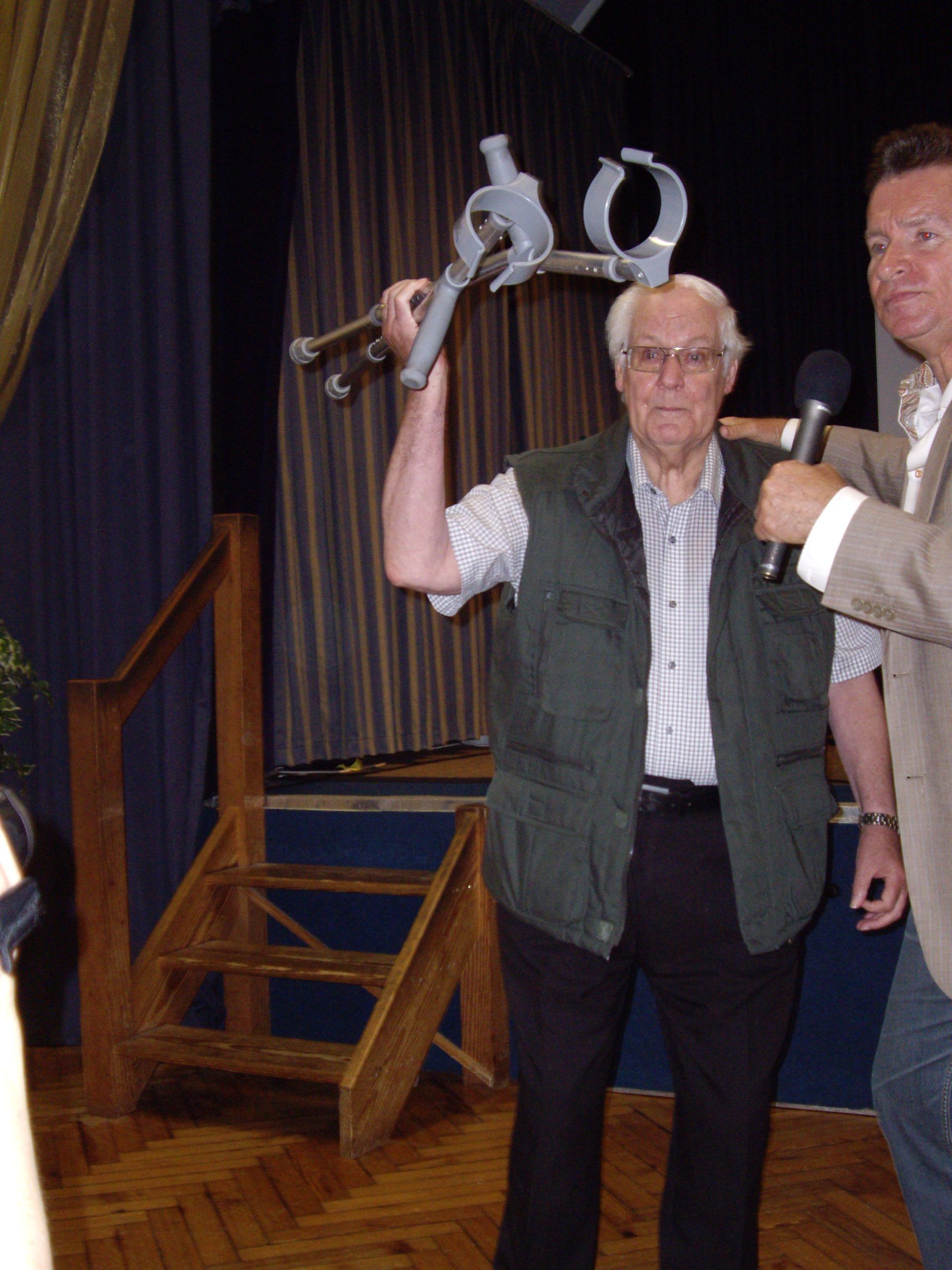 “GOD’S GOING TO DO A LOT OF MIRACLES TODAY, BECAUSE YOU CAN’T SEPARATE MIRACLES FROM JESUS”, John Mellor told visitors at the first of three weekend healing meetings in early September.

Host pastor Drew Kear of Coastlands Church, Worthing, reported that the Australian evangelist had received ten times the normal number of calls from enquirers for his meetings. Accompanied by his wife Julie, John had come straight from Scotland and was spending one weekend in Worthing before a visit to Richmond and then on to Switzerland.

Visitors came from as far as Northampton and even from Austria. His meetings attract churchgoers and non-affiliated people alike, as his ministry has received publicity in national press here and in Australia and recordings of his meetings are publicised on YouTube.

John preached a short message from the gospels, then prayed tirelessly for everyone who needed healing. Many reported immediate, dramatic improvements, while others testified to feeling better emotionally, such as in the case of a cancer sufferer. John explained, “Sometimes after people have suffered for a long time, they’ve been through so much that God heals their minds before their bodies.”

People reported healings from pain caused by long-term conditions, such as a lady who had experienced spasmodic back pain ever since being caught up in bombing at the end of the Second World War.

Another lady, Tracy, came because she had been healed of post-natal depression at a previous meeting held by John Mellor. This time her eyes were healed and she found she could read the Bible for the first time for two years without glasses.

Bill Holdstock, from Shoreham by Sea, arrived at the meeting walking painfully with two crutches. He told John he had scoliosis of the spine, and although an operation had been reasonably successful, the pain hadn’t gone.

Just three weeks earlier, after an MRI scan, the doctor had said he could not do any more for him and had increased his medication. Despite the painkillers, though, Bill felt the pain in his back was “Ten or 12 out of ten – I can’t take any more!”

Although it had been eight years since he could walk without crutches, after prayer Bill found he could walk unaided and even raise his arms above his head. Holding up his crutches, he asked, “Does anyone want to buy them?”

Bill’s wife said, “It’s a miracle – he couldn’t stand straight before. Getting up in the morning was sheer agony for him. But he came here in faith and said he was going to dance round the church when he got healed!”

Carla White had come for the weekend from Reading with her husband. Since the age of 12 when she had her first back injury, she had been in chronic pain. Now 31, she had suffered a second miscarriage 11 months ago. After that heartbreak, pelvic surgery had gone wrong, leading to internal infection. She was on “eight or nine” different antibiotics and had been told she had permanent bladder disease.

Although Carla had also been told after the botched surgery that she wouldn’t now be able to have babies, she could not face pursuing a case against the hospital.

But last February internal physiotherapy intended to relieve her pain had damaged nerves, resulting in neuralgia and sciatica.

John Mellor prayed for her, including a prayer to “Break the power of the doctor’s words” about permanent pain and barrenness, which had felt like a life sentence to the young married woman.

Soon Carla found she could touch the floor and walk without limping. Radiantly she said, “Healing is mine!”

But the pain did not go without a fight. Overnight Carla’s knee swelled up. When she returned to the next day’s meeting, she asked for further prayer and the pain went completely.