THE ATHEIST WHO FOUND GOD IN A STEAM ROOM! 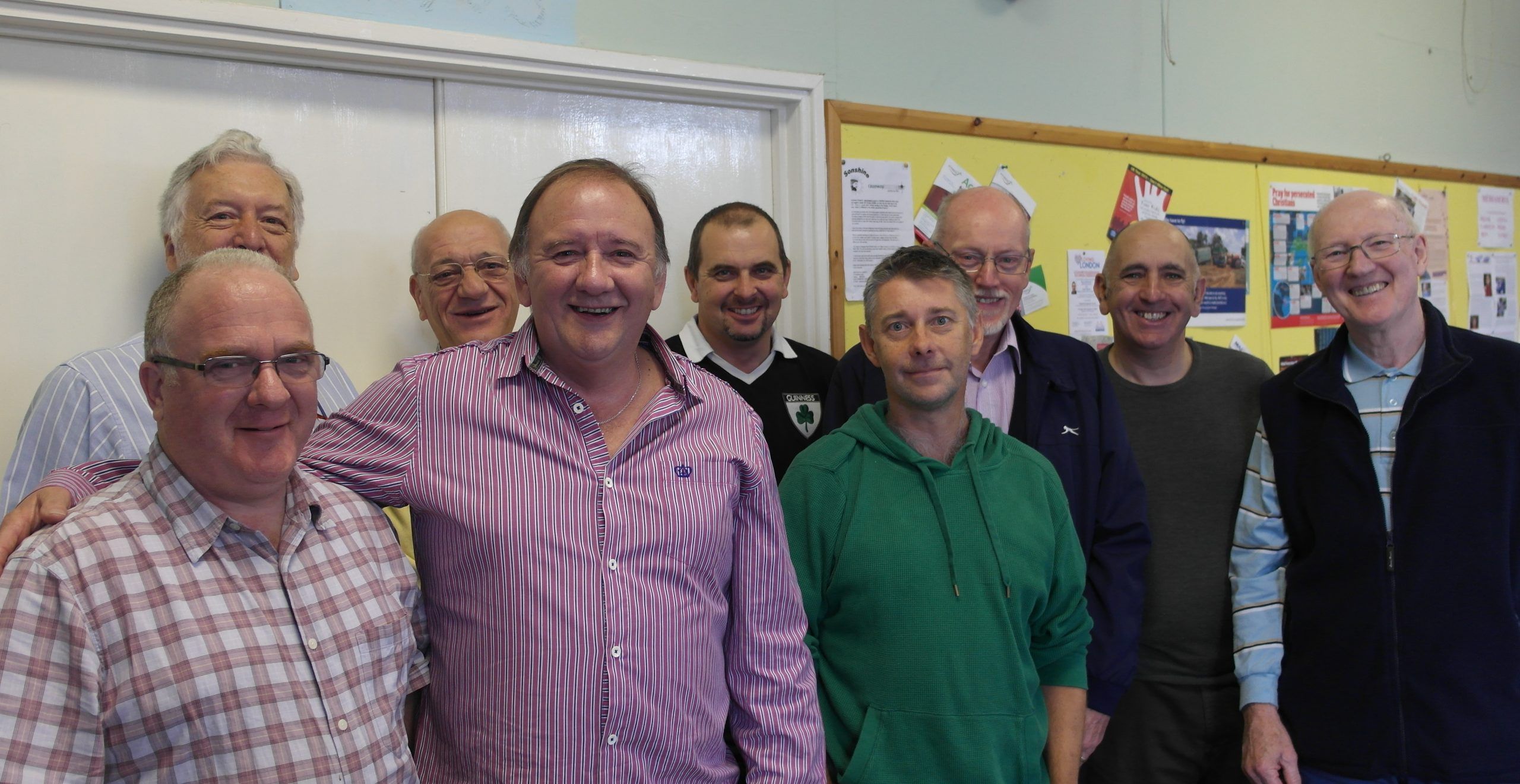 Mike Holdham was a committed atheist who found “amazing grace” – not at church, but at the gym!

HE USED TO EXPLAIN GOD AWAY AS A LOAD OF HOT AIR. That is, until he had what boils down to a spiritual experience – in a steam room!

Mike Holdham prided himself in being what he called a “science-based atheist”. He’d read the books. He’d learned the script. He’d removed God from the equation. Or so he thought.

Speaking at a recent men’s breakfast in Littlehampton, he said he felt religion was a means of social control. To him, Christians were “happy clappies” who sat around campfires in rainbow jumpers, playing guitars and singing.

“Mine is a journey from complete and absolute disbelief, to a new way, a new path,” he told the event run by Momentum, a local men’s movement which is part of Littlehampton Churches Together.

More than 20 men enjoyed a full English breakfast – and then listened to Mike’s story. “Like the song Amazing Grace says, I was once lost and now I’m found,” Mike explained. “And believe me, I was truly, truly lost.”

Now aged 60, his journey had started when he was three. His sister Julie died. He grew up believing he had murdered her. At the same time, Mike’s mother had a breakdown and used to spit on church steps, cursing God.

At age seven he slashed a boy’s coat with a knife and was put on probation. By 11 he was sniffing glue, then went on to using cannabis. “The drug taking and drinking began to escalate,” said Mike. He was full of hatred and bitterness.

“I realise now this was a way of escaping the torment inside,” he explained.  He was homeless and lived in squats in Brighton. At 25 he was addicted to amphetamine.

He used barbiturates and beer to get to sleep. As a result, he contracted hepatitis. “I nearly died twice in my recovery,” he recalled. Miraculously, he was offered a job working with people with learning disabilities.

“Just try it for three months,” his boss told him. “So I did,” said Mike, “and that’s led to a long career in social work and helping others.” He is now a senior social work practitioner with West Sussex County Council.

In an attempt to come to terms with his past, Mike started having therapy while in his 30s. Over the next 15 years he qualified in social work, counselling, therapy and neuro-linguistic programming or NLP.

“Those therapies didn’t quite fix me inside,” he remembered. “For all of that therapy there was still something missing.” He began to resolve some of the issues. But he found his life was still based around his ego.

“As an atheist I read and watched stuff that was science based that propped up my beliefs, and gladly dismissed counter arguments about God. Unconsciously I did that because I wanted to make my world as it was.”

He joined a gym, where he met Mary, who was to become his wife. She was a practising Christian.  Mike felt if she found a personal faith helpful, then she should pursue that.  But he had no interest in her beliefs.

On 22February 2010, he walked into the steam room of the gym, as on many occasions before. He stared at the floor, reflecting on the question, “What am I going to make for dinner?” It was nothing deeper than that.

But something mysterious happened. “All of a sudden I was transfixed,” he said. “On the floor appeared this amazing golden cross and it was lapped by these flames.

“I wasn’t frightened or thrown by this. It seemed quite natural. As I began to feel a sense of peace, the cross came up from the floor and it actually wrapped itself around me. And again, I felt okay with this.

“It was just like a father picking up his child. I have never felt so safe, so secure, so complete in my whole life. Then I heard three words that I would never have expected to hear in my life – ‘God loves you’. At that moment all I could do was blub. I cried and cried and cried.”

Mike raced home to tell wife Mary about his experience. “I didn’t know if I’d been hallucinating. I certainly hadn’t been taking any drugs. I hadn’t had a drink.” Mary was deeply moved by her husband’s story.

The couple joined an Alpha course at Arun Community Church in Littlehampton. “It was a really good place to start,” said Mike. “I thought Jesus was made up like Mary Poppins. I never realised Jesus actually had a place in our history.”

They went on to join a Christianity Explored group at St Margaret’s Church, Angmering, where the couple now worship. “Today I have a new life, new values and a new family,” said Mike.

He believes how much good psychology and NLP actually have their roots in Scripture. The Bible itself encourages people to have a healthy thought-life, with a positive attitude.

Mike said he’s started reading Darwin again. This time he’s been finding gaps in the theories. He’s been rethinking much of his former beliefs. “The Big Bang theory doesn’t explain where the Big Bang comes from,” he added.

Faith has become a vital force. When his team were trying to help a struggling family, Mike left the room and prayed. When he returned, a colleague had found a Christian organisation who could assist. “I know that prayer works,” said Mike. His mother also rediscovered a personal faith before she died.

He feels he has gone through his dramatic experiences so he can tell others there is hope. “There is a God out there,” says Mike.

Clive Price is a media consultant to businesses and charities. He is also part of the core team of the men’s movement “Momentum”.