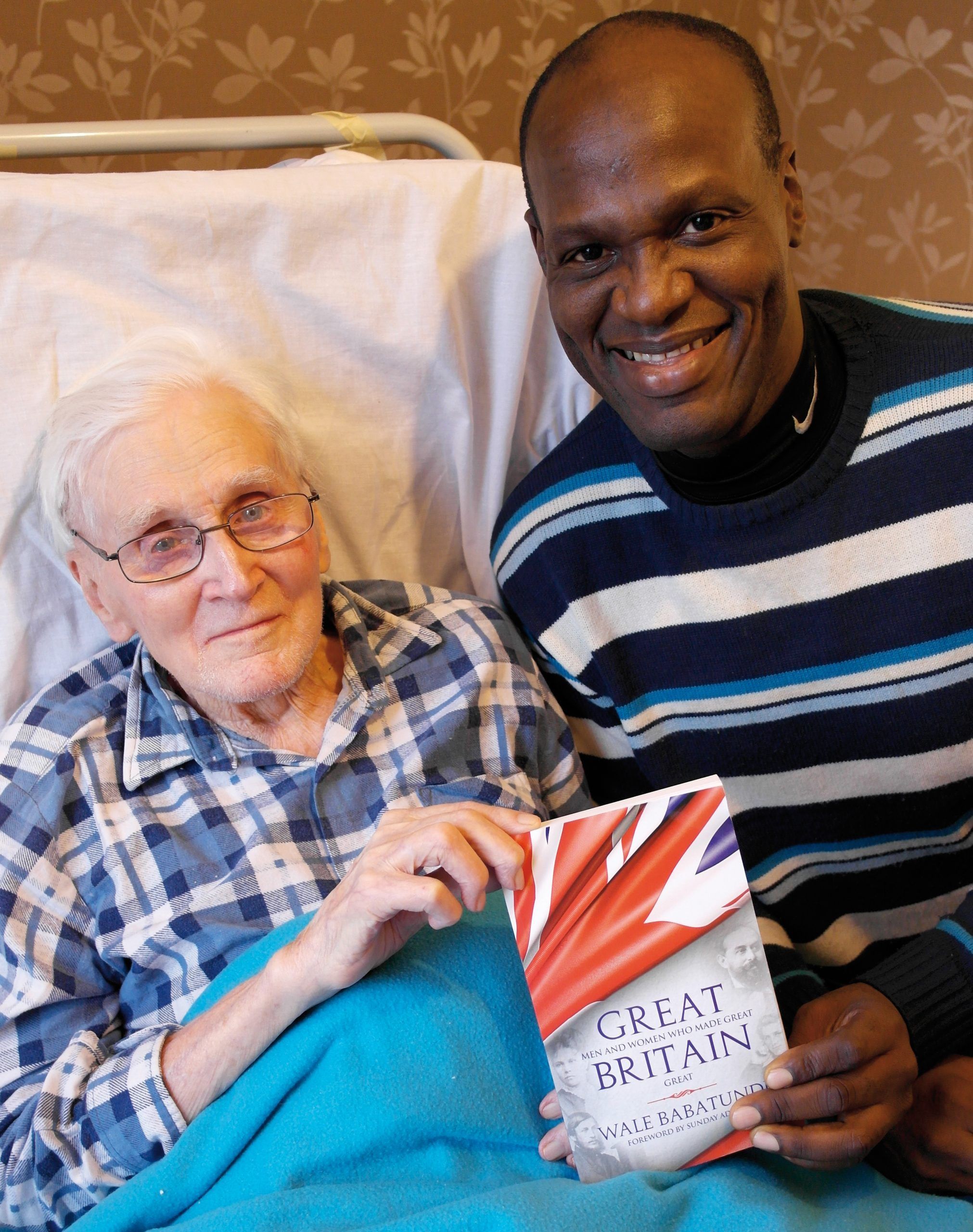 WHAT HAVE THE CHRISTIANS ever done for us? That question has been explored by London pastor Wale Babatunde. The answer he’s come up with is that they shaped British history – and they should do so again.

Wale’s analysis led him to write a book – “Great Men and Women who made Great Britain great” – which has attracted support from Worthing’s own veteran campaigner Steve Stevens. Aged 94 and now bed-ridden, this former leader of the Nationwide Festival of Light believes Wale is among those who will continue to carry the torch for Christian values.

Senior Minister of the World Harvest Christian Centre, 47-year-old Wale has examined stories about not only political reformers but also sportspeople and business leaders.

“Without any shadow of doubt, I saw the footprint of Christianity and Christians everywhere,” he said of his research. “The facts are there – let’s go back to our foundations.”

Steve Stevens came across Wale’s writing when Wale’s first book “Great Britain has fallen” came out in 2002, and has followed his work since. Steve himself has earned much respect not only as a campaigner for public morality but also as an ace pilot.  He helped liberate the Balkans during World War II, flew Dakotas in the Berlin Airlift and piloted mission planes for MAF.  For his service to the country he loves so much he was awarded the DFC (Distinguished Flying Cross).

Born in South Africa, Steve volunteered for service in WW2 and later married Kay, who died two years ago.  Their daughter Pam lives nearby and helps her father with his emails, his main form of campaigning these days.

Up until two years ago he was able to go out in his wheelchair to campaign and on one such occasion, wearing his war medals, he was in Brighton when members of the gay community approached him, recognising his military honours.

“To my amazement, beautiful young women came up and kissed me on both cheeks, and men came and lifted my hand to their lips,” he said. “What were they doing?  They were acknowledging that I had been willing to give my life for them.”

Among Steve’s current concerns is the need for Christians to unite across the denominations in a bid to promote moral values. “We should be willing to find the points we agree with,” he told HEART OF SUSSEX, “and they’re usually the major ones.”