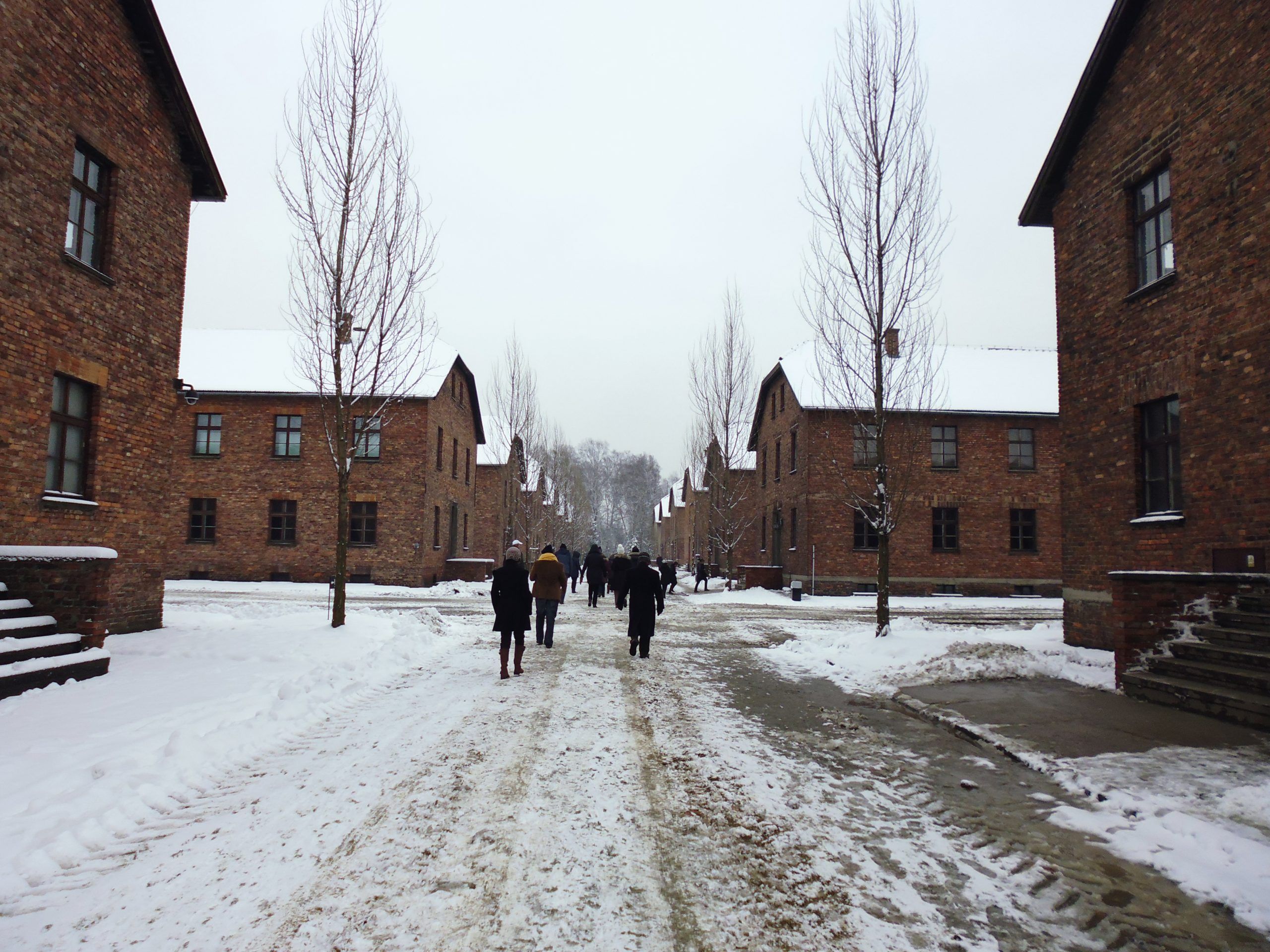 Last issue we reported on the impending visit of Sussex Christians to Auschwitz to coincide with the 70th anniversary of the liberation of Auschwitz.  Among them were HEART’s Billingshurst and Midhurst distributor, Roger Overton-Smith and his wife Susan. Here is their report:

Amazingly, just like the pictures you see of Auschwitz Birkenau, it snowed for the first time this winter in Poland the Sunday we arrived, so we saw it for real under snow, although our warm clothes prevented our experiencing the unrelenting cold that the concentration camp prisoners endured in their thin ‘uniforms.’

Between 2-300 of us attended, representing altogether about 26 countries and altogether it was a remarkable experience. A marvellous programme had been put together for the week.

On Monday we went to Auschwitz and to a church at Birkenau, which was situated just across the road from the fencing and barbed wire of Auschwitz-Birkenau (a beautiful church where to our horror and amazement we were told some of the SS officers attended – can you believe that?) and this was followed by talks, prayers and worship on the Tuesday and Wednesday, and a concert in the largest synagogue in Krakow on Tuesday, the 70th anniversary of the liberation.

A Canadian government official gave a wonderful talk there on why Canada is so supportive of Israel. Other speakers at the hotel included a softly spoken nun from the Sisters of Mary (founded in Germany by Mother Basilea Schlink) who gave a powerful talk, asking the question “How could such an apparently intelligent Christian nation do such horrific things?”