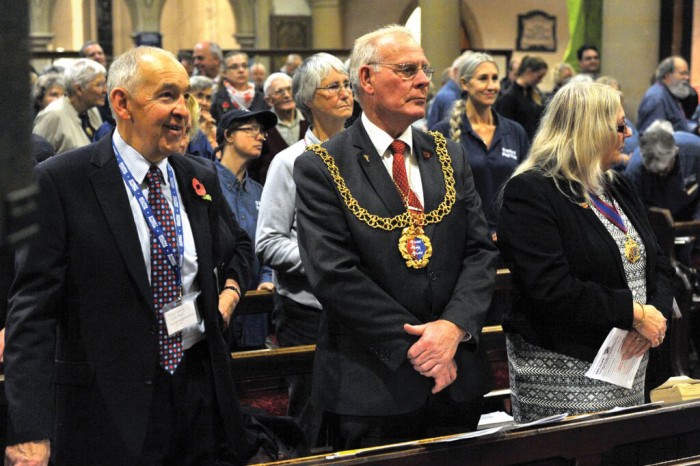 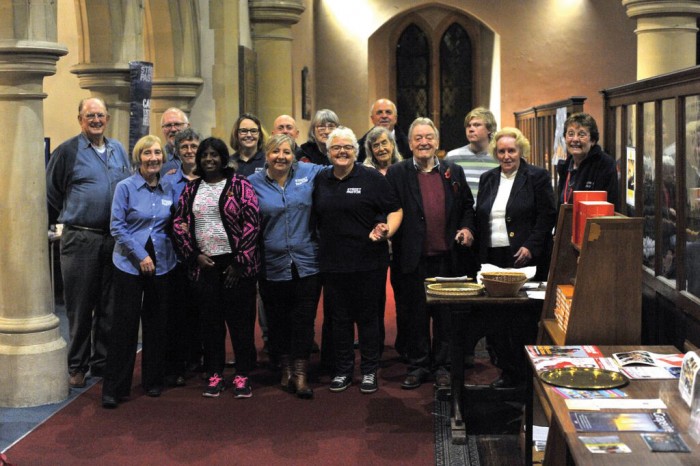 IN A well-attended celebration service, 27 new Street and Prayer Pastors have been commissioned for Hastings, Bexhill and Rye.

Rev Simon Larkin, new minister at Holy Trinity Hastings, gave an uplifting and thought-provoking talk, and Street Pastor trustee Howard Williamson highlighted the way forward. Exciting times are ahead for the group, which is now in its sixth year of operation in Hastings.

This now brings to 68 the number of Pastor volunteers in Hastings, representing 24 local churches. Each give up one night a month from 9.30pm to around 3am, and the team go out Thursdays, Fridays and Saturdays from their base at Wellington Square Church. So far over 600 duties have been completed in Hastings, amounting to over 25,000 hours of service, and six lives have been saved as a direct result of their work.

Although the Pastors’ remit is to never preach, but to listen, help and care for anyone the team come across, six people have become Christians. God had clearly drawn them to the Pastors.

In another example of God’s timing, the team were astounded on Halloween night to come across two black-clad 16-year-olds loudly proclaiming curses over the town – directly from the satanic bible. The team engaged them for half an hour and prayed the curses back to where they came from.

To meet the ambitious challenges ahead, training for new Street and Prayer Pastors is being planned from April 2016. Interested? Call Co-ordinator Martin West on 07964 167870 or email him on hastings@streetpastors.org.uk. Martin also invites you to like the Hastings Street Pastor Facebook page.

France prayer meeting had been booked for the DAY AFTER Paris

Kent Christians: France is mission field on our doorstep